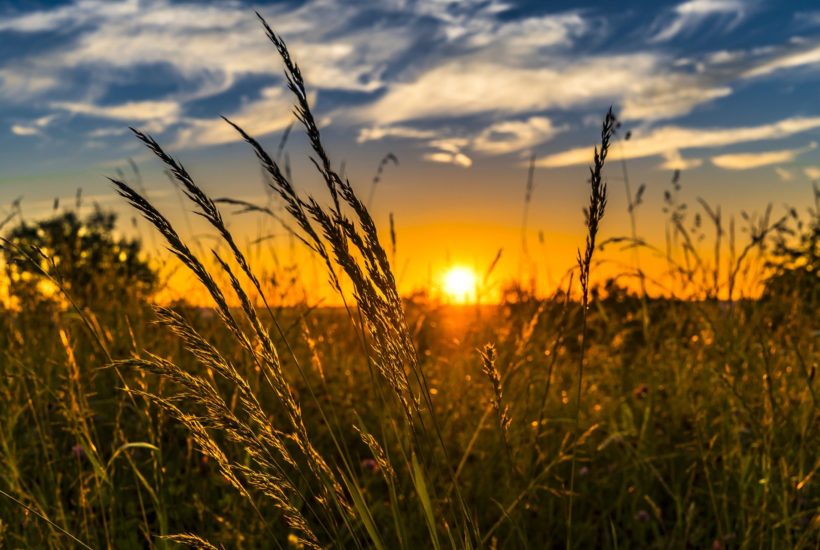 Wheat markets were higher and closed near the highs of the week.  Chart patterns are bullish in all three markets and all are looking forward to increased demand for US Wheat.  World markets rallied in the face of reduced production potential for Australia and the new tax regime for Argentina.  Russia has less Wheat this year and prices in the Black Sea region have strengthened. World prices will still be dictated by what happens in Europe and the Black Sea area and US prices will most likely remain a follower as the US tries to compete for sales.  The lack of production in Russia and in the southern parts of the world means higher prices for now. USDA released its monthly supply and demand updates and Winter Wheat plantings. All were in line with trade estimated but were considered bullish anyway. The Winter Wheat seedings report was especially bullish as it indicated that US farmers had planted less Wheat than at any time in the last 100 years.

Corn closed a little lower and Oats moved a little higher last week.  The main driver remains demand or rather the lack of identified demand over the short term.  Export demand has been disappointing and ethanol and other industrial demand has started to improve but faces an uncertain road ahead.  Much of the improved ethanol demand will be seen if and when China starts to buy. Feed demand was improved as seen in the latest quarterly stocks report.  That report showed less supplies on hand than expected. There is little Corn available to the domestic cash market. The market has been short Corn as farmers have been holding.  That means that there is very little Corn available to the domestic and international cash market. Ukraine has been selling and offers from Argentina have been at lower prices. USDA also issued its monthly supply and demand estimates along with its annual production report.  Production was greater than expected but the demand, especially feed demand, was improved as well. The trade chose to concentrate on the improved demand as USDA still does not have a real handle on production. It will resurvey again in northern states to try and finally put the production estimates to rest for the extreme year of 2019.

Soybeans and Soybean Meal were slightly higher for the week.  It was a narrow trading range in Soybeans. The news that the US and China had reached agreement on a Phase One deal that covered agricultural goods was bullish.  A signing ceremony will be held in the US on January 15 and then new buying from China is expected. A lot will depend on the price of US Soybeans and those from Brazil and Argentina.  Lower prices there will hurt overall demand here. China will return in the end to buy at least as many Soybeans as it did before the trade war, but when is the main problem and is compounded by good growing conditions and ideas of big crops in South America.  Many US producers have put their Soybeans into storage and not selling. This has caused basis levels to firm in the country and at the Gulf of Mexico. USDA issued its annual product ion report along with its monthly supply and demand estimates. Production was a little higher than expected for the same reasons as in Corn.  USDA will resurvey some states in an effort to find the true production at least in the Spring. No real changes were made to demand but demand is expected to increase with the Chinese purchases.

Rice was a little higher for the week and held within the recent trading range.  The tone remains firm but some speculators and producers have been selling. The weekly charts still display a bullish market.  Prices are profitable for producers at this time. Some are also selling the next crop and the trade and open interest in the September contract is relatively large for the time of year.  More selling from producers of the next crop is expected on any further rally attempts. Demand for US Rice remains generally positive and the export sales pace in general has been very good.  The US domestic market is now quiet with the harvest mostly done and no one real interested in selling. Mills and exporters are thought to be covered. USDA issued its annual production reports along with its monthly supply and demand estimates.  Production and ending stocks were cut and this should provide a bullish input for the trade this week.

World vegetable oils markets were mixed, with Palm Oil and Canola closing near the highs.  Soybean Oil closed lower after finding some selling interest on competition from Argentina and news of the Iranian general being killed by US forces last week.  Palm Oil got stronger export news as the export demand has held well so far this month despite the increase in prices. MPOB showed that production in November was less than expectations.  Trends are up in Palm Oil and for Canola, but are turning down in Soybean Oil.

Cotton was higher last week.  The weekly charts still show bullish trends and ideas are that further price gains are coming.  A catalyst for the rally has been the trade deal between the US and China. China has also been buying Cotton from the US and Brazil as it needs higher quality Cotton to blend with its domestic production.  It did not really buy last week but will probably resume buying once the new trade deal is signed on January 15. The market has not been able to move a lot in terms of price for the last month as the harvest has been ongoing amid some stressful conditions.  The harvest is now about over and certified stocks are now leveling off. USDA showed the production problems in its annual update and held demand strong. The report was considered bullish for futures. World data also showed reduced ending stocks and the world report was also considered bullish.

FCOJ was lower for the week and the situation remains bearish.  USDA on Friday left its Florida production estimate unchanged at 74 million boxes.  It is a big crop with not many outlets for consumption. Good growing conditions and increased oranges production estimates by USDA this season have been bearish.  The weather has been great for the trees as there have been frequent periods of showers and no severe storms so far this year. Many areas have been dry lately and irrigation is being used.  Crop yields and quality should be high for Florida this year. Inventories of FCOJ in the state are high and are more than 38% above last year.

Futures were lower for the week in New York and in London.  The weekly charts suggest that further price weakness is possible.  Rains were reported in Brazil Coffee areas. The Brazilian crop is developing well but some exporters are out of previous crop supplies to sell.  They might have found some more to sell in the last week as offers were said to increase from the country due to the weakness in the Real. It is dry in other parts of Latin America.  Central America has had less than normal rains, especially in Honduras. Peru is also too dry right now. The Asian harvest is underway but producers do not seem to be selling on ideas that prices are too low.  Vietnam exports remain behind a year ago, but the market anticipates bigger offers. Vietnamese crops are expected to be big despite uneven growing conditions earlier in the year.

The markets closed higher.  The US Dollar has turned weaker and this was a signal for Brazil to step up its export pricing program.  Reports indicate that little is on offer from India. Thailand might also have less this year due to reduced planted area and erratic rains during the monsoon season.  There is still more than enough Sugar for any demand and that India will have to sell sooner or later. Reports from India indicate that the country is seeing relatively good growing conditions and still holds large inventories from last year.  However, these supplies are apparently not moving and this could be due to less government subsidy for mills and exporters. Reports of improving weather in Brazil imply good crops there.

Futures closed higher in both markets.  Harvest is now active in West Africa and reports are that good volumes and quality are expected.  Ideas are that demand is currently very strong due to the current price action. The reports from West Africa imply that a big harvest is possible in the region.  Ivory Coast arrivals are strong and are above year ago levels. The weather in Ivory Coast is good. The precipitation is a little less now so there are no real concerns about disease.  Ideas are that the next crop will be very good.

(Featured image by FelixMittermeier from Pixabay)