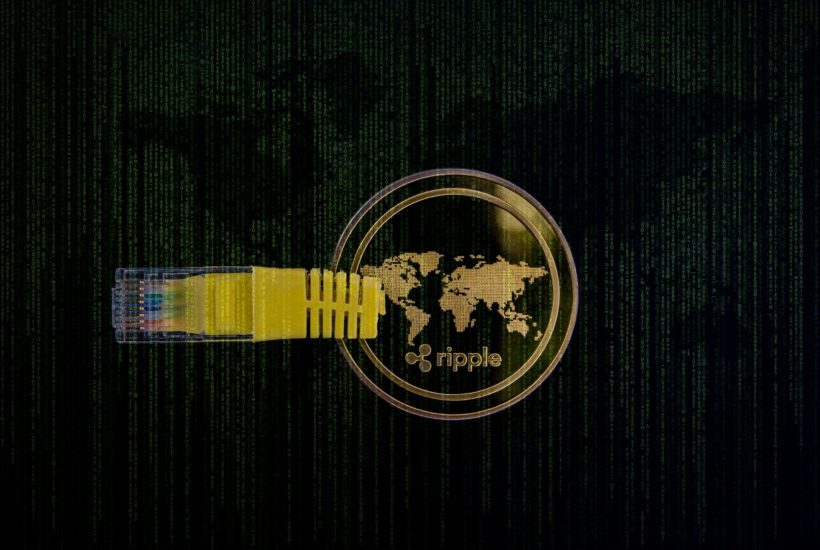 According to a report by the major Swiss bank Credit Suisse, it appears like Ripple has reached a new milestone. Because one of the world’s leading companies for international payment transfers, namely Western Union, has probably approached Ripple and XRP in secret. The money transfer company wants to find out if technology can boost the speed in international payments. Consequently, at the moment, the company is testing Ripple’s XRP.

Find out more information about a possible partnership between Western Union and Ripple with our companion app, Born2Invest. Read the latest finance news in the world and be the first to find the most important stories in the crypto sector.

Ripple and the Credit Suisse report

The starting point for this news is a Credit Suisse research report recently published. The referenced report generally deals with the major topics of “Payments, Payment Processing & FinTech”. On a total of 261 pages, it provides a detailed classification of the various solutions in the payments area; this naturally includes an analysis of market participants.

The report comes to a conclusion that is already known as “the motivation par excellence” of Ripple: international payments are slow and cost-intensive.

For this reason, Ripple saw itself called upon a few years ago to create a new system that could process cross-border payments significantly more efficiently. The solution was the Ripple Ledger and the native crypto currency XRP.

Ripple solutions are more successful than solutions from TransferWise and Co.

With the strategic acquisition of Moneygram, Ripple has already been able to attract a major player in the payment services industry to its side. This success is also acknowledged in the mentioned research report. Among other things, the report states that Ripple’s own solution is significantly more successful than proprietary developments from TransferWise, Western Union or Remitly.

The following facts must be considered: Ripple and its solution RippleNet now has around 300 customers. The use of On-Demand Liquidity (ODL) in combination with XRP is also increasing. As a result, Moneygram, for example, has already been able to record a significant increase in profits, as liquidity costs have fallen significantly.

Western Union is now one of the pilot customers

On page 214 of the report, the section on Western Union and Ripple is added. After the previous pages have dealt with the influence of crypto-currencies and decentralized solutions for cross-border payments, there are given concrete examples.

However, the 2020 report’s statements remain somewhat vague. That is what it says specifically: “Western Union is testing and considering using Ripple (XRP) for cross-border payments.”

Since neither Western Union nor Ripple have made any more precise statements at present, we can only speculate. The fact is that Western Union is one of the big players in the international money transfer business. Last year, Western Union’s general manager for the Asia Pacific said that the company will start using cryptocurrencies. “When you think about cryptocurrencies, if those start to take off, we need to be ready. We need to be ready from a technology perspective.”

With a presence in more than 200 countries, it is probably one of the central contact points for cross-border payments. A potential partnership could probably bring advantages for both companies. For one thing, Western Union could significantly reduce ongoing operating costs. On the other hand, Ripple and XRP could score points through this prestigious partnership.

(Featured image by WordlSpectrum via Pixabay)