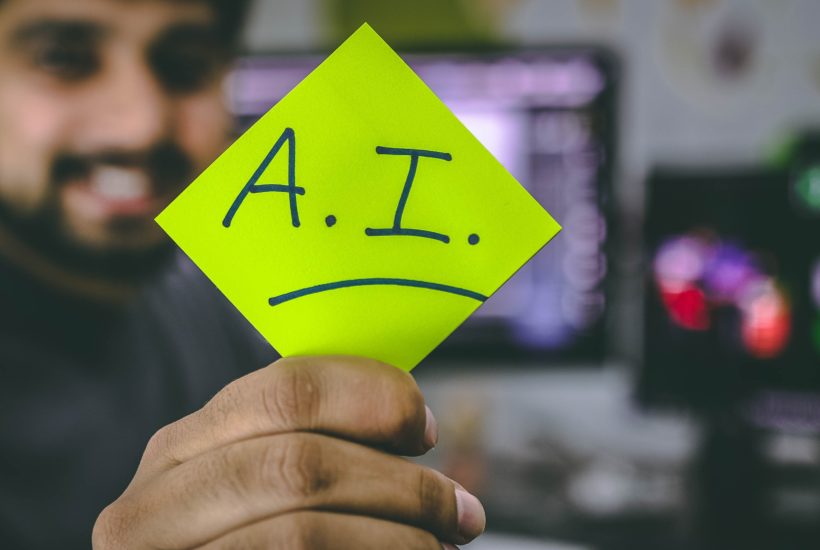 Stepping into the era of globalization, artificial intelligence becomes the main influential technology that has been acknowledged its ability. Artificial intelligence (AI) is a kind of technology that makes the devices smart as human beings to develop human life by using these devices in all the life aspects such as service robots, healthcare, education, including electronics, software, medicine, entertainment (games), engineering, communications, and manufacturing.

The majority of people understand the importance of AI and the role it has played in enhancing their lives. To prove it, based on figure 1, 59% of the people agreed that AI had greatly influenced their lives, 24% failed to recognize the role played by AI and 17% did not know whether it had played any part or not. However, despite its advantages, its negative effect has also been debated all over the years. Many pieces of research have been conducted in order to analyze the pros and cons of this creation. Therefore, this essay will discuss the advantages of AI in various fields which are education and expert systems. Next, this writing will expose the reader to a risk on the involvement of AI in both fields which is unemployment.

First, the creation of artificial intelligence has contributed a lot to the education field. The creation of artificial intelligence is able to solve the intellectual problem that cannot be solved by the human. A major thrust of AI is the development of computer functions normally associated with human intelligence, such as reasoning, learning, and problem-solving. Machines that are invented, have the ability to works beyond human’s ability. For example, a computer would be programmed as a tutor that would observe the efforts of a student in solving a problem. Robots such as Ozobot and Cubelets teach and help children anytime over office hours. In addition, the computerized tutor is trusted to be more critical than a “live” teacher as it can detect student error effectively and more critically. However, relying on the machines’ teacher, disadvantages come when the machines sometimes are not adaptable to some situations that may not be programmed to it.

For instance, when it comes to the High Order Thinking Skills question, the machines cannot solve the problem because they are not programmed to it (HOTS question). Next, AI in education also may become not as effective are they are emotionless. In the AI world, there is nothing to do with emotion, understanding. They cannot understand the student’s situation on emotion and are unable to solve the student’s situation which is unfamiliar to them. As the result, it will create a gap between a student and the tutor. Other than the education field, researchers agree that AI also gives a positive impact on the expert system. Undeniably, the invention of machines has reduced the use of human power in the expert system.

Advantage counts the smarter artificial intelligence which promises to replace human jobs, freeing people for other pursuits by automating manufacturing and transportation, self-modifying, self-writing, and learning software which relieves programmers of the burdensome task of specifying the whole of a program’s functionality which can make deployment easier and less resource-intensive. Clearly, AI eases human life. That is because AI programs can make decisions that normally require a human level of expertise. Plus, expert systems, combined with robotics can operate more accurately than humans. As an effect, their involvement in this job will accelerate production rate and reduced error in manufacturing. This is supported by Frey and Osborne who claimed that this tool creates consistency in the rate of production with efficiency and effectiveness assuring the management of quality work. This can minimize the loss of profit of the company. In the current world, AI has been used widely in the most expert system. To prove that, the world’s largest automobile companies, Toyota and Honda applied up to 80% of the automation of the manufacturing process. Indeed, AI has been actively involved in the manufacturing sector.

Even though artificial intelligence gives so much contribution in both fields, its limitation cannot be denied. Rapid advances in AI could lead to massive structural unemployment. According to economists like Cowen, McAfee, and Brynjolfsson,  technological progress will widen the income gap even further and may lead to falling incomes and rising unemployment in large segments of the population. This statement means that with the introduction of new machines and intelligence IT systems, manpower is becoming irrelevant for the work process year by year. AI has taken over humanity’s role in most aspects of life.

This is truly proven by researchers who found that 60 percent of occupations in the world is occupied with at least 30 percent of automatic worker (machines). AI will eliminate some jobs for the human that can be done by machines. Gerlind Wisskirchen, et al. (2017) underlined in the journal entitled ‘Artificial Intelligence and Robotics and Their Impact on the Workplace’, the jobs are high routine occupations such as an accountant, court clerk, or desk officer at fiscal authorities. He added the probability of the relevant job being eliminated is 89 percent.

These jobs are replaced by computerized software which is designated exactly to the target of the production. Based on the study, employers prefer AI because they believe that AI is cheaper and create an increase in profits for the corporation. In addition, they believe that AI can minimize error compared to the human. In addition, choosing AI will accelerate production as well as give maximum profit to the company. When all the advantages go to the machines, manpower will be insignificant in this world. Jobs like mending machines, packing items will be extinct in the future. An uneducated person will lose the opportunity to work while all the graduates will end up their ‘career’ as jobless. McKinsey through his research revealed that by the year 2030, up to one-third of U. S workers and 800 globally will be jobless.

As the consequences of unemployment, Cowen explains that the gap between rich and poor will continue to grow, which will inevitably lead to social unrest that will be a ‘danger for the growth of the economy. This means that the poor will remain jobless as all the occupations are done by machines, while the rich will grab as much profit as they want and increase their wealth from the ‘tireless’ worker. If humans do not take quick action, all the jobs in this world might be taken over by machines as they are more effective than humans.

To conclude, the field of artificial intelligence is truly a fascinating one. The existence of artificial intelligence in form of robots and machines undeniably provides competitive benefits like many other new technologies, AI is changing our lives every day and ease most of human activity. While AI is extremely helpful in expert systems and could take over teacher’s roles in education, people must be aware that AI could lead to another problem for humans which is the increase in unemployment. In the long term, unemployment will widen the gap between the rich and the poor. Thus, to minimize the risk of AI, the involvement of AI in daily life must be limited to prevent “Man will become the Machine and Machine will become Man.”