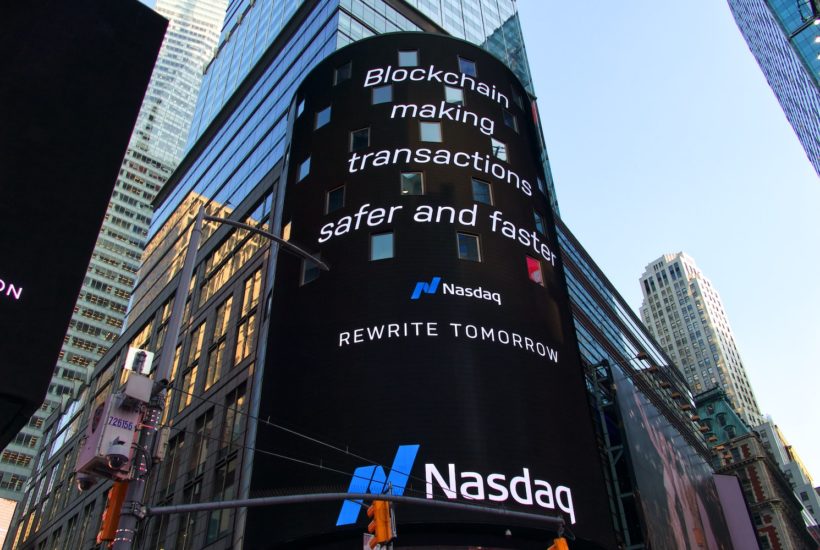 To many, the future of blockchain investments appears uncertain: After a monster year in 2018, overall funding for blockchain startups fell by 28% last year. Several factors likely contributed to this decline, including the fact that many younger companies in the space are still searching for the product/market fit that would entice large investments.

Although retail investor enthusiasm for cryptocurrencies fueled a massive influx of institutional blockchain investment in prior years, 2019’s environment was decidedly different. Blockchain’s viability in facilitating value exchange was proven, and the companies leading the cryptocurrency space had already secured colossal deals. Coinbase, for example, raised an additional $300 million in series E funding to scale its business before the close of 2018.

The range of applications for blockchain technology is enormous, and VCs know this. According to CB Insights, recent blockchain investment has centered on early stage companies. This suggests that the space as a whole is still relatively young.

Increasingly, VCs are likely to look beyond investing in blockchain companies building infrastructure or tools. Instead, they’ll likely opt for investments in applications that use said infrastructure.

In prior years, investors provided substantial capital to firms building public blockchain infrastructure — but there was also investment in blockchain infrastructure for enterprise applications. In both areas, this created significant (and perhaps excessive) competition that led to rapid maturation of the platforms on which financial and other types of blockchain applications can be built. This is great for startups, as it creates opportunities to build and scale applications on top of these platforms.

The current environment is analogous to the early days of the cloud. As cloud platform capabilities grew, startups used cloud services to quickly create highly valuable solutions. And much like cloud computing took off on the back of enterprise adoption in the last decade, the proliferation of blockchain technology depends on its ability to solve complex business problems. Blockchain for business might not be moving as fast as the Amazon (NASDAQ: AMZN) cloud did, but the technology is steadily working its way toward mainstream adoption in the B2B space.

This history points toward what will likely fuel the next investment boom.

Blockchain’s financial applications remain dominant, but several years of enterprise-led proofs of concept have shown that applications in other areas are valuable. In fact, Gartner notes that the business value blockchain could create will exceed $3 trillion in just a decade.

For these proofs of concept to leap to widespread adoption, however, they’ll have to spread development and operations costs across many enterprises and make their solutions easy for businesses to adopt. This is a huge, perhaps unprecedented opportunity for blockchain startups.

Startups can take a proven concept and rapidly achieve the product/market fit needed to secure the level of investment we saw in 2018 from VCs seeking to maximize returns and minimize risk — especially amid the uncertainty of a global health crisis. Agile, driven startups are the right teams to turn enterprise development projects into blockchain-enabled products that enterprises can easily use and get value from.

Though it might appear daunting, turning a successful proof of concept into a mainstream enterprise solution isn’t a quantum leap. Founders seeking capital to help them take this step must keep the following points in mind to make the case to early stage investors:

1. Enterprises understand the value, but they have limited ability to take concepts forward.

According to Deloitte, roughly 86% of business leaders believe that blockchain technology is widely scalable, and nearly the same amount say that their teams have identified compelling business applications. But whether it’s due to a lack of funds, focus, expertise, or interest in working with others, enterprises often prefer to be users rather than builders. Startups that show they can partner with these businesses to deliver value — all while capturing a healthy portion of the financial returns generated by their technology — have a compelling case to make to investors.

2. Enterprises want to help startups that are building technology they’re using or incubating.

Blockchain solutions can provide significant efficiency benefits for enterprises, even when the network is just starting. Enterprises with corporate venture funds look for startups that are demonstrating value in their own organization. Beyond funding, these corporations also provide guidance, accelerators, and connections that increase a startup’s value. Startups that can build even a small network with one of these businesses will be in a perfect position to get funding to grow.

Remember: Blockchain solutions involve multiple parties operating on a shared, trusted platform. Once a network gains traction — also known as its critical mass — it only makes sense for the network creator and other developers to build on top of it. This provides additional value to users and revenue for the platform provider. Moreover, blockchain networks tend to establish new processes. This leads to new IP, which could provide value even if the network’s reception is lower than expected, another strong argument to capture investment.

The reality is that most enterprises simply aren’t equipped to build commercial software products, sell the use of innovative solutions (that aren’t among their core offerings), operate blockchain networks, or design and manage network governance processes. With this, startups have great opportunities to take viable concepts and present them as easy-to-adopt solutions. The ones that capitalize on these opportunities will be rewarded by investors and customers and become the leaders in the next era of blockchain growth.