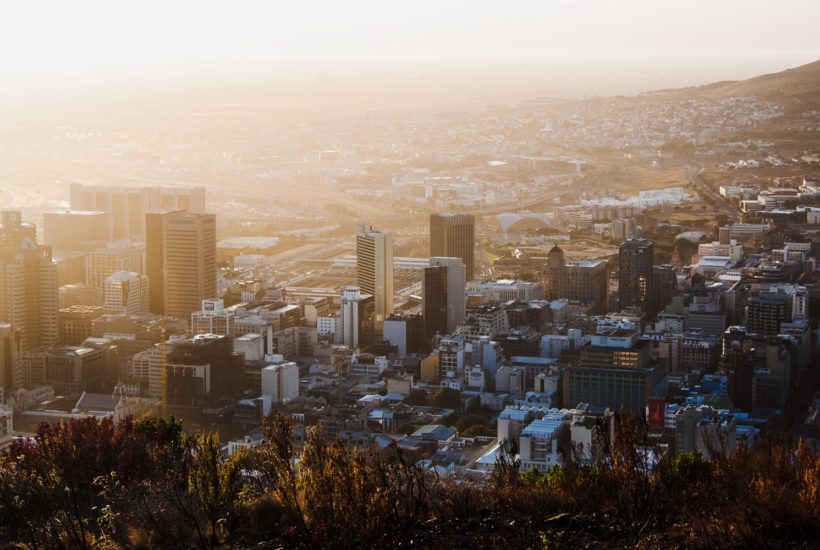 In June 2011, Walmart, the world’s largest retailer, invested $2.4 billion to own 51 percent of Massmart, a South African retail company. Since that day, it has come to the world’s attention that the continent is teeming with investment opportunities that come in various forms.

Before Walmart’s move, many assumed that the only way to invest in the world’s second-most populous continent is through ventures related in the extraction of its rich natural resources such as diamonds, gold, oil, natural gas, uranium, platinum, among others

Now, Africa is an investment opportunity for both major foreign corporations and traders looking to diversify their portfolios.

Why invest in Africa

Africa has about 1.2 billion people and, going by the success of China and India’s respective economies, the population is a significant indication of a potential economic boom. In addition, the continent is experiencing the rise of the buying power of its middle class.

This is reminiscent of the rise of China’s middle class, whose purchasing power continues to fuel the country’s wealth. The Asian powerhouse is now the second-largest economy next to the United States.

Meanwhile, India is home to nearly 50 million middle-class households with an average income of at least $20,000. Its economy is currently fifth in the world but is expected to overtake the United Kingdom after it surpassed France’s economy.

Similar to these two countries, the African population is described as a “solvent,” a term used to refer to a consumer who can always buy the latest smartphone, the most up to date computer model, and can afford to dine in high-end restaurants. By 2020, Africa’s combined consumer spending is projected to grow up to $1.4 billion, an increase from $860 billion in 2008.

According to the World Economic Forum, Africa is also home to almost 50 percent of the world’s fastest growing economies since 2000. The organization projected that there will be 1.7 billion people in the continent by 2030, resulting in $6.7 trillion in consumer spending, as more Africans will belong to the middle class or upper class.

Of that estimated, $2.5 trillion will go to household consumption from three countries namely Nigeria, Egypt, and South Africa. Other countries expected to increase populations are Algeria, Angola, Ethiopia, Ghana, Kenya, Morocco, Sudan, and Tunisia. Any of these countries are seen to be a good opportunity for companies and investors alike to enter the African market.

How to invest in Africa

In the last two years, Africa saw an increase in private equity investments. Capitals have been pouring into the African technology sector, most particularly into tech startups and those that develop fintech solutions.

Investments from private equity firms accounted for 16 percent of all initial public offerings that took place between 2010 and 2017. Last year, African startups achieved a major milestone when $725.6 million was raised from 458 deals from a mix of institutional investors, venture capitalists, and guarantors. A total of 30 startups received individual rounds higher than $5 million in 32 deals in a combined value of $626.9 million. Out of these startups, those involved with fintech received as much as 40 percent of the total funds raised from 93 deals.

The trend is set to continue in 2019, with more firms flocking for later stage million-dollar venture capital funding and as the Nigerian Stock Exchange, Kenyan Capital markets, as well as other African stock exchanges, continue to flourish.

Another way to directly trade African stocks is by opening an account on local brokerage firms. This allows the investor and a licensed brokerage firm to arrange how the former can deposit funds with the latter.

Just like with any other stocks, exchange-traded funds and mutual funds, especially those trading on U.S. exchanges, are another means to enter the African market. American depository receipts are also one way to do it.

The market segment with the most potential for growth

When choosing to trade exchange-traded funds and mutual funds, investors may also consider stocks that are group per market segment.

Projections suggest that in 2030, the segment that would be most valuable will be the food and beverages segment worth $740 billion. Next would be the education and transpiration which is expected to grow to a market value of $397 billion, followed by the housing segment expected to be worth $390 billion.

Growth in consumer goods is also anticipated to be worth $370 billion in 2030. Meanwhile, hospitality and recreation are valued at $260 billion, health care worth $175 billion, financial services worth $85 billion, and telecommunications worth $65 billion.

The year 2030 will also see an increase in African business-to-business spending, reaching $4.2 trillion from $1.6 trillion in 2015. In this sector, investors may want to keep an eye on participants in the agriculture and agricultural processing which is projected to grow to $915 billion, while manufacturing is expected to be worth $666 billion. Africa is expected to surpass China in the latter, as the Asian giant is said to be shedding a significant part of its market share.

The construction, utilities, and transportation sectors are also worth considering as this segment is expected to be worth $784 billion by 2030. The same goes with wholesale and retail that will be worth $665 billion, resources worth $357 billion, banking and insurance valued at $249 billion, and telecommunications and ICT valued at $79.5 billion.