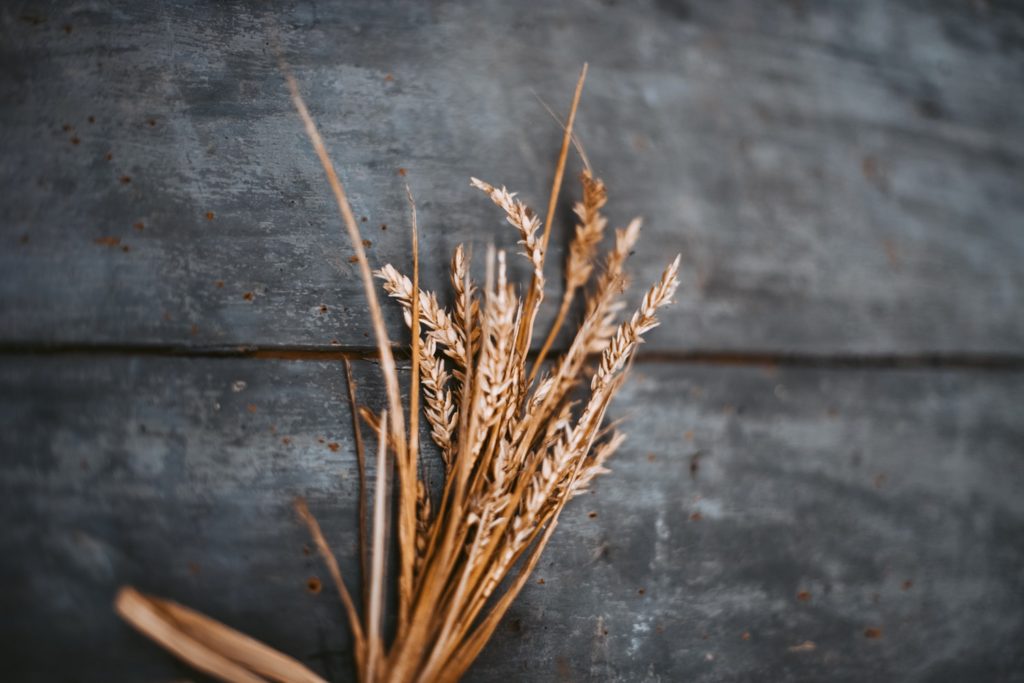 Winter wheat markets were mixed to lower for the week, with Chicago SRW the strongest market. Minneapolis was the weakest market. World markets were firm. Ideas are that demand for US wheat is about to improve, and the weekly charts show that higher prices possible in the next few weeks. World crop reports continue to indicate less production and tightening supplies.

Firm prices extend from Russia to Australia on reduced world production, although Russia still shows the potential for strong exports this year. Australian and European prices have also been relatively strong. Argentine prices showed a little weakness last week as the weather in the country is about to turn drier and more favorable for the remaining wheat crop to be harvested. The crop might have suffered some quality damage.

Corn was slightly higher for the week. The holiday trade kept futures range bound as there was no real news. USDA is shut down now, so any demand news will have to wait or will come from the commercials. The corn market seems to found increased selling interest when prices get close to the 390 March area, and has been able to find support near 370 March.

Corn demand for ethanol has softened in the wake of the crushing move to lower prices over the last couple of months in petroleum futures markets. Ethanol prices have also weakened and blenders no longer have a profit margin and are cutting back on production.

Crude oil futures are showing that a short-term low could be forming, and a rally in the petroleum complex would be good news for corn demand for ethanol. Better weather is in the forecast for Brazil and Argentina. Argentine areas could get some more big rains in the short term, but these areas and southern Brazil look to generally turn drier. Central and northern Brazil should turn a little wetter after some very hot and dry weather.

USDA will not be confirming any new sales due to the partial shutdown of the US government. China bought US soybeans to fulfill its part of an agreement made in Buenos Aires, and it is expected to buy more in the next few weeks. However, the market knows that there are plenty of soybeans to sell from the US and South America.

South American weather has been less than perfect this year as it has often been too wet in Argentina and southern Brazil and too dry in western Parana and parts of Mato Grosso an Mato Grosso do Sul. There have been reports of losses in the early harvest areas of western Parana and Mato Grosso, but the expectations of a big Brazil crop remain. Private estimates range from about 120 million tons to about 123 million tons right now. That means the crop could be slightly bigger or slightly less than a year ago.

Rice was mostly a little higher on Friday, but sharply lower for the week in continued slow trading. Weekly charts show a down trend, and the quiet tone in the cash market is reflected in the futures market as buyers and sellers are not eager to be involved. The holiday period is usually very quiet for the US cash market, and this year has seen a slow trade and stable prices.

SEE ALSO  Can India be the next global titanium sponge leader?

Basis levels remain generally firm as the market needs a little rice and is not getting much offer from the producers. Producers do not seem interested in further sales at this time. The export demand is holding relatively strong, and there is some mill demand. It will probably take until the middle of next month to see much movement in rice futures and cash markets.

World vegetable oil prices were lower on ideas of big supplies. All oil seeds are available to the market, and prices have been generally working lower in search of demand. Demand remains below optimal levels in palm oil, and most in the market worried about finding enough demand to take up the increasing supplies. Production should start to fall soon as the weather will change and inhibit palm production. Daily charts show and weekly charts show futures in a sideways trend.

Soybean oil closed slightly lower on ideas of big supplies and weaker petroleum prices. Selling came as the petroleum markets are collapsing and causing bio fuels markets to move lower. The weaker petroleum prices hurt Soybean Oil demand for biofuels. Canola was lower on improved weather and as demand is only routine. Canola is taking its cues from Chicago and the reports of an abundance of Soybeans in the US and South America. It was just slightly lower in choppy trading last week.

Cotton was lower once again last week as weak overall demand continues to impact the US market. Traders were also looking at the moves seen in the stock indices and petroleum complex and were deciding not to trade in other markets. There was talk of a recession coming that could hurt demand eventually for cotton.

World production and supplies are going still lower due to bad weather in the growing season for major producers around the world, including India, Pakistan, and Australia. China had problems with its growing weather, too. Demand for US Cotton has been disappointing, as the weekly export sales reports have shown average demand at best since the start of the marketing year. China has not bought any US Cotton this year and has been active in other markets, especially India.

US prices are down and China might start to look at the US crop, but there have been worries about the quality of the US crop due to some extreme growing conditions in Texas and the Southeast over the Summer and Fall. Ideas are that the quality worries have kept some importers of US Cotton away from the market.

FCOJ was higher on Friday, but lower for the week. The oranges harvest is active in Florida but will likely get delayed over the next couple of days. The fruit is abundant, but arrivals to packinghouses and processors are reported behind last year. Florida producers are seeing small-sized to good-sized fruit, and work in groves maintenance is active. Irrigation is being used in all areas. Packing houses are open to process fruit for the fresh market, and all processors are open in the state to take packing house eliminations and fresh fruit.

Futures were a little higher in both markets last week in consolidation trading. Speculators were on both sides of the market and cash markets were quiet. Currency relationships, and especially the rate between the US Dollar and the Brazilian Real, continue to be the driving force in coffee trading.

SEE ALSO  Why new companies are investing in eco-friendly strategies

The Brazil crops are getting harvested now, and production estimates now range as high as 63.7 million bags. It is a big crop and the main reason to see prices in New York as low as they are right now. Producers are also looking ahead to next year, and production could drop sharply in the off production year.

El Nino remains in the forecast and coffee areas in Brazil could be affected by drought that could hurt production even more. Vietnam is active in its harvest and middlemen were said to be active buyers of the harvest at levels just above the industry. Production in Vietnam is estimated less than 30 million bags due to uneven weather during the growing season. The harvest in both countries will wind down over the next month.

New York closed a little higher last week. March futures are now near some support at about 1200. London was higher as well. The weekly charts in both markets suggest that futures are carving out some long term lows. Sugar was hurt by the weakness in petroleum futures that have hurt demand ideas. Petroleum futures appear to be making some short-term lows at this time, so that might help change the tone in sugar.

Brazil has been using a majority of its Sugarcane harvest to produce ethanol this year instead of Sugar, and there is some talk the mills might switch back to Sugar unless petroleum prices improve soon. There are doubts on just how much production will be seen this year in India. Northwest India had been experiencing hot and dry weather that could cut yields. It has not announced a reduction in its export goal of 5.0 million tons this year. Dry conditions continue in Brazil, the EU, and Russia, but conditions are mostly good in Ukraine. Very good conditions are reported in Thailand, but the next production could be less as farmers might switch to other crops due to low prices for Sugarcane.

Futures closed higher for the week in New York and higher in London as the new main crop harvest comes to market in West Africa. Trends are now up in both markets, and the weekly charts show that a significant up side move is possible. The outlook for strong production in the coming year is still around, and ports are said to have plenty of Cocoa on offer.

The main crop harvest is active in West Africa. Main crop production ideas for Ivory Coast and Ghana are being reduced, with Ivory Coast now estimating its main crop production at 1.985 million tons, down from previous estimates just over 2.0 million tons. The crop production estimates might become smaller due to Harmattan winds and hot and dry conditions that have moved into West Africa. These conditions can take moisture out of the soil very rapidly and cause some very significant stress on the trees. Conditions appear good in East Africa and Asia. Demand is said to be improving as offers from the new harvest start to increase.