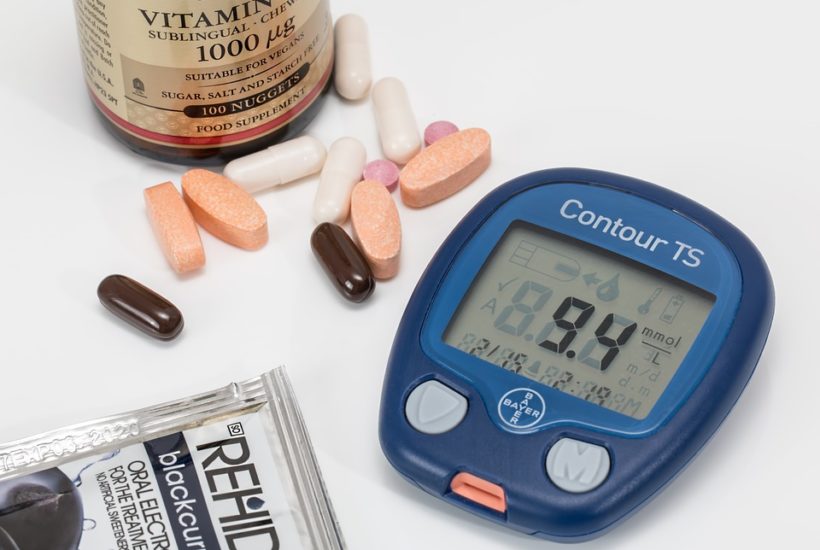 According to research and consulting firm GlobalData, the global type 2 diabetes market is set to almost double from $31.2 billion in 2015 to $58.7 billion by 2025. The vast majority of this growth will derive from nine major markets, specifically the US, France, Germany, Italy, Spain, the UK, Japan, China, and India, and will be attributable to an increased rate of diagnosis (alongside an increased prevalence) of the disease in said regions.

As little as 50 years ago, a diabetes diagnosis was a death sentence. Today, diabetes is a very manageable disease, and access to effective treatment is widespread. However, the majority of today’s available diabetes therapies have not changed (at least not significantly) in the last two decades. Sufferers continue to have to monitor blood glucose levels by prick test, and maintain healthy levels through self-administered insulin injection. The financial incentive for developing an alternative to these cumbersome treatment regimens is huge, and this potential has not gone unnoticed. Many companies have dedicated themselves to developing alternative assets, but none have really succeeded in altering standard of care.

A handful of companies are changing diabetes care right now, and this year looks set to be a pivotal one in the history of treating the condition. Here are three companies that are spearheading the shift, and look like great diabetes picks for 2017.

First up, DexCom. This one is a California-based healthcare company focused on the development and commercialization of medical devices in the diabetes space. Specifically, the company’s lead asset, and the root of its inclusion in this list is a device called the G5 CGM (continuous glucose monitor). As mentioned above, the current standard of care method of monitoring glucose in diabetes patients, both types 1 and 2, involves what is called a fingerstick test. The patient pricks his or herself with a small needle and then applies the resulting blood drop to a measuring device. The device then offers a readout indicative of the glucose levels in said patient’s blood.

The G5 device is designed to replace the requirement for fingerstick tests. It uses a small sensor implanted just beneath the skin, which transmits a signal to a receiving device from which the patient can read their glucose levels in real-time. The transmitter will also work with smartphones and other mobile devices. It’s basically a game changer from a glucose monitoring perspective, but not until just recently has it really started to impact DexCom’s market capitalization.

Back at the end of 2015, the FDA approved DexCom’s device for glucose monitoring, but stipulated that it couldn’t be used as a replacement for fingerstick tests, only in conjunction with the latter. This sort of negated the device’s utility. In December just gone, however, the agency approved the device as a replacement, and this has dramatically opened up the market potential for G5 and, by proxy, DexCom. The company is up 33% year to date, but we expect this is just the beginning of a longer-term bullish run.

Whereas DexCom is trying to replace the fingerstick test side of the equation, Oramed is trying to replace the injectable administration element of diabetes self-care. The company has developed a drug called ORMD-0801 – an oral insulin pill. Oral insulin has long been the holy grail of the diabetes space. However, up until now, the successful development of an oral insulin asset has been a pretty much insurmountable task. The difficulty is rooted in bioavailability. Insulin is a very fragile peptide. When exposed to the gastrointestinal microenvironment (gut, liver, stomach etc.) it very quickly breaks down and – in turn – becomes ineffective. This is why current standard of care dictates insulin must be injected into the bloodstream subcutaneously. Direct access mitigates the degradatory impact the body has on the peptide, and – in turn – maximizes its efficacy in reducing blood glucose levels. A number of companies have attempted to package insulin in various forms, but all have been unsuccessful in being able to demonstrate a comparative clinical benefit to the current injectable standard of care when subject to clinical evaluation. That is, all except ORMD-0801.

Oramed has collected swathes of clinical data suggesting it’s oral insulin candidate is at least as effective as injectable insulin in lowering blood glucose levels, the latest of which came about as a result of a phase IIb study, with top line initially reported in May last year. This study showed a statistically significant decrease in the primary endpoint, pooled night-time glucose mean percentage change, of 6.47% from run-in, between placebo and active cohorts (p=0.0268). Additionally, the study demonstrated a solid safety profile for the drug, with no drug-related serious adverse events.

The final phase of clinical testing, a phase 3 study, was – at the time – reported as set to begin during late 2016 or early 2017. With the former bracket now passed, the assumption is that a pivotal trial should begin sometime this quarter. We expect the initiation of a pivotal oral insulin trial (one that will put Oramed at the front of the pack from a global oral insulin development perspective) to generate a large amount of speculative investor attention for the company. By proxy, we expect this attention will serve to underpin an upside revaluation in Oramed’s market capitalization as the year matures and the trial gets under way.

The last company that made the cut for inclusion on this list is MannKind. This one is a bit of a contrarian play. The company has one of the largest short interests in the healthcare space right now (as of the most recent data, 98.6 million shares short representing 30.6% of the float and nine days’ worth of trading) and market sentiment is decidedly negative. Between June 2014 and January 2017, the MannKind stock fell from a little over $10 a share to its current price of just $0.66 a share – a 94% decline across a less than a three-year period. Things aren’t looking great, and shareholders are not happy, but we believe there is a turnaround coming.

To understand, it’s first important to pick up a little bit on the history. The company developed an inhalable insulin product called Afrezza, which the FDA approved back in 2014 (this was the driver behind the just-mentioned midyear highs). The development and commercialization was carried out in conjunction with healthcare giant Sanofi (SNY), but the assets failed to reach any level of success because of one key oversight. It is contraindicated in patients that suffer from certain conditions, based on its inhalable mechanism of action. In order to prescribe Afrezza, physicians therefore needed to carry out a test to make sure patients didn’t suffer from said lung conditions. This test requires a piece of equipment, and only a small portion of US physicians had this equipment on-site. Ipso facto, very few physicians were able to prescribe Afrezza, even if they wanted to, because they were unable to carry out the prerequisite test.

Sanofi has since dropped the partnership, and paid $120 million to MannKind for the privilege of doing so. Many saw this as a negative, but we see it as the start of what could be a turnaround sales strategy. The thing is, this treatment works, and incredibly well. It works twice as fast as current injectable insulin products, and leaves the body at an almost comparable rate (i.e., two times quicker than current SOC). There is a host of data that combines both the above-mentioned Dexcom G5 device with the inhalable Afrezza to illustrate efficacy and improvement over SOC, and this data is underscoring a spate of recent insurance coverage and PBM announcements. Express Scripts (ESRX) added the drug to its formulary during the final quarter of 2016, with no prior authorization (PA) requirements. On January 1, 2017, Aetna Inc. (AET) did the same, albeit with some “non-onerous” PA requirements.

Put simply, the space is finally starting to take notice of what it had previously written off as a failed launch, and the drug is living up to that famous healthcare investing adage – all else aside, the most important thing is that it works.

As more and more insurers take on the product, and as an increasing number of physicians equip themselves with the required test systems to prescribe Afrezza to an increasingly demanding diabetes population, we expect MannKind to finally reap the rewards of this game-changing administration method.