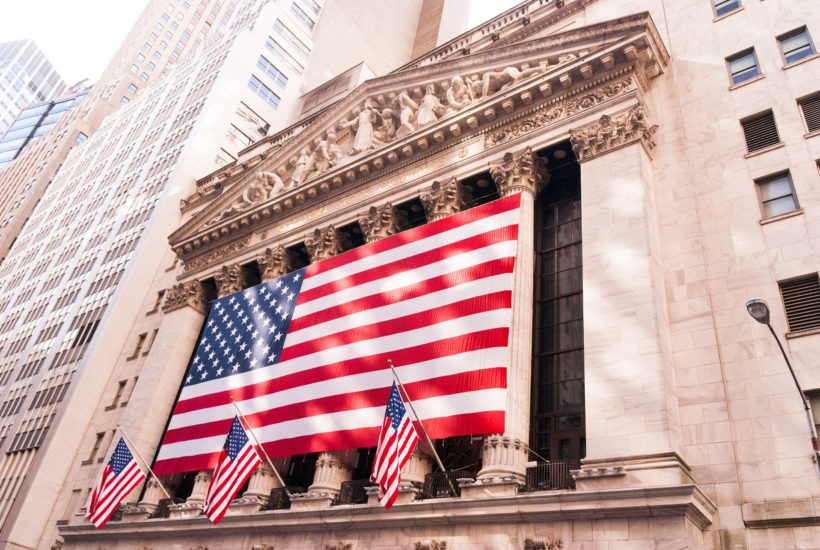 The countdown has already begun. Less than three months after the expected electoral competition that will decide who will be the new occupant of the White House for the next four years, the eyes of Wall Street—along with many others—are focused on possible regulatory changes in the future administration, as well as any short-term risks related to the pandemic and the ongoing talks of fiscal stimulus. A study by Credit Suisse analyses possible scenarios and the companies that could benefit from a Trump or Biden victory. This analysis has been framed as something of a challenge between the green economy and big industry.

Of course, the battle between these two ends of the modern industrial spectrum are not the only conflicts driving today’s financial headlines, which are delivered succinctly in an easily digestible format in our free companion app, Born2Invest.

According to the economists of the Swiss institute, the Democratic candidate would focus on incremental changes in financial regulation, a surge in corporate taxes and higher taxes for higher incomes. And let’s not forget the larger goal of achieving a 100% clean energy economy with zero net emissions by 2050.

Less defined, however, were the legislative priorities for a possible second term for Trump, who, economists explain, “opposed the Federal Reserve’s interest rate policy and advocated negative rates in the United States, making a replacement of the Fed president likely. On the other hand, with Biden, Powell could be reconfirmed or replaced by a member “of the center-left establishment”.

Who will benefit from a Biden presidency?

Based on these assumptions, according to Uwe Neumann, Credit Suisse’s equity research analyst, the securities that could benefit from a victory on the Democratic front are largely tied to the “Green new deal” program. First and foremost, Aptiv, a provider of electrification-oriented cars, which “should benefit from the proposed political support for the adoption of electric vehicles,” explains Neumann. Then Bloom Energy, a manufacturer of solid oxide fuel cells that could benefit from Biden’s plan to switch to zero-emission buses. And finally Johnson Controls, which would benefit from the Democratic candidate’s program to halve the carbon footprint of buildings by 2035. On the same wavelength also Morgan Stanley who, in the study Watch around the world – Us 2020 elections: climate agenda into focus, specified who would benefit from the main climate policy measures considered by the Democrats, including manufacturers of renewable energy equipment and developers in the sector, while fossil fuel traders could be affected by “a modest negative impact”.

And what if Trump holds on?

On the opposite front, adds Neumann, the actions that could benefit from a re-election of Donald Trump are Pioneer Natural resources, one of the largest oil producers in the Permian shale basin; Union Pacific, a railway company that could benefit from “favourable policy decisions towards the domestic coal and agriculture sectors”; and Rockwell Automation, a supplier of industrial automation solutions that could benefit from policy moves to support the reshoring of the domestic manufacturing chain in the US in view of escalating tensions with China. As for the clashes with the Asian superpower, Goldman Sachs’ analysis suggests that the move to a new administration could instead encourage an outperformance of currencies and equities in China and other emerging markets during the year, especially if global economic growth remains stable.

First published in WE Wealth, a third-party contributor translated and adapted the article from the original. In case of discrepancy, the original will prevail.