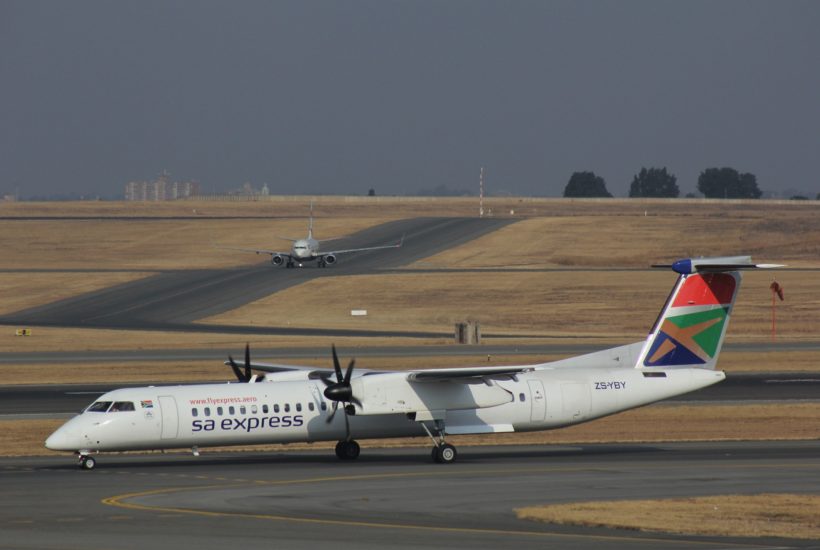 The regional airline South Africa Express (SAX) has just announced that it will cease operations completely as of 18 March 2020, “in the light of recent adverse developments, including the Covid-19 outbreak,” company’s officials said in a statement. All non-essential personnel is being placed on layoff and customers will be redirected to other companies.

The decision seemed inevitable because of the financial losses accumulated over the past decade or so. They are estimated at more than $65 million (1.2 billion rand), despite the state aid received in September 2019 amounting to $16 million (300 million rand). The aid was intended to ensure the company’s financial liquidity in order to help it continue its operations.

Born2Invest application is a fast and easy way to check the latest business headlines. It gives users access to recent publications and stories, media and objective analysis, thematic sections and feeds. It’s impossible to keep up with everything you’re interested in, but our companion app will help you keep track of the important news from all over the world, including the most important financial news from the African continent.

SAX will now look into reorganizing its network, but it also announced that it will have to rationalize its activities, without further details.

The announcement of the closure of the borders on March 15th, 2020 by President Cyril Ramaphosa sounds like a coup de grâce for national air aviation. International services are interrupted, and the regional flights will also suffer the absence of customers, including foreign tourists, who are deprived of visas.

Restructuring or disappearance for the African Airways

Prior to the SAX announcement, South African Airways, the country’s leading airline, had just announced a severe restructuring plan. The message was clear: restructuring or disappearance.

As a result, nearly half of the employees – 2,268 out of 4,708 – are expected to lose their jobs. A rescue plan was drawn up. “The current structure negatively affects the efficient operation of the company and, in turn, its profitability and sustainability,” the company explained. A plan to reduce the fleet from 49 to 18 aircraft is being considered and, as a result, fewer destinations will be served.

Over the past six years, the state-owned airline has recorded cumulative losses of $1.4 billion (26.1 billion rand). The biggest losses registered by the company were in the 2016/2017 financial period, but huge losses were also registered during the 2017/2018 financial year as well as during the 2018/2019 period.

The South African government has been trying to save the airline company but has never been able to turn the situation around. Besides that, now South African Airways will also have to deal with the consequences of the coronavirus pandemic. The company announced that it will cancel 162 flights until the end of March, of which 38 are international flights and 124 are regional ones.

(Featured image by Nel_Botha-NZ via Pixabay)

First published in, a third-party contributor translated and adapted the article from the original. In case of discrepancy, the original will prevail.