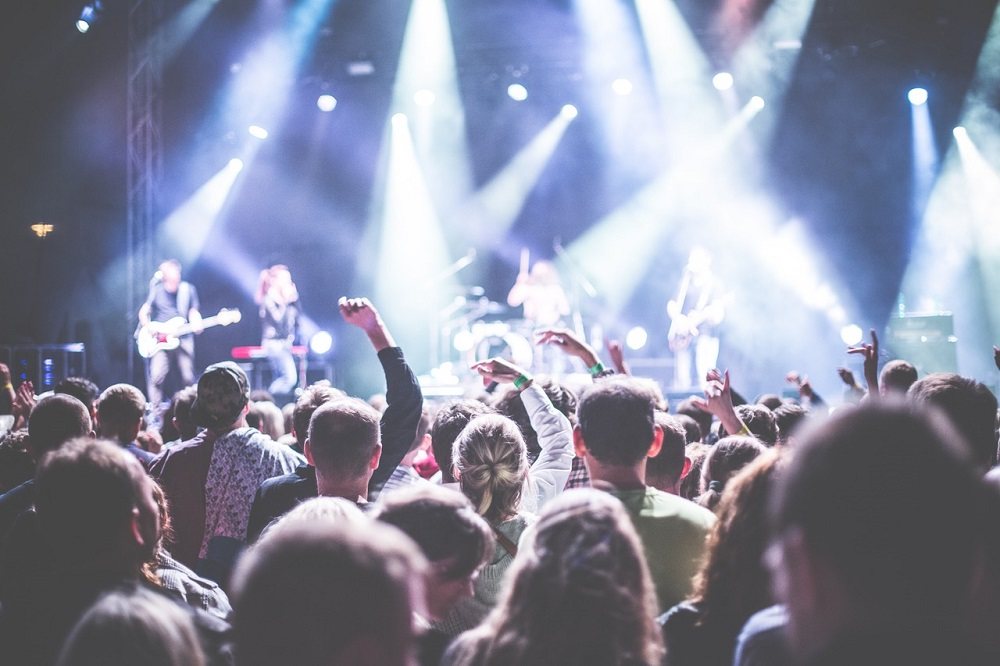 Latest weekly SET News: Amazon announced its plans to get into music festival business, Adidas-owned CCM Hockey is back up for sale for the second time in the last year and much more.

Over 2,000 songwriters have signed a petition demanding better streaming royalties from Google, Apple, Amazon, Spotify, and Pandora. The campaign comes just before a hearing in which the Copyright Royalty Board will determine royalty rates for the next five years. The National Music Publisher’s Association and Nashville Songwriters Association International have both been lobbying for an increase in the rate, claiming that songwriters should be paid every time their song is played and every time someone purchases a subscription. The NMPA believes their campaign has generated enough momentum to force a change in the current royalty rates, which allow the large streaming services to thrive while songwriters suffer, but the decision will ultimately be left to the members of the Copyright Royalty Board when they gather in Washington.

Amazon getting into music festival business

According to a recent job listing, Amazon plans on having a major presence at upcoming music festivals. The company is reportedly looking to hire a Senior Program Director in the music department. The role of the director will be to “dramatically improve the experience of the 32 million people that attend music festivals each year.” The company suggests they will have a physical presence at the festivals, offering services such as on-site food and product delivery and custom merchandise available for purchase; the company will also provide festival-goers with amenities like free Wi-Fi, water, and mobile charging stations.

The UK-based distribution and services company Ditto Music has announced that it is expanding its operations into America with the opening of Ditto Music LA. The offices will serve as the company’s new North American hub and is part of a long-term strategy to grow Ditto’s global operations. As part of the expansion, Ditto recently signed Mark Stoermer of The Killers to a worldwide deal. A company spokesperson says that Ditto will continue to sign new LA artists throughout 2017. Ditto Music has previously worked with U.S artists such as Farro and Kid Cudi and has worked with nearly 80,000 total artists globally.

The rivalry between La Liga clubs FC Barcelona and Real Madrid is coming to Miami this summer. The game is scheduled as part of the International Champions Cup and will be played on July 29th at Hard Rock Stadium, home of the Miami Dolphins. The game is not the only event that will be taking place, as there will be nearly an entire week filled with activities leading up to “El Clásico.” It is not surprising that Hard Rock Stadium was chosen as the location for this match, as Dolphins’ owner Stephen Ross is also the owner of the International Champions Cup. This is the first time the two teams will face off on American soil, and only the second time they will face off outside of Spain.

CCM Hockey up for sale

Adidas-owned CCM Hockey is back up for sale for the second time in the last year, according to Barbara Shecter of the Financial Post. CCM Hockey is one of the largest manufacturers of hockey equipment and hockey apparel in the world, and currently has deals in place with several NHL superstars, including Sidney Crosby and Connor McDavid. CCM President Philippe Dubé said that the company is committed to closing a deal at this time, and also that a new owner is “a great opportunity for the brand to increase its hockey equipment market share.” Beginning next season, Adidas will have the exclusive license to manufacture NHL jerseys, which may be one of the biggest factors in why they decided to once again pursue selling the brand.

NBC Sports has agreed to one-year deals to televise both Great Britain’s Epsom Derby and the United Arab Emirates’ Dubai World Cup. The moves come as NBC looks to expand the network’s global coverage and coverage of horse racing events. NBC already has long-term deals in place to broadcast the four major horse racing events in the U.S. — the Kentucky Derby, the Preakness, the Belmont Stakes, and the Breeder’s Cup. The network also previously signed a deal to broadcast England’s Royal Ascot, which will premiere on the network this year, with coverage beginning on June 20th. Financial terms of the two new deals were not disclosed.

24 Hour Fitness and the U.S. Olympic Committee have agreed to extend the company’s sponsorship through the 2020 Tokyo Olympic Games. As part of the agreement, USOC experts are required to certify 24 Hour Fitness personal trainers in workouts designed specifically for Olympic sports. 24 Hour Fitness has been an sponsor of Team USA since 2003 and assists in staffing the USOC’s on-site training centers at the Olympic Games. The USOC will also work with 24 Hour Fitness to create digital workout routines that can be shared on the company’s fitness app. The financial terms of the new deal were not disclosed. Similar to all other sponsors, 24 Hour Fitness will receive an exclusive 60-day negotiation window to extend their sponsorship rights if Los Angeles ends up winning the bid for the 2024 Summer Olympics.

The Vegas Golden Knights have agreed to a three-year partnership with Toyota. The deal will make the Southern Nevada Toyota Dealers Association the preferred non-luxury automotive partner of the team. The deal also includes branding elements at T-Mobile Arena consisting of a Zamboni wrap, an in-ice logo, and two dasher board signs. Toyota is currently a sponsor of 13 other NHL teams, and the deal with the Golden Knights is reported to be very competitive as compared to the equivalent deals in markets of a similar size. The Golden Knights continue to be involved in discussions with multiple companies for the remaining three in-ice sponsorships, according to a team representative.

SEE ALSO  With only one big tumble in 2019, Roku is poised for success

Thursday was the first day of the new league year in the NFL, and as most teams looked to use free agency to fill the glaring holes in their rosters, the Washington Redskins created a much larger void in their front office. The Redskins fired GM Scot McCloughan on Thursday, just two years into a four-year contract. McCloughan was fired due to his “ongoing problems with alcohol,” according to the Washington Post. Now, during one of the busiest times of the year in NFL front offices and with the draft just over a month away, the Redskins find themselves scrambling to find a new leader for their organization. One name that has been mentioned as a potential replacement is NFL Network draft analyst Mike Mayock, but don’t expect the Redskins to rush into making a decision. Those close to the situation have said that they expect the Redskins to wait until after the draft to decide on McCloughan’s replacement.

Ed Sheeran has surpassed 1 billion views on YouTube following the release of his third album Divide. The milestone comes not long after Sheeran set the record for first-day plays of an LP on Spotify when his album drew 56.73 million streams on the first day of release. In the last two months, the artist’s YouTube channel has gained 3 million subscribers, the most of any channel in the last year. Sheeran has successfully used YouTube as a music platform by consistently pairing his songs with creative music videos. His YouTube presence has also been strengthened by the creation of artistic lyric videos, live videos, and premium music videos, most of which has been developed by Atlantic Records. Other artists may soon follow in Sheeran’s footsteps and intensity their presence on YouTube after seeing the success Sheeran has had creating unique video content.