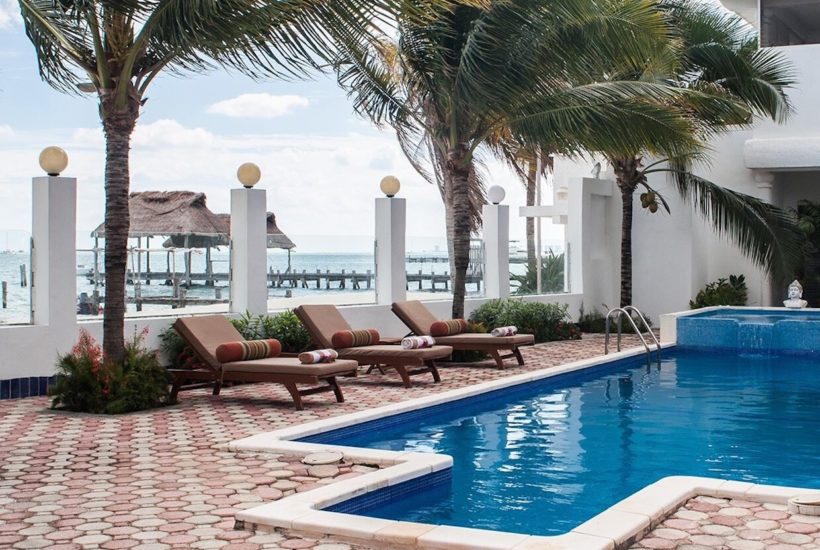 If asked to name the single most tragic health crisis gripping Canada right now, most of us wouldn’t think twice about pointing at Covid-19. And, in a way, we’d be right. With a death toll totaling over 28,000 and an economy left in tatters, it’s hard to argue otherwise.

However, hidden beneath the daily headlines, another crisis has been bubbling away in the shadows for far too long. This is a health crisis where, unlike Covid-19, there is no apparent easing in sight. Typical tales of suffering entail years of torment, agonizing cycles of relapse and recovery, and a concluding finale where unannounced deaths, broken families, and an unimaginable trail of destruction are the norm.

Welcome to Canada’s hopelessly out of control opioid crisis—a health crisis that has resulted in 22,828 apparent opioid toxicity deaths between January 2016 and March 2021. Although Covid-19 has taken more lives in a shorter timespan, this crisis more than makes up for its duration in disproportionate death and destruction.

This harsh severity of addiction leaves people living with addiction and families desperate for a way out. But so far, no one has been able to provide it. Current treatments usually consist of substituting one opioid with another, like buprenorphine—a lesser of two evils approach. The theory here is to give people living with addiction a measured way to wean themselves off opioid dependence. But, predictably enough, treating addiction to one dependence-inducing substance with another fails more often than not.

Despite this, studies into alternative treatment methods have been thin on the ground. But this is not from lack of demand for them. Far from it, in fact. Ask any person living with addiction and their family. The resounding majority are willing to do whatever it takes to get clean.

For many, this lack of domestically available options drives them to seek treatment at overseas clinics located in less regulated jurisdictions. This is the only way they can access treatments that, despite being more effective, are yet to be adopted by the countries that need them most. Countries like Canada.

Of all the alternative treatments to opioid addiction, there’s one that, anecdotally, stands out head and shoulders above the rest: ibogaine. Countless people recovering from addiction swear by its almost revelatory powers. Post-treatment, many report no desire to even touch opioids again. Many more say that the naturally occurring substance often eliminates the most challenging hurdle to clear in any recovery—the withdrawal phase.

Unfortunately, owing to ibogaine’s psychoactive properties, a generalized stigma has hampered any serious consideration of the substance as a viable treatment for many years.

But times change. Once ostracized, psychedelics are now hailed as the next big thing in biotech, health, and investing. And one company is seizing the moment to finally bring Canada the solution to the opioid health crisis it so desperately needs. That company is Universal Ibogaine Inc. (TSXV: IBO).

Admittedly, this is not the first time ibogaine treatment has come to Canada. Earlier in the last decade, a number of clinics opened up amidst a wave of interest. However, a lack of regulation and limited understanding of the substance led to many clinics shuttering as reports of adverse side-effects rolled in and Canada added ibogaine to its Prescription Drug List in 2017.

This tightening control of the substance may have been necessary given the lax climate in which ibogaine was first introduced. There have been confirmed cases of ibogaine provoking bradycardia and arrhythmias in certain patients, occasionally leading to death.

However, the risks are entirely avoidable when given the right clinical supervision and patient screening. Indeed, Trevor Millar, founder of the Liberty Root clinic—one of the initial batch of now-shuttered clinics—says that, of the 200 patients that he treated, only one ended up in the emergency room. And that was the result of the patient submitting fraudulent ECG results which formed part of the initial screening process.

For Dr. Rami Batal, CEO of Universal Ibogaine, accepting these sorts of setbacks is simply not acceptable. Speaking of current treatment options, the CEO said, “If you look at the relapse rate with substitution treatments, within a year, you will see nine out of ten patients relapse.” However, “Ibogaine is a unique opportunity to address addiction in a potentially effective way,” he adds.

For this reason, Universal Ibogaine is now driving the process of medicalizing ibogaine in Canada. The company is now working with governments and institutions to develop the substance as a properly regulated medical treatment that offers opioid users a viable, long-term solution to their addiction.

Clayton Dalton, a resident physician at Massachusetts General and Brigham & Women’s Hospitals first started to hear about ibogaine several years ago. Working as an emergency room doctor at the time, he was acutely aware of the ravaging effects of opioid addiction. His years in the ER have left him with stories of people living with addiction coming in for treatment following an overdose, only to be found unconscious in the carpark immediately following treatment.

Thus, when he first became aware of reports about ibogaine, he was intrigued. In his quest to find out more, he encountered countless people trying to recover from addiction that all reported the same thing: immediately following treatment, their desire to use opioids was gone. In the words of one patient that Dalton interviewed, “It doesn’t make sense to do it anymore.” That patient was Matt, and he’d already been through other detox programs nineteen times.

However, anecdotal evidence does not make proof. Not in the eyes of regulators, at least, even if a trained doctor compiled it. Clinical trials are needed, which is precisely what Universal Ibogaine is about to do.

The intent of the study is to develop ibogaine as a drug that can be prescribed as part of holistic treatments for addiction and a whole host of other behavioral and mental disorders. With an application before Health Canada for approval of the clinical health trial now in the works, the company hopes to use these trials as a launchpad from which it can export the model to other G7 countries.

More Than Just a Moonshot at a Miracle Cure

To this end, the company has completed the acquisition of the Kelburn Clinic using a portion of its recently closed CA$6 million private placement. The 50-acre addiction treatment facility is the first in a series of recovery centers the company plans to roll out in strategic urban and rural centers. It is also already a revenue-generating facility, making it an important asset in ensuring the sustainability of Universal Ibogaine throughout its upcoming clinical trials.

In addition to full ownership of the Kelburn Clinic, the company has also acquired exclusive worldwide rights to the Clear Sky Recovery clinic—a leading ibogaine treatment facility in Mexico. Access to this facility, which currently treats thousands of patients with ibogaine, will ensure Universal Ibogaine has access to the patients, medical staff, and data that it needs to conduct robust clinical trials.

An Approved Ibogaine Treatment Will Be Met by Big Demand

Rehab and addiction recovery services are in hot demand. Even clinics engaged in the less-than-stellar approaches traditionally used still see thousands of patients coming through their doors. Similar demand is also seen for overseas clinics offering ibogaine treatments. This demand persists despite the inconvenience of international travel and the often clandestine, unregulated nature of the facilities involved.

Much of this demand originates from the United States, where its population size only magnifies the opioid health crisis. Combine this with its proximity to Canada and the fact that the country outlaws ibogaine. Clearly, a massive market is waiting in the wings for viable alternative treatment clinics like what Universal Ibogaine is proposing.

Further interest is only expected to grow, too. Psychedelics as a category are only gaining increasing acceptance in recent times. This acceptance is leading to their use in treating a whole range of conditions, usually mental and behavioral in nature, as addiction often is. This interest and acceptance of psychotropic substances will further aid in opening more eyes and minds to the power of ibogaine as part of an addiction treatment package.

A Bright Future Ahead for Universal Ibogaine

The early interest that the first wave of ibogaine clinics generated proved that interest is strong. While the unfortunate lack of regulation and clinical data ultimately ended the run prematurely, Universal Ibogaine looks poised to capitalize on what was a missed opportunity. Its clinical approach in coordination with regulators and institutions should see ibogaine regain the recognition it deserves as a truly revolutionary treatment in addiction. And the existing medical data Universal Ibogaine already has on hand, thanks to its agreement with Clear Sky, will facilitate a speedy, friction-free approval process.

For investors, the company’s recent listing on the TSX Venture exchange represents a special moment. Yes, it presents an opportunity to get in ahead of the curve and profit nicely off a groundbreaking development in biotech. But, more than this, it also offers a rare opportunity to participate in the success of a company that’s doing good in the world.