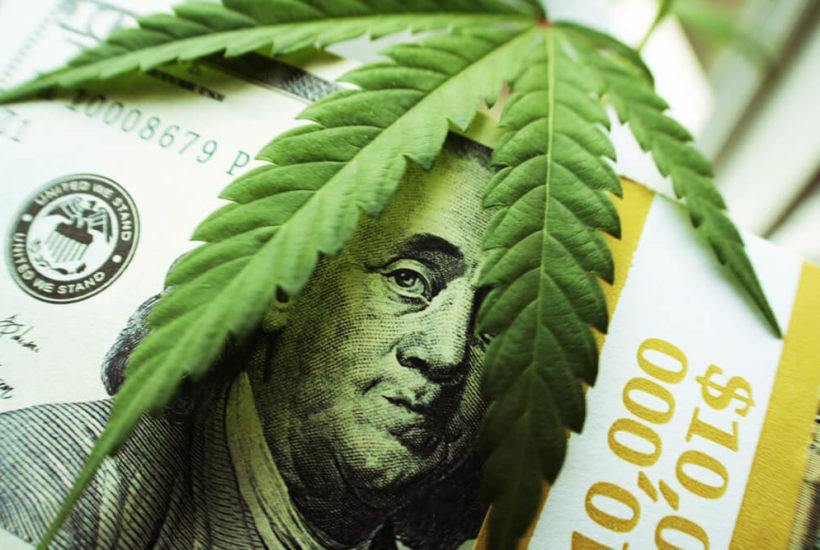 With the approval of medical marijuana in an increasing number of states in the U.S., as well as its recent legalization for both medicinal and recreational use in Canada, cannabis stocks are experiencing a surge of popularity in the market. These refer to cannabis companies that sell both medicinal marijuana and recreational weed. As the leading players in the cannabis industry continue to work towards eliminating legal barriers for the market, investor interest in this segment continues to increase.

The United States’ neighbor to the north, Canada, recently legalized marijuana. On October 17, 2018, a measure advanced by the Canadian Parliament legalized the recreational use of cannabis, opening the door to a variety of Canadian marijuana companies’ success. Whether the United States will follow suit and decriminalize the psychoactive substance remains unknown, but what is certain is that cannabis stocks have taken hold on the stock market and show no signs of slowing down. Read on to learn more about some up-and-coming Canadian cannabis firms, their chances at operating in the United States, and a new agreement between the state of New York and the cannabis company Canopy Growth Corp (Ticker Symbol: WEED).

Thanks to the legalization of recreational pot in Canada, a number of Canadian cannabis companies are currently publicly traded on the Canadian stock markets, including:

Potential entry into the U.S. and Europe

The U.S. Drug Enforcement Administration, or DEA, currently regards marijuana as a Schedule I controlled substance. Schedule I controlled substances are, according to the DEA, defined as “drugs with no currently accepted medical use and a high potential for abuse.” Marijuana is grouped in Schedule I with the powerfully addictive opioid heroin as well as several other illegal psychoactive substances. Given the federal scheduling of marijuana by the DEA, it seems unlikely that these companies could make significant commercial inroads in the United States. Commercial growth of cannabis companies may be more likely in Europe, where marijuana is less regulated by the European Union.

Will the FDA approve medical marijuana?

Despite marijuana’s status as a schedule I drug, the U.S. Food and Drug Administration recently approved the first drug containing an active ingredient derived from marijuana to treat very severe forms of epilepsy. Epidolex is a cannabidiol (CBD) oral solution which is meant to treat severe, rare forms of epilepsy in patients that are 2 years of age and older. It is likely, therefore, that American companies marketing CBD-based products could represent a significant market share in the pharmaceutical industry, while marijuana itself remains illegal. Medical marijuana has purportedly been reported to have significant therapeutic effects for a variety of diseases in addition to epilepsy, such as cancer, chronic pain, arthritis, and a variety of psychiatric conditions.

SEE ALSO  Where is the trucking industry now when it comes to hiring women?

Before Epidolex hit the market, the FDA had previously approved two man-made cannabinoid medicines synthesized in the laboratory to treat nausea and vomiting resulting from chemotherapy. More research is required to better understand all of the different therapeutic and clinical uses of this substance – and, of course, their potential ramifications for the decriminalization of marijuana in the future. Only time will tell, but of course, new therapeutic applications of the drug will generate growth in cannabis-based pharmaceutical drugs and could be a lucrative market for investors.

While Canadian cannabis companies will not be selling weed in the United States any time soon, the Canadian company Canopy has recently been granted a license to sell hemp in the state of New York. In a 2016 statement, the DEA defined hemp as a variety of the cannabis plant intended to be used for industrial purposes, such as paper, textiles, environmentally friendly plastics, construction, and fuel.

It seems likely that in the future, Canadian cannabis companies will seek to expand southward by operating hemp facilities in the United States and elsewhere in the world where marijuana use remains illegal. If other companies, such as Aurora, follow Canopy’s lead, this could be a profitable way for Canadian weed companies to expand.