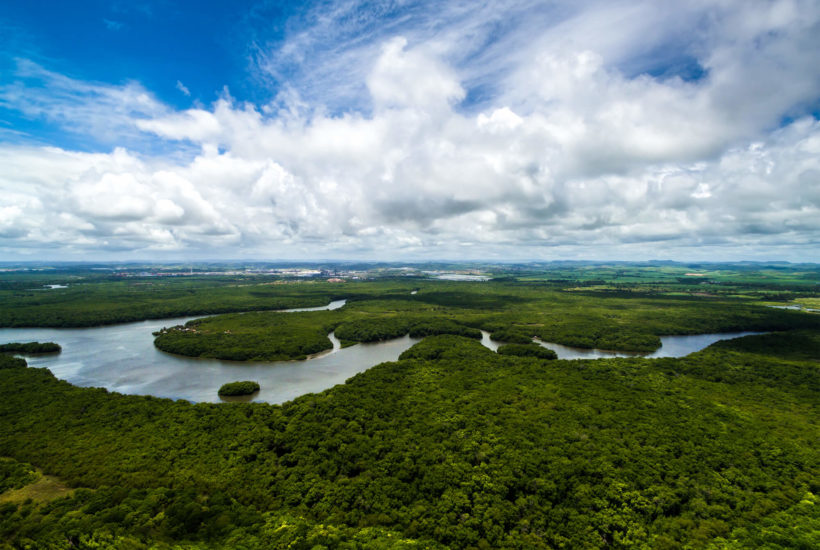 The fires in the Amazon have been burning for several weeks now, much to the disappointment of the world. The widespread outcry against the policy that has resulted in the forest fires and the impact that the current global economic situation has had on the fires are all understandably being discussed at the moment. But things need to be taken a step further than that. The fires need to be actually contextualized in the sense of the financial markets and exchanges. What kind of effect will the fire have on the global economy?

This insight would also provide a good opportunity for those traders who are looking to invest in the near future to try and understand what the industries it might be a good idea to look into. We are not going to be talking about profiting off of the Amazon fires, in this case. But, we are going to mention some opportunities that are going to be arising as a result of the fires.

US farming agriculture going down

One of the most significant precipitants of the current forest fire crisis in Brazil is the trade war between China and the US. Most people are currently mostly blaming Bolsonaro, the recently elected Brazilian president. The president did get elected on the platform of allowing more use of the Amazon forest for farming purposes. But, while his policies have definitely precipitated the current situation in the Amazon, the main cause for it would be considered the opportunity that was provided to the farmers of the Amazon forest.

The trade war between the US and China has resulted in the latter’s import ban of US agricultural goods. The list includes soybeans, which is a multi-billion dollar import. Corn and a number of other important US crops are also included.

The ban has resulted in the SU farmers losing a large chunk of their markets, with the space to export these farm goods to China now being open. Russia attempted to replace the US as the export farmer but failed to do so, after the so crop failure recently. The space remains open, and those farmers in the Amazon who saw the opportunity decided to act on it.

Soy requires large swaths of land to grow. The farmers in the Brazilian regions that are close to the Amazon do not have these swaths of land available to them. These lands are mostly covered by the forest itself. To be able to start participating in the soybean sale economy, the farmers needed to be able to get rid of the forest and start using the land.

So, one of the best solutions they saw, was the burning of the forests. Bolsonaro has enabled the farmers to act on the market movements, without any fear of repercussions.

The soybean farming industry is moving out of the US and into Brazil. It would be prudent to start considering moving their investment away from any company in the US involved with soy. The reason is simple: the manufacturing and consumption markets are no longer anywhere near the US. Unless these companies end up expanding to Brazil, they are not going to be seeing any profit from the markets.

What has become even more obvious with the Amazon fire, beyond the farming issues, has been the attitude of the people toward climate change. While the locals burn the forest in order to free up land for farming, the international community is ramping up their speech of discontent. They are showing further support for “renewables” technologies. Anxiety is driven high because of the irrefutable climate change disaster that the planet is facing.

One thing that the markets are going to be seeing more is the growth of the share value of companies that are involved with these industries. The forest fires have underlined the importance of action. Many people are going to be viewing action as purchasing goods that are related to renewable technologies. This means looking at companies that deal with solar and wind energy. It also means looking at companies that are looking, or already utilizing, “environmentally friendly practices.” It is a nebulous term, but it is one that seems to be popular among consumers.

Furthermore, different industries are under scrutiny because of their effect on climate change. More people are now talking about how the meat industry’s failure to decrease its carbon footprint is a danger to the planet. Several activists also accused the meat industries around the world of contributing the forest fires in the Amazon.

So, one thing to look out for will be companies that are considered to be more environmentally friendly. The fallout from the fires drives more people to invest in those, start purchasing from those.

The biggest result of the current situation in the Amazon globally, will be the change that is going to be seen in the international communities. Many countries have already been talking about moving away from burning carbon-heavy materials. Instead, they have been looking into working with renewables companies in order to drive change in their current situation. European countries like France have already started looking into replacing most of their power either with nuclear, solar or wind power.

All in all, it would be smart to start investing in renewable energy, supply and tech support companies. The change in the attitude of international communities is obvious and an important sign of a changing market.