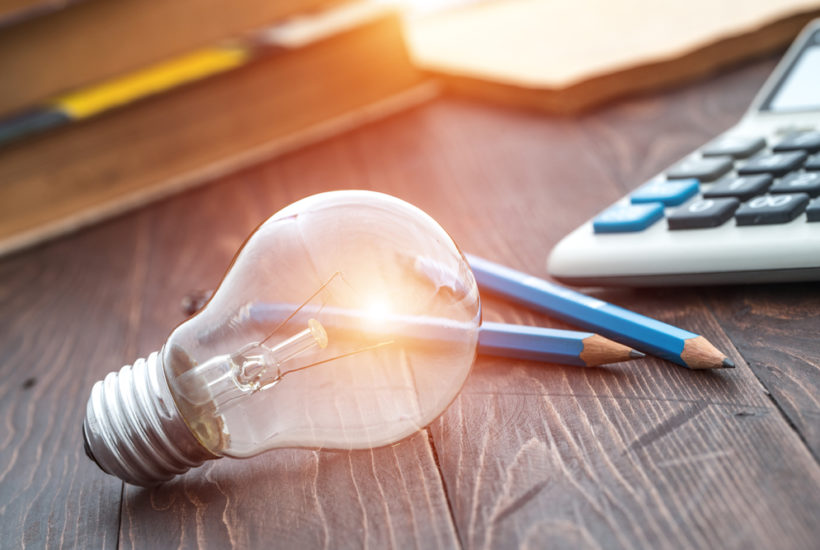 Breakthrough ideas come from nowhere. One day everything is normal: you wake up, drink your coffee, go to work, come home, and go to sleep. The next: you wake up, drink your coffee, and realize humans are not the only intelligent beings in the universe. You’ll never think about your place in the universe the same way again. Your fundamental understanding of the nature of things has shifted.

Big world-changing breakthroughs have been marked throughout history. Five hundred years ago, the earth was the center of the universe. Then Galileo pointed out the Earth circled the Sun. Two hundred years ago, we thought animals were always the same and then Darwin went on a sailing trip and talked about evolution. A mere sixty years ago, Watson and Crick discovered DNA and now people use 23 & Me to discover their genetic history.

Despite how it feels, breakthrough ideas don’t just suddenly appear. According to innovation expert, author, and TED speaker Eric Haseltine, breakthrough ideas are preceded by common conditions. In his TED talk on great ideas, Haseltine outlined the four conditions that precede breakthroughs. If you want to see if you have a world-changing idea, study this list.

1. Invention of a new instrument

Is your idea based on a new way to measure or observe things? Every time a new instrument is developed, humans discover something never known before.

Do people think your idea is crazy? All breakthrough ideas seem crazy before they are proven the norm.

Galileo was thought to be a kook and vilified by the Catholic Church for suggesting the Earth was not at the center of the universe. Darwin was not universally praised for suggesting humans evolved. Ignaz Semmelweis of Vienna, who you probably never heard of, proved germs caused disease long before Pasteur and Cooke, but died in an insane asylum because no one believed him. You might also recall the idea of continental drift and an asteroid killing off the dinosaurs were wacky. Some still do.

Does your idea come from a combination of various fields? A connection and intersection of diverse ideas from different fields often lead to a breakthrough.

The theory of relativity for Einstein was a mix of physics and math. The structure of DNA came from a blend of biochemistry, physics, genetics, and crystallography by Watson and Crick. Material science and physics have helped create the single polymer graphene, for example.

4. Removal of humans (and men) from the equation

Does your idea reduce humans or men from the equation? Breakthrough ideas happen when humans (and men) take themselves out of the center of the action.

When humanity did not need to be the center of the universe, we could truly develop the field of astronomy. When humans were just part of the animal kingdom, we could accept evolution as a theory. Not to mention, when you remove the male gender from the equation, you can have new understandings of how society, behavior, and intelligence work.

Today with artificial intelligence, humans are being removed again from the equation. Machine learning has taught humans new ways to play the ancient game of Go. Machines have invented their own languages. What else might humans learn about things when they are removed?

So when you look at your idea, does it meet these four precedents? Is it born from a new instrument, fringe theory, the convergence of ideas, or doesn’t need humans? If so, congratulations. You may have developed an idea that changes our fundamental understanding of the world.