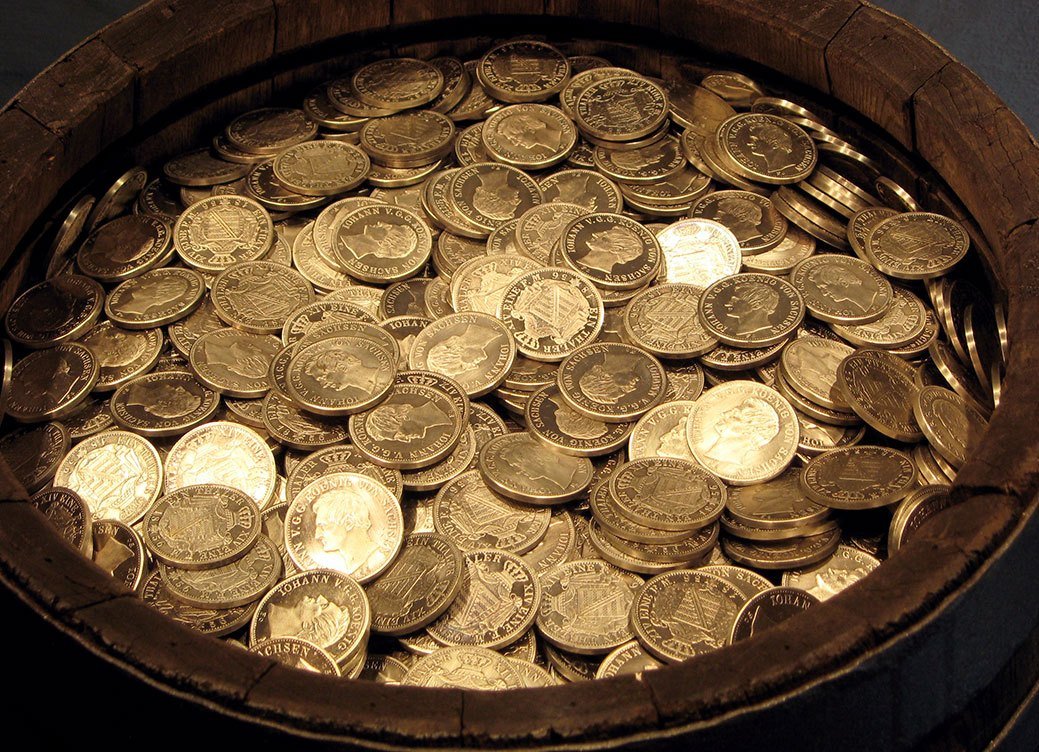 Besides being used as a medium of exchange, coins are an object of interest for many people and serve as an interesting hobby when being collected, studied, or admired. The term numismatist is used to describe a collector, coin dealer, or simply a person interested in the fascinating history of coins. Let’s take a look at some of the coolest coins from around the world that every passionate numismatist would love to have in his or her collection: 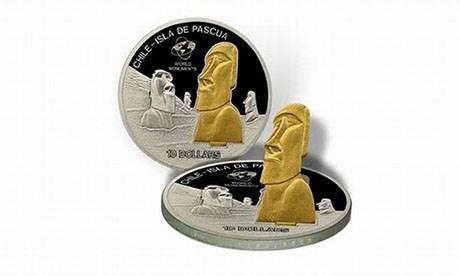 This 10-dollar coin issued in 2007 from the Cook Islands was devoted to the most iconic and monumental figures from the Chilean Easter Island. What makes this coin especially interesting is that it has a 3D effect. The Eastern Island statue, which is gold plated, can arise from the flat surface and be adjusted to look like it’s standing on the coin. 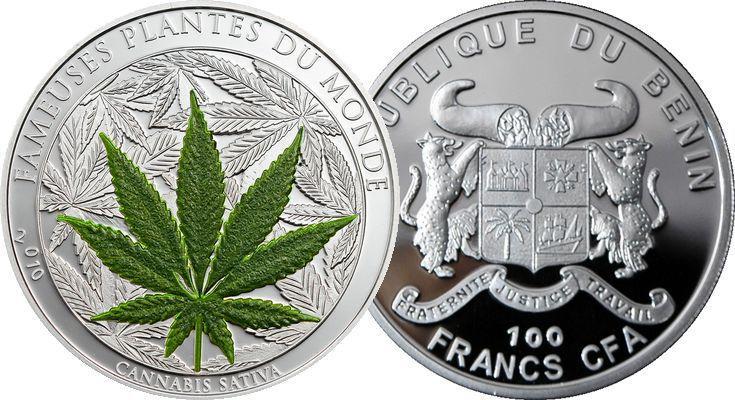 The cannabis coins from West African Republic of Benin. (Source)

This 100-franc coin, issued by the authority of the  Government of Benin, was of interest to both coin collectors and marijuana lovers. It features a green cannabis sativa leaf that releases a particular smell when rubbed for about 40 times, thanks to a special synthetic additive (though not the plant itself). This coin was released in only 2,500 samples. 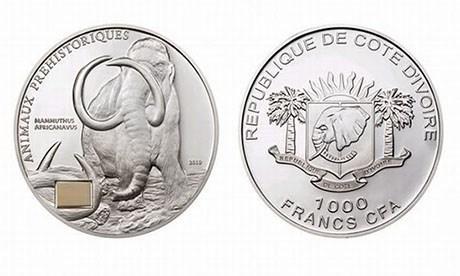 Holding a denomination of 1,000 francs and coming from the Ivory Coast, this coin was issued in 2010. It pays homage to the Mammuthus Africanavus, an extinct animal species. It is said that this coin contains an authentic fragment of prehistoric fossilized Mammoth tooth. 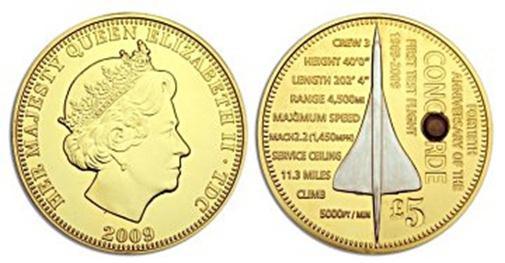 The tiny island issued the 5-pound coin in 2009 to commemorate the 40th year celebration of the first test flight of the Concorde supersonic aircraft. At the back side of the coin, there is a picture of the aircraft with some basic information, and an actual piece of the Concorde’s titanium alloy heat shield. 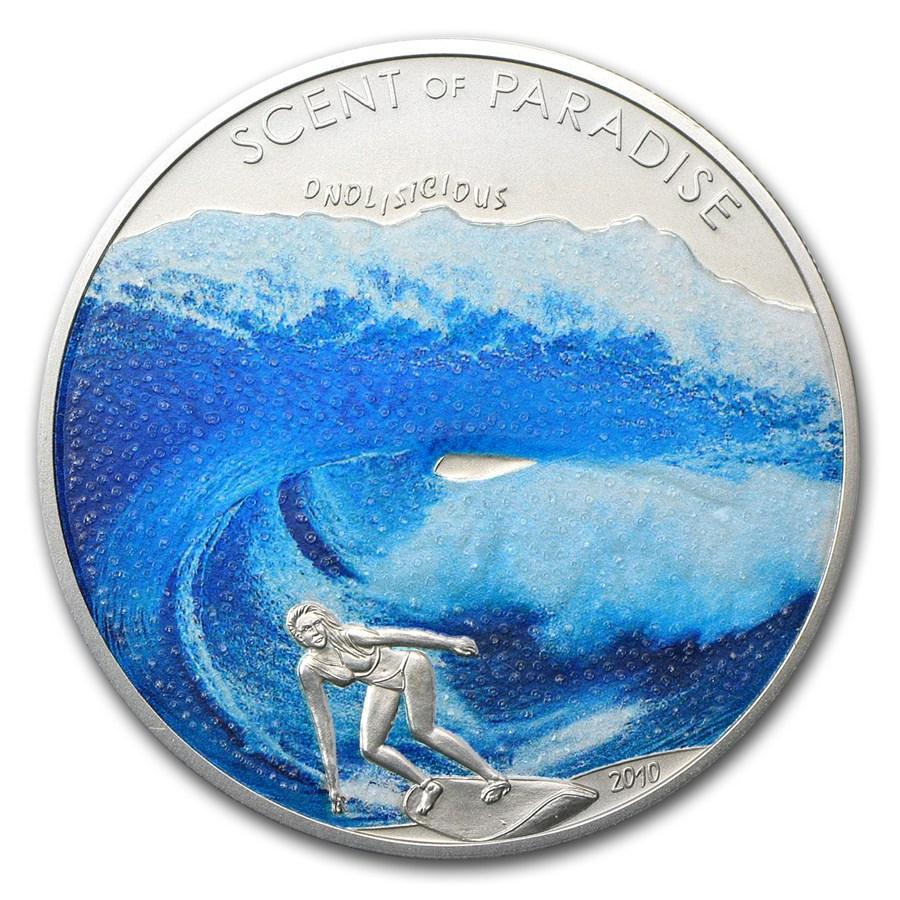 The scent of paradise coins from Republic of Palau. (Source) 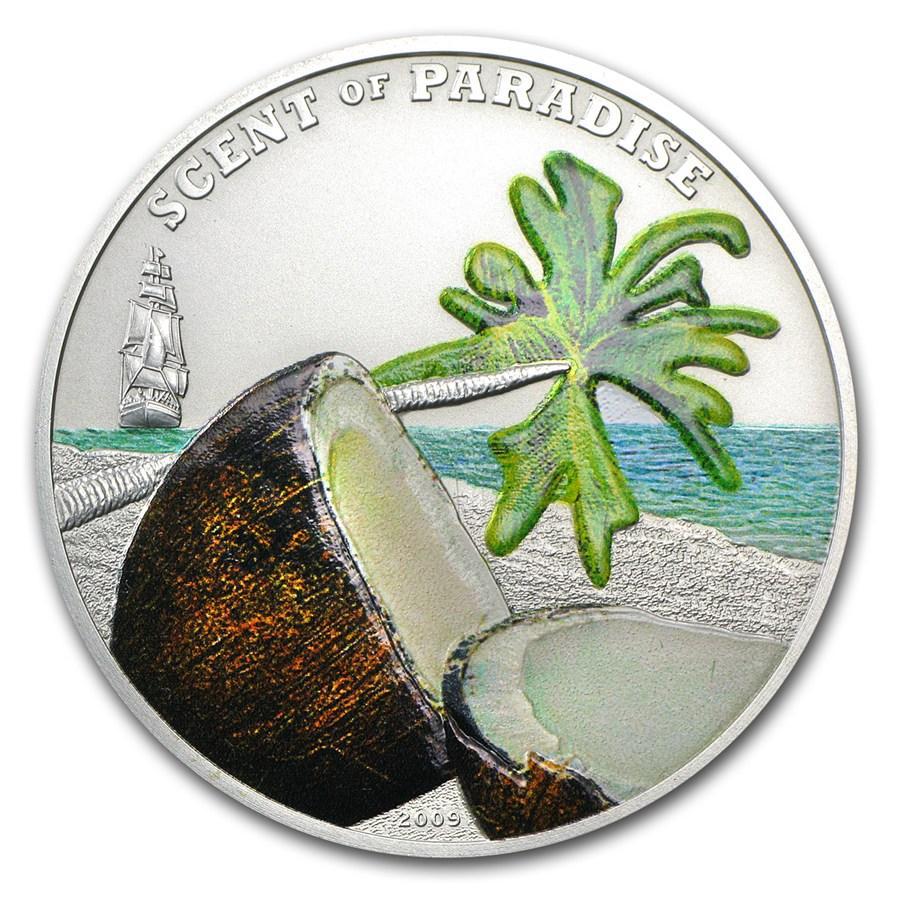 The scent of paradise coins from Republic of Palau. (Source)

The scent of paradise coins (Republic of Palau)

The region of Palau has the coolest idea to produce coins with bright colors and wonderful scents inspired from the island’s own incredible landscapes. The 2 silver coins issued in 2009 and 2010 have a face value of 5 dollars and were produced at 2,500 pieces each. If you gently rub these coins they reveal the smells of the ocean and coconuts. 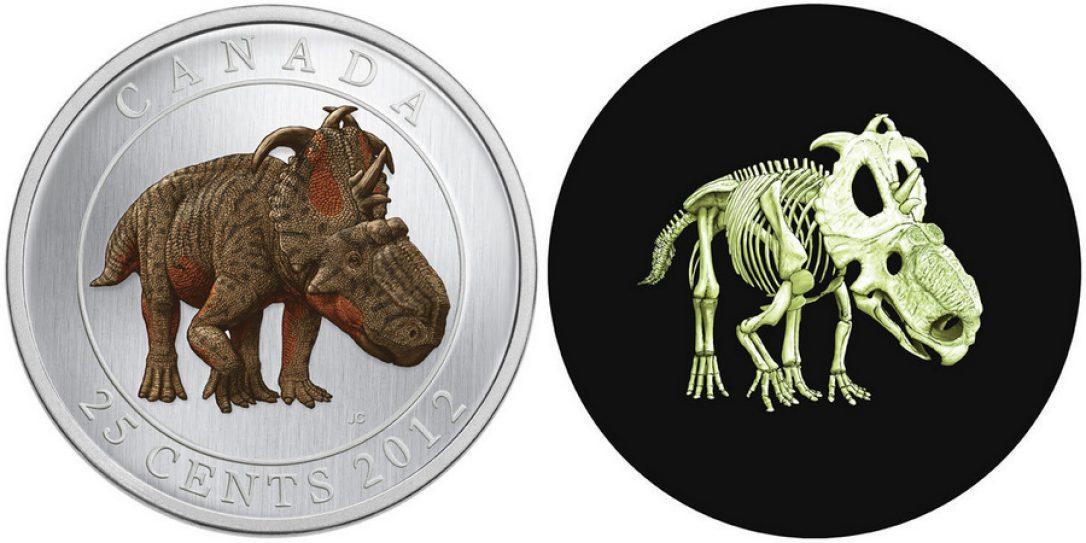 The dinosaur coins from Canada. (Source)

This Canadian coin of 25 cents were issued in 2012 at 25,000 pieces. It has a special feature: a glow-in-the-dark Pachyrhinosaurus lakustai dinosaur. It’s the first photo-luminescent coin as part of the 4-coin Prehistoric Creature series.

The geometric shape coins from Republic of Somalia. (Source)

This African country is an absolute winner when it comes to unusual and interesting coin designs. The 2008 series of 1 dollar silver-plated coins have the most amazing shape ever. When you think of a coin, you picture a small flat round piece of metal.But that’s not what the Central Bank of Somalia had in mind. Their 3D geometric shapes of pyramid, cube, an orb, a cylinder, and a cone are unique and carry the Coat of Arms of Somalia. Because of the big interest they caused, they were reissued in 2012. 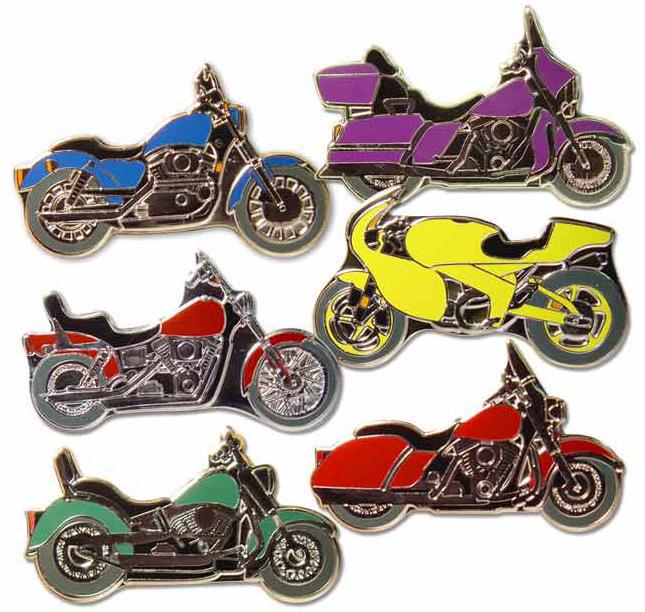 The Harley Davidson coins from Republic of Somalia. (Source)

Meanwhile, the 2007 series of copper-nickel-silver-plated Somalian one-dollar coins were in the shape of Harley Davidson motorcycles. The Somali Bank authorized a series of six different multicolored coins that looks more like a badge than a coin. 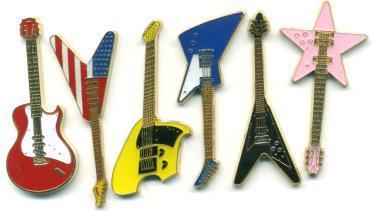 The guitar coins from Republic of Somalia. (Source)

There is also the Somali guitar coins from 2004, which are a real hit among collectors and guitar enthusiasts. Their designs are inspired from famous electric guitars, such as the classic red-and-white Les Paul, a black Gibson Flying V, among others. It is believed that with this initiative, the Somali government wanted to improve the general reputation of their country, and bring it closer to Western civilisation.