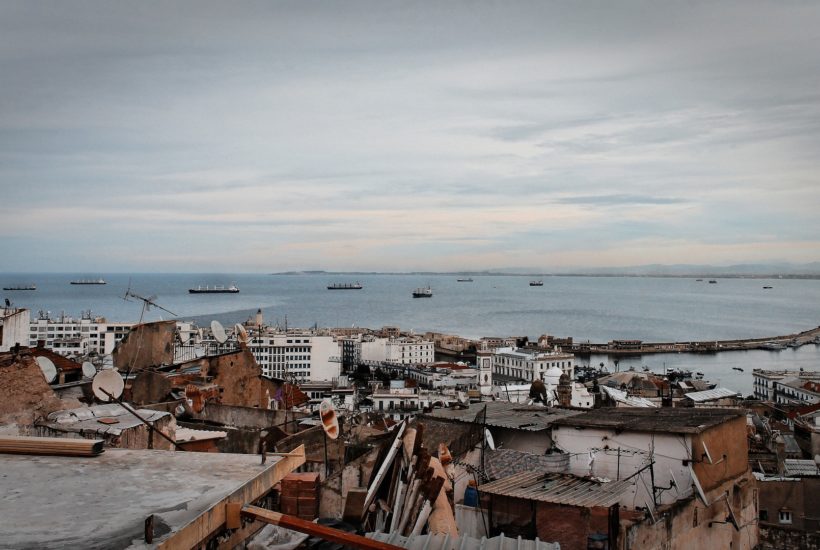 Schools and markets are closed in Algeria, and there are already at least 330 deaths caused by the coronavirus pandemic. The country is not spared by the coronavirus outbreak, even if the situation remains under control, as President Abdelmadjid Tebboune said. However, that is not always the opinion of doctors. Equally worrying is the economic and social crisis, which is set to be worsened by the vertiginous drop in exports (and prices) of hydrocarbons, which still account for 90% of the country’s export earnings.

Find out more about the impact of both the coronavirus pandemic and the fall in oil prices on Algeria’s economy. Read the most important economic news from around the world with the Born2Invest mobile app.

With air and land transport at a standstill, the pandemic is paralyzing all productive activities worldwide. The current health and economic crises are revealing the fragility and the hyper-dependence on hydrocarbons of the Algerian economy.

With a barrel fluctuating between $22 and $33 since March 30th, 2020, the country’s monetary reserves are being rapidly depleted, whereas the 2020 Finance Law predicted an oil price of around $50.

The Organization of Petroleum Exporting Countries (OPEC), chaired by Algiers, has announced a reduction in world supply of 10 million barrels of crude per day (mbd) from May 2020, in order to slow the fall in prices. However, given the very low demand, this will not be enough to recover Brent crude prices.

President Abdelmadjid Tebboune acknowledged the “vulnerability” of the Algerian economy “because of our negligence for decades in freeing it from oil revenues.”

Mr. Tebboune considers it “imperative to put an end to the bad practices taken during the period of financial affluence, giving as examples the waste and the spirit of laziness and over-consumption.”

Algerian economist Ahmed Dahmani lists the dangers of the situation: rapid drying up of foreign exchange reserves, worsening of the budget deficit and balance of payments, strong devaluation of the dinar and inflationary pressures. In the end, the economic recession and its corollary: mass unemployment.

“The government has no choice but to broaden the tax base, use public debt and negotiate loans. With the remaining foreign exchange reserves, this should allow it to hold on until 2021. But what will happen after that?” wondered Luis Martinez, a specialist in the Maghreb at CERI-Sciences Po in Paris.

In order to cope with this alarming situation, the government has not yet started the printing of money but has announced a 30% cut in the state’s operating budget (without touching the salaries of civil servants and the financing of the health system), as well as a reduction in the country’s imports from $41 to $31 billion.

In addition, public hydrocarbon giant Sonatrach will reduce its 2020 budget by 50%, the equivalent of $7 billion.

“The most difficult task will be to maintain public spending and rebuild a new political system,” said Luis Martinez.

Moving away from dependence on hydrocarbons

The more structural solutions, which have been unsuccessfully advocated for years, are well known: diversifying the economy in order to reduce dependence on oil and gas and develop Algeria’s attractiveness.

However, many sceptics, such as economics professor Aderrahmane Mebtoul, doubt Algeria’s ability to attract foreign direct investment because of “bureaucracy, a sclerotic financial system and corruption.”

Nor does Mr Mebtoul believe in the possibility of recovering the capital that has fled the country. “The Algerian authorities can argue that the economic and financial situation is no better in other countries,” said economist Luis Martinez. According to him, “it is not the year 2020 that is on trial, but the 20 years of clientelism, nepotism, and corruption during the reign of former President Abdelaziz Bouteflika.”

(Featured image by SofiLayla via Pixabay)

First published in franceinfo:, a third-party contributor translated and adapted the article from the original. In case of discrepancy, the original will prevail.