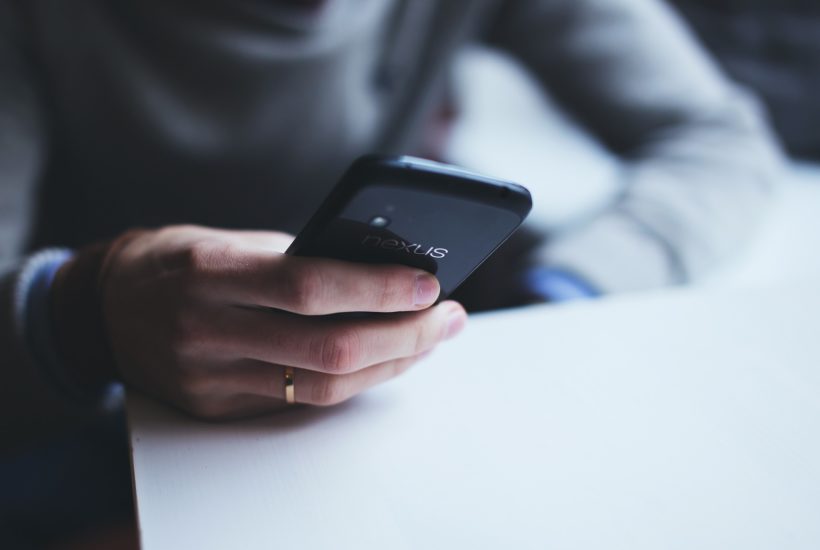 We are now in the era of social distancing. As restaurants, parks, movie theaters, sports arenas, and other public spaces are shut down due to coronavirus, society as a whole is rethinking how to move forward with our new normal. With most businesses and schools closed, and with limited leisure activities, people are finding ways on how to keep themselves entertained. Frank Gibeau, CEO of Zynga (NASDAQ: ZNGA), says it’s not surprising that mobile gaming has been a source of comfort: “As people around the world shelter-in-place, friends and families are turning to social games as an incredibly engaging and highly accessible way to connect.”

For Leaf Mobile, Inc. (TSXV: LEAF), who recently launched the counter-culture game Cheech & Chong Bud Farm, the past few months have been a challenge as well an opportunity to press on and provide joy to fans whose lives have been turned upside down because of COVID-19. CEO Darcy Taylor says, “It is truly an unprecedented time in our history—but we are always here for our community. When we compare our user segment results to our other assets spanning the last decade, the trajectory is truly encouraging. This only goes to show how gaming has an important place in our lives.”

In the first half of 2019, a report from analytics firm Sensor Tower showed that global revenues for mobile gaming amounted to $29.6 billion, or almost 75% of all purchases on Google Play and the Apple iOS Store. This is an increase of almost 12% compared to 2018’s data.

Without a doubt, mobile gaming is the leading gaming platform today. Even big-name games are crossing over, like Call of Duty: Mobile and Mario Kart Tour. Then there are games like Honor of Kings by Tencent which earned $728 million, while Fate/Grand Order by Sony Aniplex earned $628 million, respectively. As the calendar year ended, TechCrunch disclosed that the industry increased its estimated worth to $68.5 billion.

But the amazing figures do not stop there. Per App Annie’s The State of Mobile 2020 report, 12.3 billion app downloads from last year came from the U.S. alone, followed by Japan at 2.5 billion, and South Korea at 2 billion. By 2023, it is expected that the mobile app industry will contribute $4.8 trillion to the world’s GDP, with mobile gaming on track to surpass $100 billion this year.

The COVID-19 pandemic has also seen a boost in mobile gaming data usage when the lockdown was implemented last March. For example, Verizon experienced a 75% increase while Comscore’s surged by 50%.

Mobile gaming stocks for your portfolio

Experts are now turning to mobile gaming stocks as the industry proves it can withstand the current crisis. If you want a coronavirus-proof portfolio, you might consider these companies:

Zynga (NASDAQ: ZNGA), known for FarmVille and Words with Friends, saw a 52% growth in sales from $265.4 million to $403.8 million. The company is expecting revenue to the tune of $1.65 billion for this year. It has recently published a new game, Harry Potter: Puzzles & Spells, which has received positive reviews from fans.

Then there’s Activision Blizzard (NASDAQ: ATVI), who hit $1.79 billion in first-quarter revenues, with net income at $505 million, up by 13% from $447 million last year. Popular for the game Candy Crush, it is also the maker of Call of Duty and World of Warcraft.

New kid on the block

Meanwhile, all eyes are also on Leaf Mobile (TSXV: LEAF), who is a longtime mobile game publisher but new to the IPO scene. It recently achieved new highs after it launched the cannabis game Cheech & Chong Bud Farm, which collected $0.1 million in revenue and has received nothing but highly favorable reviews so far.

The company’s Bud Farm franchise also includes Bud Farm Grass Roots, Bud Farm 420, and, in particular, Bud Farm Idle Tycoon, which hit a new monthly record of $2.5 million in earnings. Anchored in creativity and data insights, Leaf Mobile believes in creating games that are highly engaging and which produces enduring player enjoyment. Its association with the cannabis industry has also cemented the company’s status as a staunch innovator in the counter culture mobile gaming market, with game title yearly revenue at $10 million, and game title lifetime revenue (from 2011-2019) at $60.6 million.

SEE ALSO  How is cryptocurrency different from fiat currency?

CEO Darcy Taylor is optimistic at what the future holds: “We have been successfully operating with no disruptions during the COVID-19 pandemic. We have seen increased performances from Bud Farm Idle Tycoon and return to growth of our legacy games in April which, when added to the strong early results from Cheech & Chong Bud Farm, puts us in a great position to significantly stack revenues and scale our business. We believe we are well-positioned to deliver on our plan for the full year.”

Investing in the time of coronavirus

By 2021, it is predicted that there will be 2.7 billion mobile gamers all over the world, and 213 million of them will be coming from the U.S. While console and PC games also rake in a lot of money, mobile gaming still dominates the market.

COVID-19 has surely tested the resilience of companies, and the mobile gaming sector has demonstrated without a doubt that it can thrive during a crisis. Most businesses are bound to close as the nation goes into recession, but you can rely on these mobile gaming superstars to carry on and persist.

(Featured image by Pexels from Pixabay)