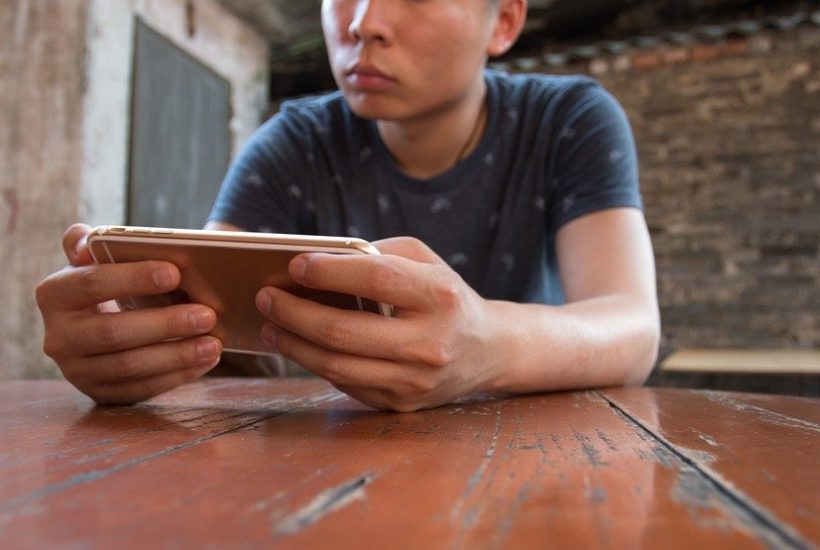 Cannabis game pioneer Leaf Mobile Inc (TSX.V: LEAF) has announced that it has entered into a letter of intent (LOI) to acquire all securities of award-winning game studio East Side Games. While the deal remains conditional upon some details yet to be finalized, like TSX approval for Leaf to list its shares on that exchange (currently, Leaf is listed on the venture exchange), the announcement is exciting news for mobile gamers and investors alike.

After a year spent delivering counter-cultural mobile gaming hits and capitalizing on celebrity IP, Leaf Mobile has proven itself to be one of the leading forces in the Canadian mobile gaming scene. This year has seen the company achieve phenomenal success, growing its revenues and attracting further celebrity talent for future releases.

With this background, the pairing between East Side Games and Leaf Mobile looks to be a synergistic one between two perfectly matched studios. While the two companies do share a lot of overlap in core competencies, each has been consistently delivering mobile gaming hits with their own unique twists and innovations. The post-merger whole promises to be greater than the sum of its parts.

Who is East Side Games?

Given that it’s currently a private company, the average investor may never have heard of East Side Games. Yet, despite this, it’s very much a big deal in the world of mobile gaming.

Founded by three tech entrepreneurs and a team of 14 people back in 2011, the studio has now grown to become one of the biggest mobile gaming companies in Canada. Over the years, it has only gone from strength to strength. Now, with two offices, over one hundred employees, and a string of highly successful mobile gaming releases behind them, East Side Games is seen by others in the industry as one of the fastest growing game houses in the country.

What makes East Side Games so successful?

East Side Games’ success is, in many ways, attributable to the same elements that have rocketed Leaf Mobile to its extraordinary success: its intelligent use of celebrity IP, genre-leading games, and indie studio care and creativity.

The final element—the indie studio care and creativity—is not a minor component either. East Side Games often refer to their games as being made “by fans, for fans,” implying that there is a lot of love and attention, and a hefty dose of creative flair in all of their games.

SEE ALSO  Whiskey, the water of life: Interesting facts about your favorite drink

This is something that larger multinationals simply cannot replicate, meaning that while they do indeed have some blockbuster titles that become huge successes, it is far more hit and miss. Many big studio games fail as, more often than not, they find themselves staffed by developers who are simply going through the motions and ticking off the to-do boxes, leading to sterile games with no real fan appeal.

Let’s not forget: East Side Games and Leaf Mobile are both leaders in a growing genre

Another key component making up the success of both companies is their early entry into a growing mobile gaming niche: “idle clicker games.” As the name implies, idle clickers are games that require very little active play from gamers. Unlike First Person Shooters and other traditional genres that require reflexes, timing, and “thinking on your feet,” the idle clicker genre is all about moving the characters through a narrative by completing tasks that can be easily achieved without years of gaming practice.

And while this might not immediately appeal to more experienced gamers, it’s a genre that was long overdue.

For a long time, a major thing holding many potential gamers back was that games were too heavily focused on shooting things up and racing cars around, all at the expense of narrative. But while it’s now unquestionable that a market does exist for these more active gameplay models, it ignores the fact that people read books and watch movies without demanding interactivity, so why shouldn’t a middle ground exist?

No doubt the industry was partly held back by hesitation; once a tried and tested formula exists, it can be difficult to risk diverging from that path too much. Unless, of course, you’re a small publisher that’s driven more by passion than by risk aversion.

Fortunately for Leaf and East Side, the risk paid off handsomely, leading to the emergence of two home-grown heroes basking in the success of their domination in a booming niche of the mobile gaming world.

Just how successful have Leaf Mobile and East Side Games been?

Quantifying Leaf Mobile’s success is relatively easy, and best done by lifting numbers directly from their most recent earnings report: Q2 2020 revenue of $8.4 million, up 84% from the previous quarter; 1H 2020 revenue of $14.7 million, up 74% over full-year 2019 results. Leaf is clearly a company generating exponential growth.

On the other side, with East Side Games being a private company, they’ve been under no obligation to release financials to this date. We can, however, look towards some other indicators which reveal a little something about what is happening behind the scenes.

Firstly, the company can currently boast a 40 million strong fan base following its mobile gaming titles, which puts it up there amongst the most popular studios on the app stores. It’s also evident just how much the company has grown over the years, with its expansion from a barebones staff of fourteen personnel and one office, up to over one-hundred staff across two locations. It has also been recognized with a “top 50 game maker in the world” award, as well as being recognized as one of Canada’s fastest growing companies.

What will the Leaf Mobile and East Side Games merger look like?

On the purely pragmatic side, there will be obvious and necessary changes immediately. Along with a potential name change, there will also be restructuring at the executive level, resulting in a streamlined team full of highly experienced industry veterans.

But the biggest benefits will come from the sharing of data and IP that will come with the merger; each studio has a wealth of data and knowledge about the mechanics that add the polish to their games. Details about things like which monetization strategies work best in any given context, user engagement times for particular gameplay scenarios, etc.

In the highly competitive world of tech, these are often the details that set the winners apart from the rest of the pack. This means that, once these two powerhouses are combined, their combined IP and data will only reinforce existing titles and guarantee even greater success for their futures.

(Featured image by Chanz via Pixabay)