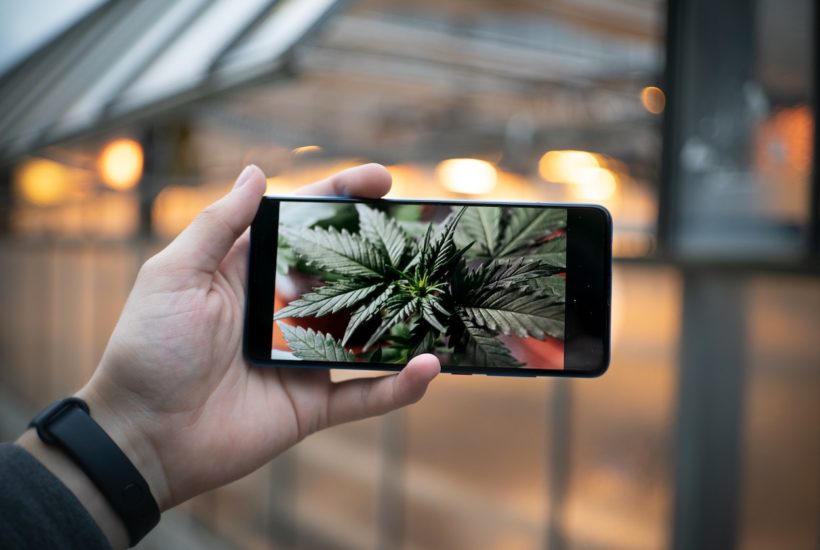 While you may never have heard of any of Leaf Mobile’s (TSX.V: LEAF) counter-cultural gaming releases before, you’ve definitely heard at least one of B-Real’s, even if you’ve never heard his name before. As one of the lead rappers of hip-hop group Cyprus Hill, he’s one of the masterminds behind the catchy line “insane in the membrane, insane in the brain,” from the groups early-90s smash hit release “Insane in the Brain.”

Far from being a simple one-hit-wonder, however, B-Real is a Multi-Platinum, GRAMMY® Award-nominated artist who has maintained a loyal fanbase for decades. Still capable of pulling in millions of YouTube views on new releases, B-Real currently has over 1.2M followers on Instagram, 250K followers on Twitter, and just shy of 700K subscribers on his YouTube Channel “BREALTV.”

That’s a huge following, and they’re all highly engaged. So what is he doing with it?

An all-round Dr Greenthumb of the cannabis game

Since his early Cyprus Hill days, B-Real has been an outspoken advocate for cannabis, leading to him becoming a highly respected figure in the scene. This notoriety began in the early 90s when the group appeared on Saturday Night Live, proceeded to smoke marijuana live on stage, and subsequently joined the small handful of people who’ve ever been banned from the late-night show. While the stunt didn’t play out exactly as planned, B-Real says that the effect was still what they wanted, launching the group to cannabis icon status.

In recent years, the rapper has taken the publicity foundation which he has built up for himself as a cannabis icon and used it in more productive ways. Now, as a cannabis businessman, advocate, and social media superstar, he’s put his name to successful business ventures like the successful chain of Dr Greenthumb cannabis dispensaries scattered across the states.

Bringing the highlife to mobile gaming

With a string of other successful ventures now under his belt, he’s turning his attention to the growing market of mobile gaming. In particular, he’s focusing on the insanely popular cannabis gaming sector, teaming up with cannabis game innovators Leaf Mobile to bring out a new weed farm game with his name on it.

This pairing promises to be a potent combination set to deliver a very popular release.

B-Real has a massively loyal following and a well-established cannabis notoriety, which will introduce thousands of new players to the cannabis game world. But beyond mere notoriety, he’s an experienced businessman these days, too, meaning he knows how to capitalize on hype and celebrity appeal.

On Leaf Mobile’s side, their experience delivering highly successful titles in this space guarantees that a successful game will be delivered. Already releasing a string of hits which have been successfully monetized, their credibility is well established.

This isn’t Leaf Mobile’s first rodeo, and they’re already well acquainted with what’s required to capitalize on such significant ventures. Their recent collaboration with Cheech and Chong is testament to this, delivering results beyond expectations and showing the potential when the right name is coupled with the right game.

Currently beating out all of its competitors in app store search rankings, and maintaining an average rating of well over 4.5/5 after tens of thousands of reviews in both app stores, Cheech and Chong Bud Farm is a huge hit for gamers and the company alike.

This has resulted in the company reporting record revenues in Q2, delivering an 80% increase over the previous quarter. This already puts them up 74% on full-year revenues delivered last year, painting a very bright future for the company.

The game is expected to launch early 2021 and there’s no reason to expect any delays to this schedule. Leaf Mobile has shown they’re capable of delivering titles to schedule. Their Cheech and Chong collaboration was even delivered to the exact day, launching on 4-20 to maximize the hype and publicity that comes to cannabis on this day.