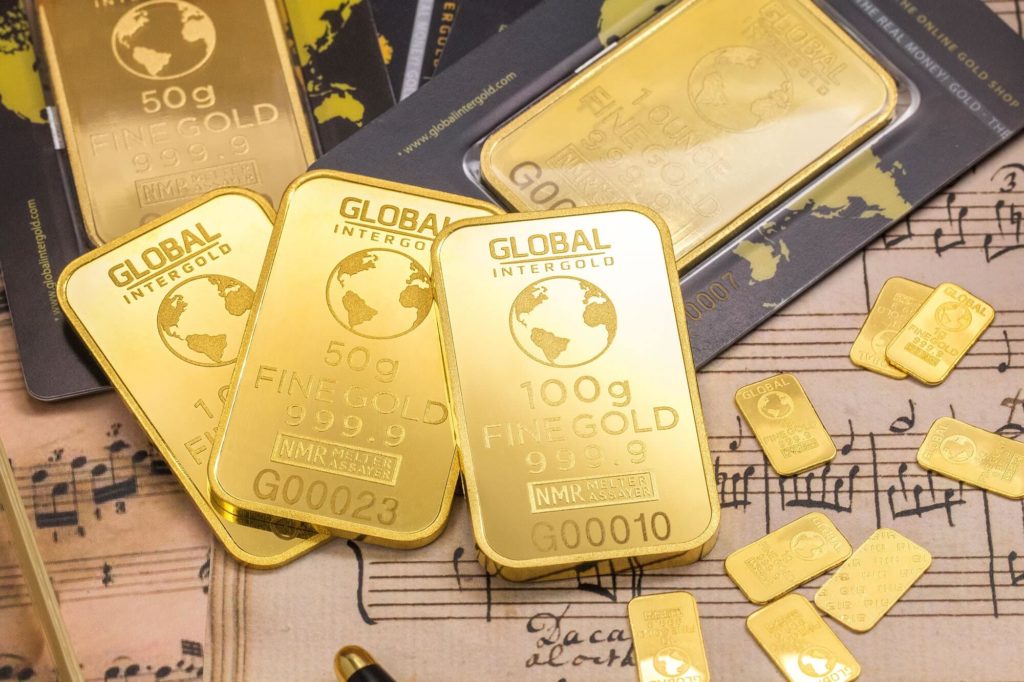 You know I’ve been fighting the gold bugs for a long time. Gold is an inflation hedge, not a deflation hedge. Turn to gold for safety during a deflationary period and you’ll get your ass handed to you on a golden platter!

If that were going to happen, it should have happened by now.

Instead, gold has formed a strong base at $1,050, moving sideways for three years now.

Bitcoin bubble burst in December 2017. My model suggested that the crypto could have dropped to $1,000 by now, but it hasn’t. It has formed an even more convincing base at around $6,000.

Look at this chart, but when you do, note that bitcoin and gold are on very different time scales. 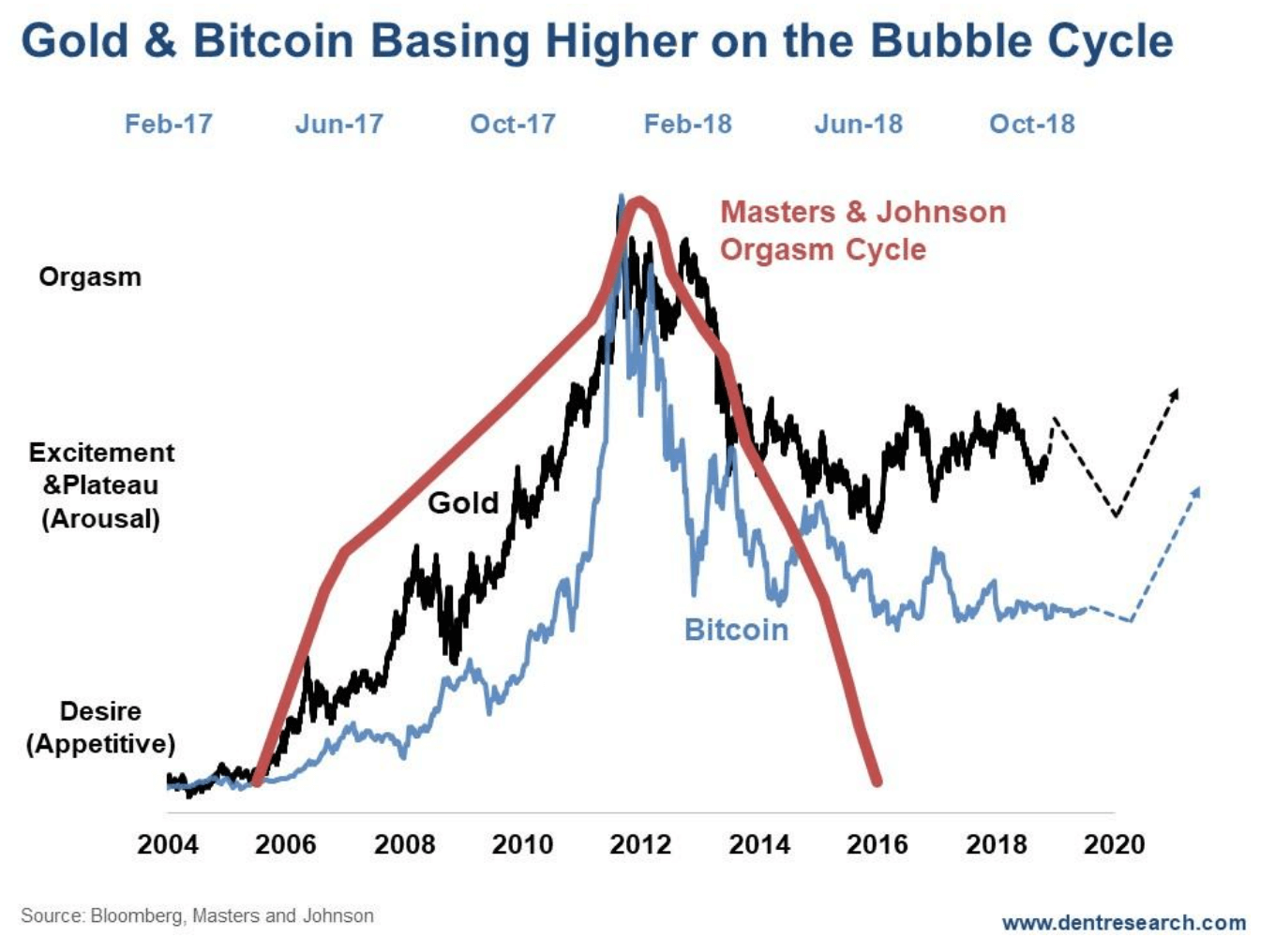 Does this mean my model doesn’t work?

There are always exceptions to the rule. And my bubble models, since I introduced them in The Sale of a Lifetime’s Lost Chapter and Zero Hour, have been working very well for almost all stock, commodity, and real estate markets.

Besides, my model is more sophisticated than the simple “orgasm” trajectory I showed on the chart above.

So, what is this potentially telling us?

It’s telling us that gold still has some perceived value as a money or crisis hedge… and bitcoin/cryptocurrencies are the new up-and-comers in this arena and competing with gold.

The markets haven’t sorted this out yet, but these two commodities are trading differently than the others and that’s potentially bullish.

Gold could still falter to a greater degree in the next financial crisis when deflation rears its ugly head much more than it did last time. In that case, my new target would be more the $700 level rather than $450.

If gold does hold more sideways for the next few years and retests that $1,050 support… that could be the time to buy and hold for the long-term again.

I know many of our subscribers still have an affection for the illustrious metal—maybe you’re one of them—so this should be good news for long-term holders.

But to be clear: I am NOT forecasting that gold will suddenly catapult to $5,000-plus when the dollar collapses, and gold becomes real money again! That will NEVER happen!

It faces a different scenario.

And that’s what my friend and cryptocurrency mastermind, Michael Terpin, has set as his next target (although he’s envisioning this could happen as late as 2022, which is a possibility if cryptocurrencies do get a big boost from the next financial crisis… although this isn’t my most-favored scenario because I see it as the last extreme bubble to peak and crash).

Such a Bitcoin surge would be the 5th wave top, with the 1st wave peak in late 2013 and the 3rd in late 2017. That would complete the first “Hype Cycle,” as Louis Basenese called it at our Irrational Economic Summit this year.

Then we would see a bigger bubble burst back to $6,000 or so again.

After that, bitcoin and blockchain would follow the long-term scenario of the internet and see a fundamental long-term bull market into around 2035–2037… becoming the next “big thing” on the internet space for security, speed, cost, and currency for dealing with money and things of value.

Bitcoin could be a good buy here, near $6,000, and then again in 2020 if it retests this area again, assuming it does hold this level in the months ahead.