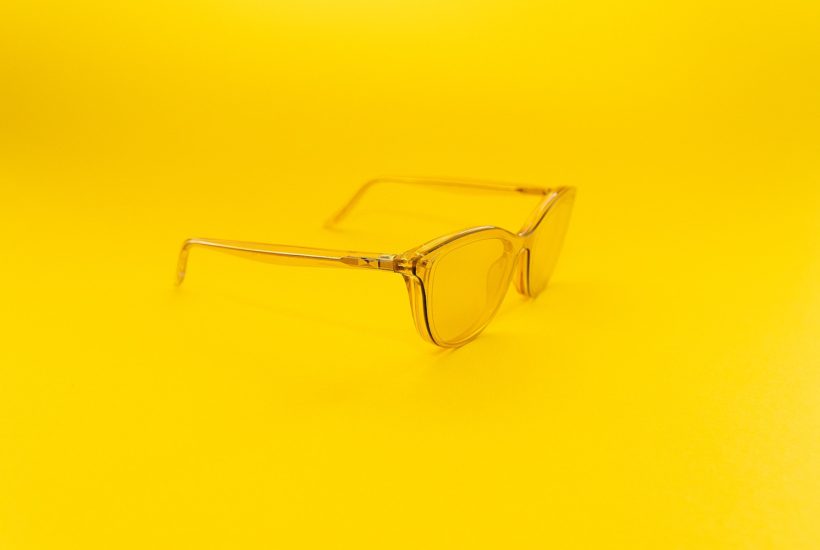 Well-known and trendy names such as Ray-Ban and Oakley, as well as luxury brands such as Prada, Chanel, and Armani, are all part of the EssilorLuxottica portfolio, whose growth has recently been driven by lenses and optical instruments. The group grew across all regions and divisions in the third quarter of the year. EssilorLuxottica will present its full-year figures for 2019 on March 6th.

The French lens manufacturer Essilor and the Italian frame manufacturer Luxottica expect their cooperation to result in lower costs and additional sales potential. They have set themselves ambitious goals, and the merged group is expected to achieve an annual adjusted operating profit (Ebit) of $467 to $668 million (€420 to €600 million) by 2023.

Discover the world’s most interesting business headlines and news with the mobile app Born2Invest. The app provides its readers access to the latest news in global business, stock market, finance news, and more.

EssilorLuxottic and its planned takeover

In order to grow further, EssilorLuxottica also has acquisitions on its agenda. For example, the company strongly believes it is on the right track with its planned takeover of the Dutch optics retailer GrandVision, to which the Apollo-Optik chain also belongs. EssilorLuxottica has already agreed a purchase price of $8.1 billion (€7.3 billion) with the Dutch company. The company intends to acquire a total of 76.72% of GrandVision, possibly even a little more.

The 2019 financial year, which actually went well, was clouded by the months-long leadership dispute at the top of the Group, which broke out after the merger and caused great uncertainty among shareholders after it went public. Both sides accused each other of claiming power for themselves instead of the agreed merger among equals. When Luxottica founder Leonardo Del Vecchio wanted to lift his confidant Francesco Milleri to the top of the merged group, the situation escalated. While Milleri heads Luxottica, his counterpart, Laurent Vacherot heads Essilor.

To smooth the waters, both sides agreed on an interim solution last May. Both managers mentioned above were given more powers of attorney, intended to drive forward the dovetailing of the two companies and develop and implement a new Group strategy. EssilorLuxottica is also continuing to search for a joint Group CEO. Milleri and Vacherot had previously made it clear that they would not be available for the management position. The company is currently managed by Del Vecchio and co-head Hubert Sagnières.

However, the new start that had been announced shortly before the end of the year suffered an unpleasant setback. Shortly before New Year’s Eve, EssilorLuxottica had to admit that funds had been misappropriated in one of its plants in Thailand. The management estimated the resulting damage at $211 million (€190 million). However, this figure does not include possible insurance payments.

SEE ALSO  What Trump's new tariffs could mean for investors

Analysts are positive about EssilorLuxottica

Market observers are largely positive about EssilorLuxottica’s further development opportunities on the capital market. A total of eight experts are included in the dpa AFX Analyser, half of whom advise buying and half of whom advise holding the securities. Nobody recommends selling. The average target price is around $151 (€136).

With a price target of $167 (€150), Bernstein analyst Luca Solca attests the French-Italian company the greatest upside potential. He refers, among other things, to the recent Capital Market Day, which was rich in information. In his view, noticeable profit-taking was probably only a temporary phenomenon. Analyst Julie Zhang from the major Swiss bank UBS is similarly confident, with a price target of $161 (€145) on the paper. She still considers the optics group to be attractive in the long term – despite short-term headwinds.

In contrast, the analysis company Jefferies was more skeptical at the end of December, citing the suspected fraud in a Thai plant. Nevertheless, analyst James Grzinic believes that the further merger of the corporate cultures of Essilor and Luxottica should reduce the risk of such incidents in the future.

Since the merger in October 2018, the papers have gone through a rollercoaster ride. While the share price was still just over $144 (€130) shortly after the merger, EssilorLuxottica then saw a gradual decline. After a decline in profits due to the strong euro in the 2018 financial year, the share price dropped to below $111 (€100) in spring 2019. It went down a little more in May when the management dispute at the top of the company became public.

After the dispute was declared to be over, a continuous upward trend for the share resumed, with the exception of minor setbacks. This is also due to the fact that EssilorLuxottica presented strong figures for the first three quarters of 2019 and expects business to continue to pick up in the coming years. By the end of the year, the share price had climbed to its previous high of $158.89 (€142.70). They are currently trading at around $7.79 (€7) below that level.

SEE ALSO  Publicis Groupe will skip all awards shows in 2018

In the past year, the share price rose by around 23%, roughly the same as the EURO STOXX 50, but compared to the front-runner ASML, the increase in the price of the eyewear specialist appears rather modest. The Dutch chip industry supplier has almost doubled its value in the Euro zone leading index in 2019. As the best German title there, adidas achieved an increase of almost 60%.

With a market capitalization of almost $69 billion (€62 billion), EssilorLuxottica is in the midfield of the most valuable groups in Europe. By far the most expensive listed company, the luxury goods group LVMH, is missing over $167 million (€150 million). And the distance to the most valuable German group SAP is also enormous. The largest shareholder in EssilorLuxottica is Leonardo Del Vecchio, who holds around 32% of the company with his Delfin holding company.