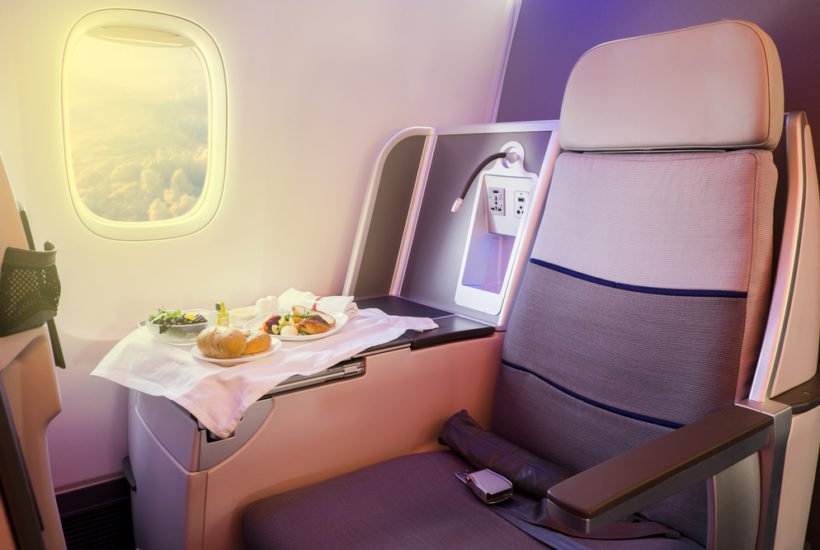 Be honest – you stopped playing the airline upgrade game a long time ago.

And for good reason. Airlines demanded way too much in exchange for a slightly more comfortable seat: unquestioning brand loyalty, an encyclopedic knowledge of their arcane and constantly changing loyalty program rules, or a briefcase full of cash.

So you said: “Enough! Let the super-elites have their lie-flat seats. I’ll suffer quietly in the back of steerage.”

But that may be the wrong strategy. There are ways to get into a better seat without having to sell your soul to the airline or take out a second mortgage. They include booking certain flights, becoming a savvy bidder for first-class seats, and waiting for the right time to ask.

Find a flight with empty seats

If you have your eye on a better seat, try selecting a less-popular flight. Generally, the more popular the flight, the more scarce and expensive the upgrade. Certain flights, like the first flight of the morning, or the red-eye (overnight flight), tend to be emptier.

“I watch the seat maps and wait until the end to board,” says Shawn Crowley, a college recruiter based in Washington, D.C. If there’s still an open exit row, he asks the flight attendant if he can sit in one of the premium seats without paying extra. “I’ve had it work every time the seat has shown open.”

Of course, the definition of a “better” seat has changed in the last few years. A decade ago, that would have meant a “premium” economy or business-class seat. Now, with all the seat assignment games airlines play, a better seat can mean anything that’s not a middle seat.

Learn how to bid for an airline upgrade

The hours and minutes before your flight leaves are the best time to find an upgrade. That’s because empty first-class seats are worthless to an airline, which means the company will do everything it can to monetize them. Many carriers allow you to bid for a first-class seat online, but you need to know a few things before you jump in and name your price.

How do you know if your seat is eligible for a bid? After you’ve made your economy-class reservation, log in to the airline site to see if you’re eligible. Often, the airline also sends you a notification. It’s a blind auction, so you won’t see what other passengers are bidding for the same seat. You’ll get notified 24 to 72 hours before takeoff.

“The key to success, of course, is knowing how many seats are still available, and, more importantly, how much to bid,” says travel writer David Yeskel, who has successfully bid on dozens of upgrades.

You can check available seats on your airline website or a site like Expertflyer. Yeskel says you should never bid the minimum. Instead, bid somewhere between 30 to 40 percent of the difference between the cost of your original seat and the cost of your desired seat. Rates vary based on the length of the flight.

Air travelers share their upgrade stories with me almost every day. They say that airlines, in their mad dash to monetize every seat, have created a lot of upgrade opportunities beyond bidding.

A polite, direct appeal to a gate agent still can work, although believe me, they’ve probably heard it all already. But bizarrely, in their efforts to cash in, airlines sometimes will upgrade you even if you haven’t asked.

Actually, sometimes they’ll upgrade you – and charge you – without asking. That’s what happened to Robert Ryan, a marketing consultant from Chicago, who was flying from Copenhagen to Chicago recently. SAS decided to upgrade Ryan and his wife, even though they hadn’t bid on an upgrade.

“No airline should be able to force a customer to accept an unrequested upgrade,” says Ryan.

He’s right. I contacted SAS on his behalf and it refunded the $1,609 it charged for his business-class seat.

More tips for getting an upgrade

• Be selfless. That’s what Meera Sundram did on a flight from New York to Phoenix. “I gave my exit row seat to a really tall man who was about to be squished into an economy seat,” says Sundram, a retired health care executive who lives in Amman, Jordan. “The flight attendant saw that and offered me a first-class seat.” Instead, Sundram gave it to the tall guy invading her space. There’s a special place in airline passenger heaven for folks like Sundram.

• Don’t be afraid to let the flight attendants know about any issues. Maybe your seatback TV or overhead light isn’t working properly, or a nearby passenger is rude or excessively loud. “Try politely telling a flight attendant and asking if there are any other seat options,” says Molly Cowen, travel expert at the travel site TravelPirates. “If you’re lucky, you might be moved to a more premium seat.”

• Just move to a better seat. Nathan Segal, a professional speaker from Calgary, Canada, waits until the flight reaches cruising altitude and then moves. “I have been able to move within coach to a window seat this way,” he says. It never hurts to ask (Segal does), but flight attendants can’t police every seat in economy class, so if you see an empty seat within your class of service, you have my permission to claim it.

(Featured image by Aureliy via Shutterstock)