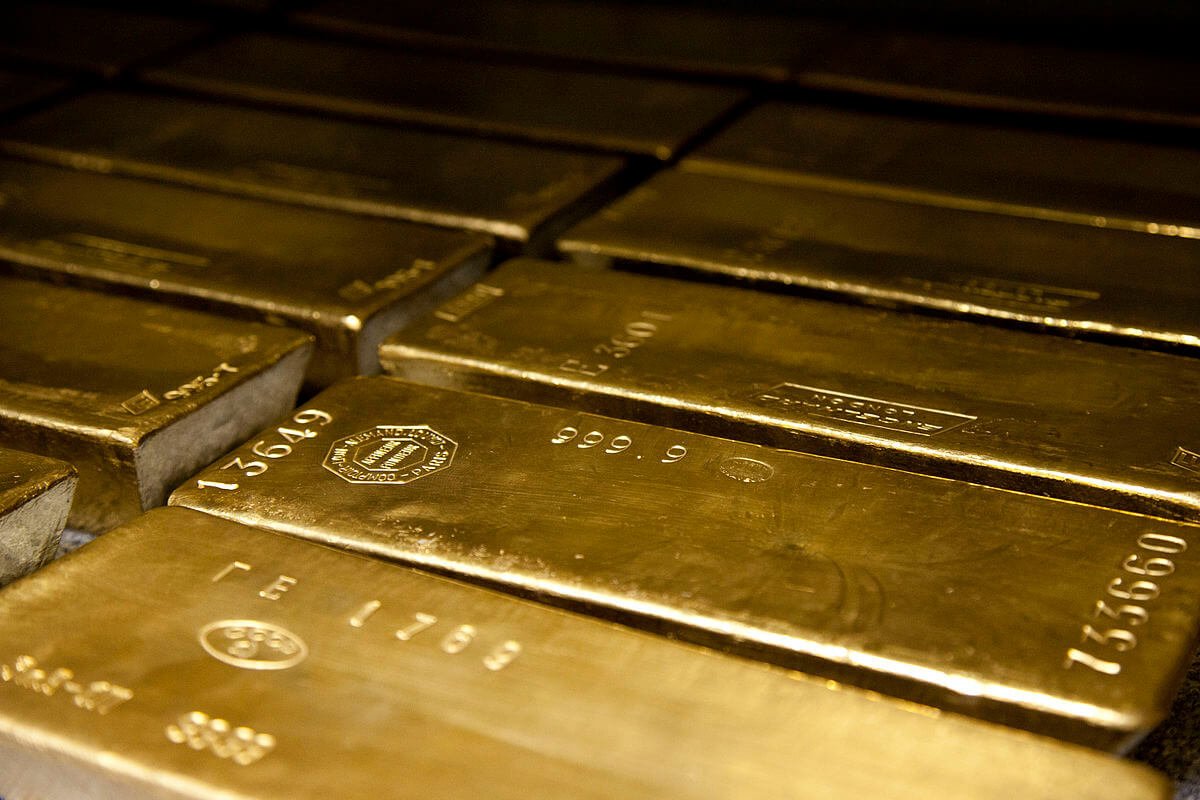 You know by now that I think gold is above all a commodity, and in a bubble that was more extreme than stocks… a bubble that’s been bursting since September 2011, but…

Gold and Bitcoin are two examples of bubbles bursting that are NOT following my bubble model as well as most. Both, thus far, are basing out at higher levels than I expected.

I’ve already warned that gold was due to fall further when it broke a key trend line back in early June… and it fell over $100 since.

But now, it’s getting extremely oversold, as Lee Lowell noted in “The Rich Investor“ last Thursday. Gold is due for a significant bounce again, but likely after one more move down to stronger support around $1,125. That’s why Lee showed two ways to play this bounce in the next several months using options.

So, here are the two most likely scenarios we’ll see in gold ahead. 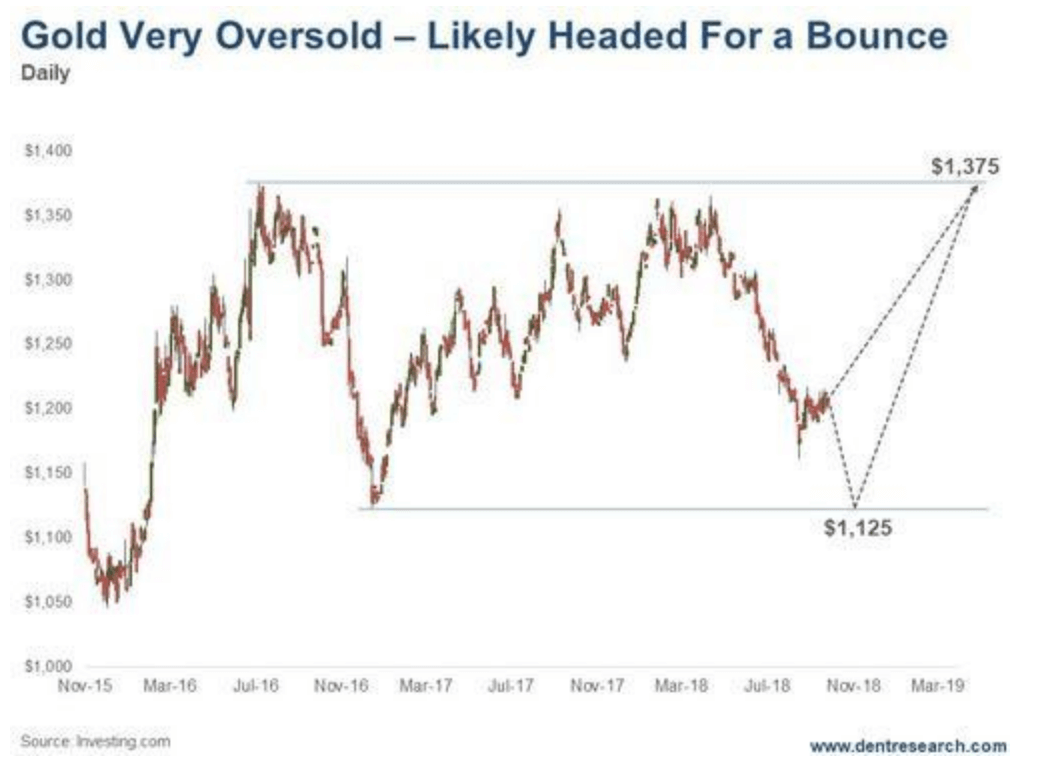 Most likely, gold will head down one more time. That would likely be stimulated by a rise in the dollar again, which has retreated from 107 down to 103 near support while still clearly in a more bullish trend.

Gold’s strongest support would be at the December 2016 low around $1,125. At that point, it would be severely oversold. Then we could see a bounce back to recent highs of $1,375, and possibly a bit higher to $1,400 or so. That would complete its bear market rally back from $1,150 in December 2015. (A while back, I warned we would see this rally, despite being bearish on gold.)

This will give investors interested in gold one more chance to profit by buying near term. Or playing options, as Lee suggests.

It will give long-term holders of the precious metal one more chance to sell or lighten their gold portfolio before the larger bear market trend towards $700 or lower resumes.

If gold does head back to around $1,125, prepare for a multi-month move up.

If it instead heads back above $1,230, then you can ride the gold train on its way up for a few months or so.