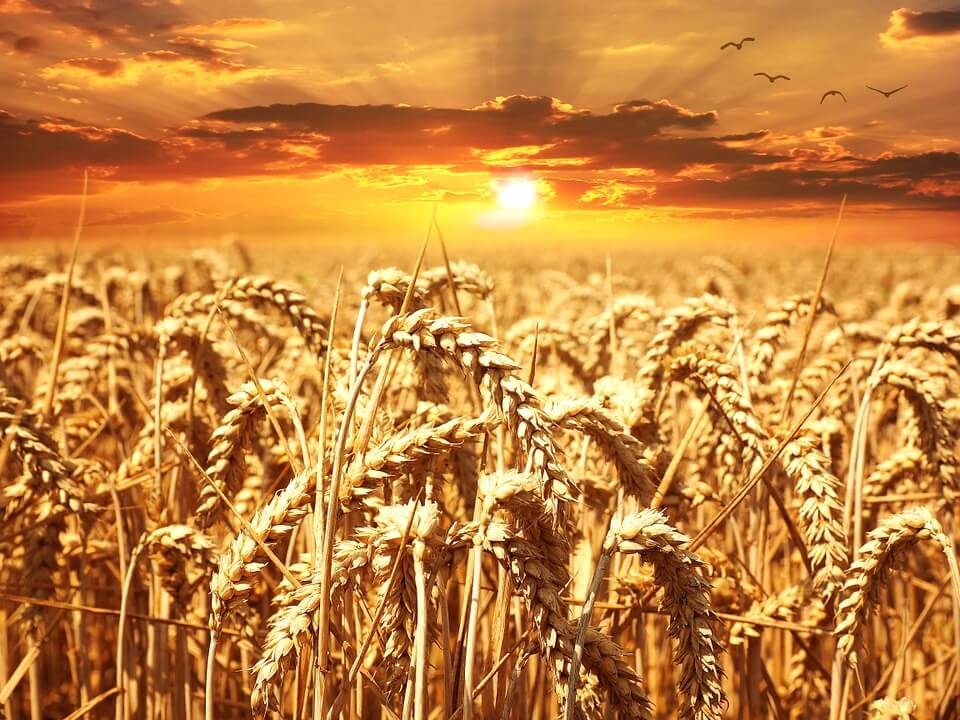 Semi-typical, grains are under pressure in late June as crop conditions are a strong 77% good/excellent in corn and soybeans at 74% g/e compared to 67% and 66%, respectively, this time last year. Adding to the bearish bias is weather across the United States, which is nearly ideal for all growing regions. Some states definitely have had their issues such as Kansas, but in general, the market is likely pricing in a record yield for both corn and soybeans.

So how devastating, price-wise, would a record corn crop amount to? Last year’s surprise record yield pushed corn down to a spot November low of 336’2 while Dec. 18 contract posted a calendar year low in early January before bouncing up to May highs. As December corn collapsed a whopping 50 cents since late May, ideal crop conditions accelerated long liquidation as trade fears with China and Mexico intensified. As managed money ran for the door and shed over 200,000 contracts in corn to be now estimated slightly net short, the question becomes, “How net short do they want to be and why?”

2018’s corn balance in the U.S. and globally has a set of very different numbers. Key corn export competitors such as Brazil and Argentina are experiencing production issues. The USDA has already slashed Brazil production to 85.0 MMT versus last year’s 98.5 MMT; Argentina at 33.0 MMT versus 41.0 MMT last year. More recently, the FSU-12/Ukraine crop ADMIS-International just wrapped up a Black Sea Crop Tour and estimated Russian corn at 11.34 MMT vs USDA’s 15.0 and 13.23 last year while Ukraine was estimated at 25.87 MMT vs USDA’s 30.0 and last year’s 24.12 MMT. All while global demand is forecasted to increase by nearly 20.0 MMT from 17/18 to 18/19. 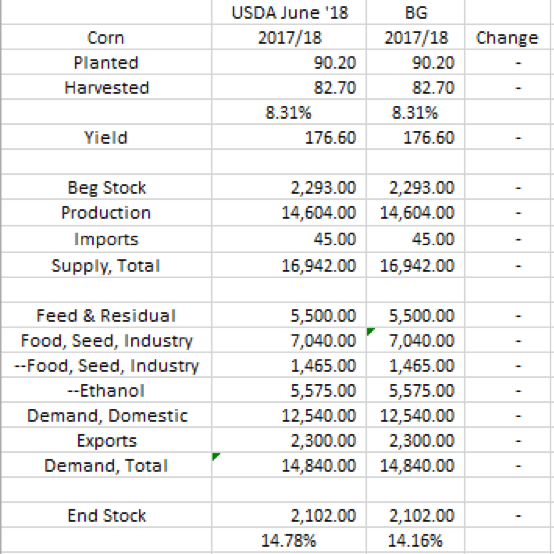 With global demand growing and key competitors struggling for production, the USDA may also be underestimating U.S. demand, more specifically in exports. The 17/18 corn exports, at one time struggling severely, have since caught up to their respective five-year average that encouraged the USDA to raise 17/18 exports to 2.300 billion bushels. However, 18/19 exports were left unchanged in the June WASDE report at 2.100 billion bushels.

While acknowledging excellent crop conditions by increasing the national average yield to 180.0, above the 176.6 record, and increasing acreage to 89.0 million, the US is still forecasted to have fewer inventories than 17/18. Not by much, but less is less, and more importantly is the stocks to usage ratio also falling on a year of less forecasted demand. 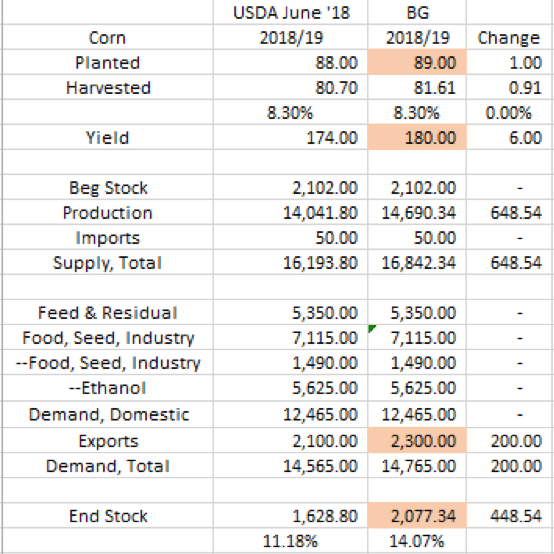 Now, the bears may continue to argue that trade relations will destroy U.S. agricultural demand. In the long term, that may be true, only time will tell, but in the short term, the only way to avoid U.S. agricultural products is to reduce domestic demand by that country. Brazil and Argentina combined have a forecasted ending stock of only 12.0 MMT compared to U.S. exports at 2.300 billion bushels (58.4 MMT).

Fundamentally speaking, the corn bulls have a story to work with. Had the Brazilian and Argentina crops turned out records like last year, we would be looking at a very different situation with ample supplies of grain for them to export. End users, traders and managed money will all be closely monitoring any developments pertaining to weather and may soon find value in grains at these depressed price levels.

Fear from several factors has been the key driver, but the shock value of trade will eventually fade and fear will subside. With a strong fundamental outlook for corn, I remain optimistic about prices. Not only is this an opportunity for end users to secure supplies but also an opportunity for producers to look a low-cost call option strategies to add pennies to bushels already sold. For example, December 400 call that was once trading as high as 44’4 is now down to 15’5.

Crop Progress is out later today after a solid day of export inspection for corn. Also coming fast is next Friday’s Quarterly Grain Stocks and Planted Acreage report.