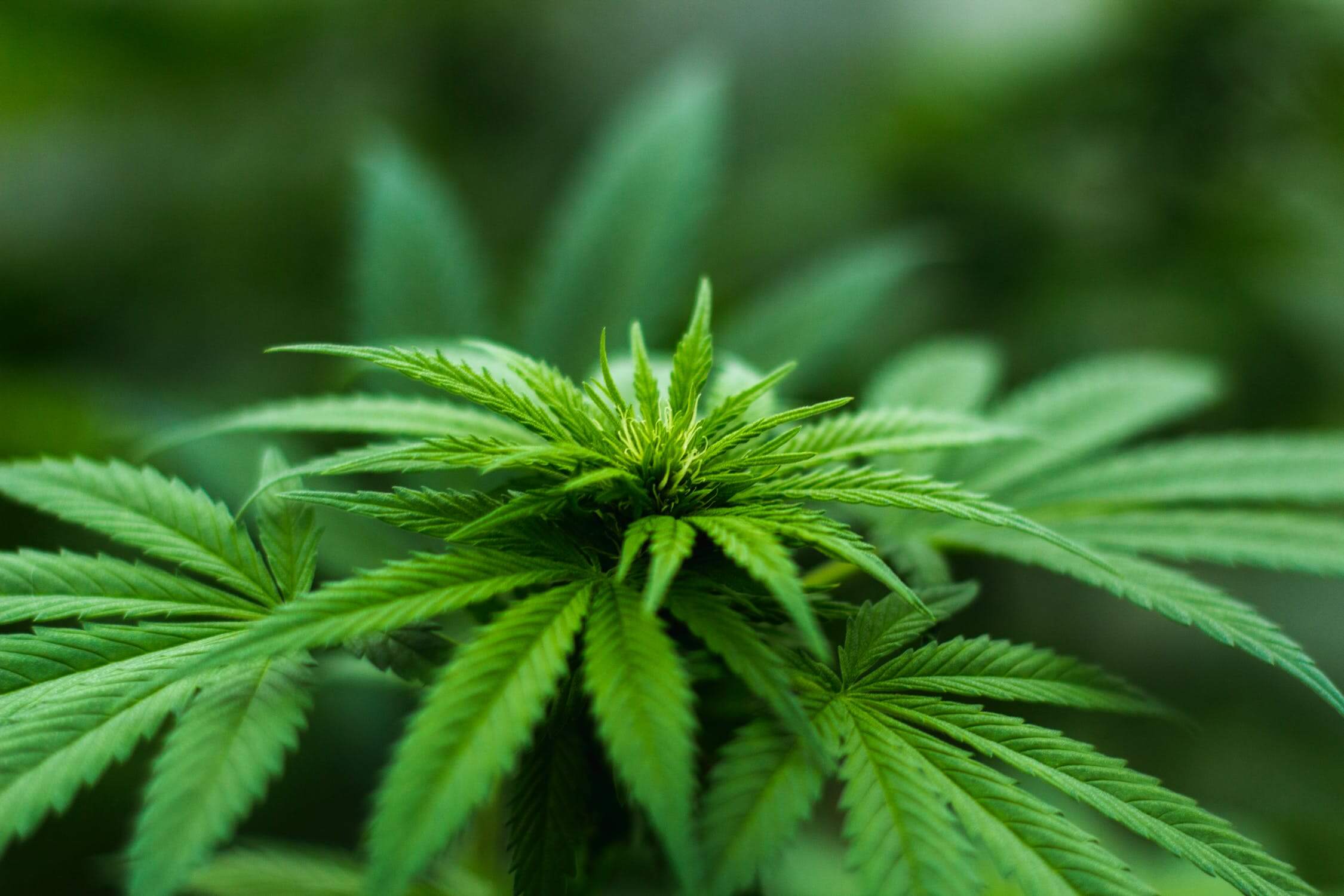 HempAmericana Inc. is poised to be in the top ranks of the cannabidiol (CBD) industry, thanks to its ambitious expansion program in Augusta, Maine. Nevertheless, the emerging market leader is not stopping its growth there.

CBD is one of the 85 compounds present in the cannabis sativa plant. The rise of CBD in the market has been attributed to its several—and ever-increasing—medical benefits.

Citing a forecast of The Hemp Business Journal, a Forbes article reported that the CBD industry’s sales will climb to $2.1 billion in 2020, taking a 700 percent leap from 2016’s numbers. Meanwhile, the escalating CBD sales complement the hike of the global demand for hemp. Of the $2.1 billion projected consumer sales of CBD two years from now, about $450 million will come from hemp.

Mostly used for industrial purposes, the cannabis sativa plant is superior among other kinds because of its rich CBD content. As such, hemp is the most sought-after raw material to source CBD. The Forbes report also noted that sales of hemp-derived CBD products stood at $90 million in 2015 alone, further solidifying the demand of consumers for the crop and the substance.

With eyes on CBD, the market has seen an influx of new players that are aiming to get to the top. However, among the fledgling businesses, a company named HempAmericana, Inc. (OTCMKTS:HMPQ) is standing out lately as it has been grabbing the attention of investors.

The growing interest in HempAmericana

As HempAmericana gets more aggressive in its widely known expansion campaign, the firm is basking in the spotlight of the investing public.

Last year, the company was on the cover of renowned cannabis business publication CannaInvestor Magazine. The company was the highlight of the magazine’s Sept. 8, 2017 edition, which featured the firm in a 24-page profile. HempAmericana CEO Salvador Rosillo was also interviewed in the CannaInvestor Webcast, where he shared the progressive steps the company has been taking.

Recently, Uptick Newswire had a chat with Rosillo to talk about the company’s successful pivot into the CBD oil extraction and production industry.

HempAmericana is well-known for its hemp hearts, hemp fiber, Rolling Thunders hemp papers, and pure hemp CBD oil. The company’s hemp fiber, which is available in powder form, is all-natural and gluten-free, making it a highly preferred source of nutrition and fiber.

Meanwhile, HempAmericana’s Hemp Hearts are shelled hemp seeds, which help in treating several diseases. It is also an ideal supplement for regulating blood sugar, losing weight, and keeping the blood pressure stable. All this, while serving as a source of energy.

As for its rolling papers, the Rolling Thunder is 100% organic and healthy. Because of its incredibly smooth property, the rolling paper burns slower, giving people more time to enjoy their smoke.

Finally, there is HempAmericana’s organic Hemp CBD Oil. It helps keep the appetite and muscle spasms at bay, cuts down blood sugar to a manageable level, alleviate pain and anxiety, and ease epileptic episodes. The oil is safe for adults as well as kids and can be easily incorporated into their food and drinks.

Because of the convenience of using CBD oils, consumers can get a dose anywhere and anytime they want. In fact, the product is rapidly becoming a hot commodity in the global market.

To address this growing demand for CBD oils, HempAmericana puts premium in the quality checks it conducts when producing its final CBD oil products. This way, the company can assure that its oils are of the purest and most potent while being free of any contaminant, as it claims in its product labels.

When it comes to its CBD oil production business, HempAmericana is also taking it up a notch. The company has been amplifying the output capacity of its operations in the United States while working to penetrate the markets abroad.

HempAmericana revealed last week that it had started “to actively explore” potential distribution partnerships in the international arena.

The strategic move is an early response to the fact that outbound shipments of the commodity have recently been on an upward trend, with Canadian industrial hemp exports receiving a 300 percent increase last year. The growing European, Australian, and South American demand bolstered this increase. 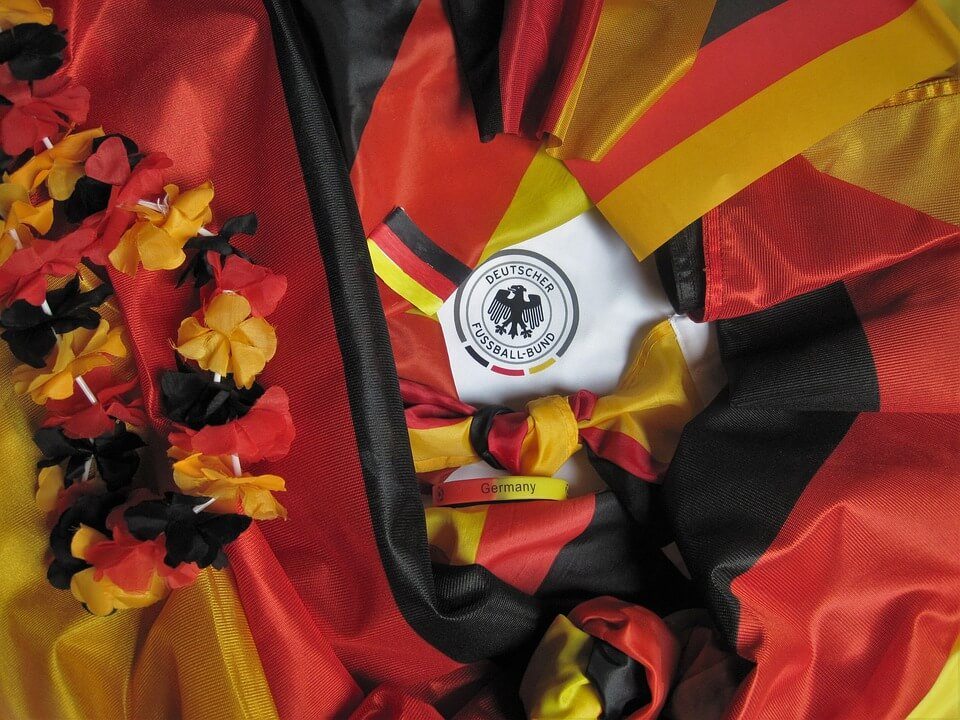 HempAmericana is bringing its products to Germany due to increasing demands. (Source)

As such, the company is seeking to offer premium quality hemp products that are not available in several countries outside of North America such as Germany, which is struggling to keep supply afloat with its domestic demand. In at least the next decade, Germany, touted as the European Union’s largest economy, is expected to depend on imports to fill the local gap for hemp.

“Domestic demand growth is booming, but so is the export potential,” Rosillo said, noting that HempAmericana is assertive of becoming “a major player” when it comes to offering quality hemp products in both the domestic and the international fronts.

“This is one of the reasons we have moved so rapidly to ramp up high-capacity production activities early this year.”

The move to widen its network beyond its hometown intersects with HempAmericana’s approaching massive expansion program.

At present, HempAmericana is in the final touches of its newly expanded high-capacity processing and extraction facility in Augusta, Maine. The upgraded plant is expected to run in the latter part of the second quarter as most of the primary capital machines have already arrived.

But the company’s well-funded expansion program has not been easy for the firm to meet its opening target in a matter of months.

As it eyes to be an industry leader in providing the most potent and high-quality CBD oil, HempAmericana plans to engage in the cross-pollination farming of hemp, to develop plants exponentially rich in CBD. The company has already filed permits to be a licensed grower of the commodity in Maine. It is also close to securing a property where the genetically superior CBD-rich hemp stock is fit to thrive.

Working close with large-scale farmers, HempAmericana has already bought a specialized seed inventory. The total seeds purchased is estimated to yield around 10,000 hemp plants which will be cultivated in its high-potency seed development farm where the cross-pollination operations will take place.

On the processing side, the firm installed on its Augusta site a Vitalis R-200 supercritical CO2 CBD Oil Extraction machine tagged “the biggest extraction machine they ever made.” The machine is manufactured by Canada-based Vitalis which is a leader in the manufacture of extraction systems in several sectors such as the oil and gas industry. The machine now allows the company to have a total of 210 liters of extracting capacity at its site.

The Vitalis R-200 runs in coordination with a Gilson CPC 1000 centrifugal partition chromatography separator system and a PLC 2500 HPLC+UV Detector. The end result of these interconnected next-generation systems is a huge volume of CBD oil concentrate that is 99 percent pure.

Each acquisition made by the firm creates a vertical integration that allows the extraction of CBD, its processing and value-adding operations to focus in a single hub and thus, cut down on logistics cost, among other operational expenses.

Surprisingly, the firm remains in a stable financial position notwithstanding the financing on the development of the processing facility; the next-generation systems; and the high-potency cultivation facility.

That the firm did not obtain a residual increase in debt neither a dilution risk puts the firm in a well-funded position to expand more.

In fact, once the facility goes online, HempAmericana expects to begin initial planning for several other regional CBD oil extraction and processing facilities.

“Tremendous growth is underway and we are now finally in a position to position ourselves as market leaders in purity, potency, and yield,” Rosillo was quoted.

The CEO may be hinting on the company’s plan to establish a bigger extraction facility in Kentucky, as in a recent interview. The firm also divulged at least two more acquisitions in the works to generate more revenues in the following months. Those acquisitions are expected to be completed by the third quarter this year.

With these further expansion plans, the firm is poised to become one of the most successful CBD oil producers in the country—not only in volume capacity but in bringing the most potent and highest quality of CBD oil in both the local and the global markets.

The success HempAmericana has been achieving and is striving to attain makes it a very promising and must-watch company in the sector. The sustainable firm is positioned to shake up not only the CBD market but the cannabis industry as a whole.