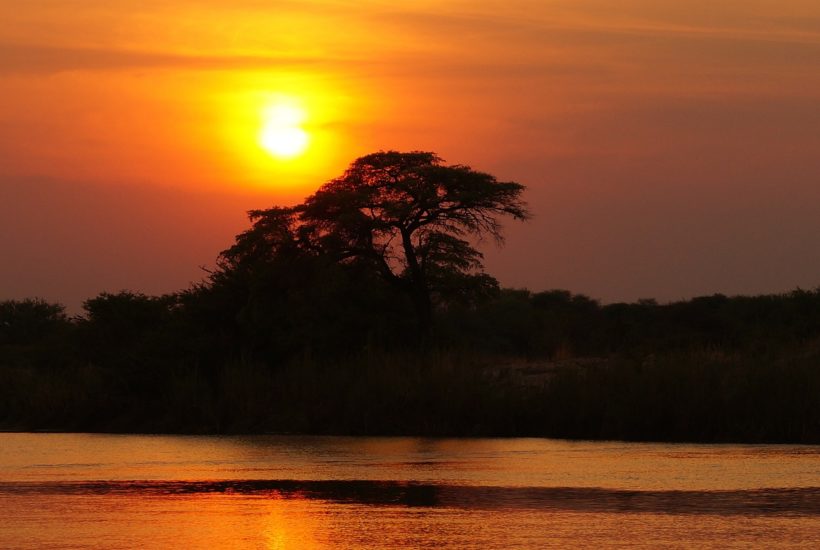 On Sunday, Africa passed the symbolic mark of 5,000 deaths. According to the Africa (CDC, the African Centre for Disease Control)  the continent has had 184,333 cases of Covid-19, and 5,071 deaths due to the disease. South Africa, Egypt and Nigeria are still the two countries most affected by the pandemic.

Hissène Habré returns to prison this Sunday, June 7. The information was made public this Saturday by Senegalese Minister of Justice Malick Sall. On 6 April, the former Chadian dictator was granted a 60-day release permit in the context of Covid-19. According to the prison administration contacted by RFI, Hissène Habré must now return to his cell at the Cap Manuel prison in Dakar, where he has been held since his life sentence in May 2016.

Senegal registered 79 new cases of Covid-19 this Sunday, 76 patients were declared cured. Since the beginning of the epidemic, 4,328 people have been affected by the disease, 2,588 of them have been cured and 49 have died.

200 Mauritanians have been repatriated

Two hundred Mauritanian nationals who had been stranded abroad since the closure of the borders on 25 March due to Covid-19 were returned to their country on Friday evening by plane. Sick people, students and civil servants who were on mission, are among the group who arrived from Spain and Morocco, waiting for other flights from Maghreb as part of a repatriation plan implemented by the government. The returnees tested negative for Covid-19 before flying to Nouakchott.

The Central African Republic is trying to reassure its citizens

CAR has entered a new phase of the epidemic. At least 50 new cases are being detected every day and whole neighbourhoods are now affected. Until now  the country seemed to be relatively unscathed with only four deaths due to Covid-19. Among those who tested positive were the mayor of Bangui (now cured), ministers and government personnel. The death of the minister and political adviser to President Georges Isidor Dibert has moved the political class. Such cases in these major institutions raises the question of the continuity of services in this fragile country.

Production of hydroxychloroquine in the DRC

In the Democratic Republic of Congo, Pharmakina is already starting to produce hydroxychloroquine to treat coronavirus despite the controversies that have arisen. In addition to this drug, the company also produces injectable quinine to treat malaria. The governor of South Kivu officially inaugurated the production line of these two products on Friday in Bukavu, where the plant is located, in the province of South Kivu.

According to the pharmacist in charge of Pharmakina, Dr. Martial Kanyonyo, “Hydroxychloroquine is a synthetic molecule that Pharmakina has imported, under extremely constraining conditions in an atypical global economy characterized by confinement. Despite all these constraints, Pharmakina has done everything possible to ensure that today we have the first doses of hydroxychloroquine in Bukavu, not only to ensure a continuous supply, but also to ensure that clinicians have an assured product. »

However, the country of import was not revealed. Dr. Martial Kanyonyo believes in the effectiveness of this drug which will be available in pharmaceutical depots from this Monday: “The countries that have used hydroxychoroquine report very good results in the outcome of Covid-19 and come out with low mortality rates. This product is presented in boxes of 20 tablets or one cure, or a box of 100 tablets or five cures and has been developed as a reference to plaquenin. In fact, since the world has been confronted with the horrors of the Covid pandemic, all the governments of the world have endeavoured to find appropriate treatments for it and in the DRC the national response commission has adopted the use of hydroxychoroquine in 200 mg tablets. »

Last March, President Félix Tshisekedi considered that it was urgent to produce chloroquine in industrial quantities in the face of the coronavirus. The agro-industrial company Pharmakina specializing in the manufacture of quinine boasts 60 years of experience. It has 3800 hectares of quinquinas in North and South Kivu and hundreds of hectares in neighbouring Rwanda. Currently, the province of South Kivu has 70 confirmed cases of coronavirus. 157 new samples have been sent to the INRB laboratory in Kinshasa for testing. Governor Théo Ngwabidje believes that this product will go some way to limiting the damage caused by Covid-19.

Since the beginning of the COVID-19 lockdowns, the Association of African Airlines (AFRAA) has twice made projections on the loss of revenue that this health crisis will cause in the sector. The latest estimate, made on 14 May, suggests a loss of $8.1 billion this year, compared to $4.4 billion estimated two months earlier.

“With the hypothesis that, during the third quarter of 2020, the airlines will be able to resume 40% of their activity and during the last quarter of 2020, 70% of their activity. Once again, this will depend on the decisions that will be taken by the different States regarding the opening of borders. Therefore, we will redo an estimate on 15 June 2020”, said Abderamane Berthé, Secretary General of the Association of African Airlines.

SEE ALSO  Neo-banks are changing how we save and spend

Parks to reopen in South Africa

South Africa, still the country most affected by the epidemic, with more than 43,000 cases and 900 deaths, is, on the other hand, living at the pace of deconfinement. The authorities announced that the national parks will reopen on Monday. The tourism sector, especially that of safaris, is important for the South African economy, which has been hard hit by the crisis. These parks welcome more than 6 million tourists every year.

The blues of Moroccan and Tunisian craftsmen

Without income for almost three months because of the Covid-19 pandemic, local craftsmen in North Africa are struggling. The Minister of Tourism and Handicrafts Nadia Fettah has recently discussed ways to help the sector, such as the creation of exhibition spaces in supermarkets, for this sector which employs more than 2 million people – 20% of the working population – including about 230,000 traditional craftsmen. Crafts represents about 7% of GDP, with an export turnover of nearly 1 billion dirhams last year (91 million euros).

Despite their economic weight, artisans work in precarious conditions, without social security coverage, with a distribution network limited to occasional sales and word of mouth, like all small trades in the Maghreb.

In Tunisia, where the crisis of the new coronavirus has plunged small craftsmen in the same distress, the National Crafts Office (ONAT) is working on an electronic platform to open up opportunities in Europe at the end of the year and intends to multiply small exhibitions in hotels.

(Featured image by Ralph_Rybak via Pixabay)

First published in RFI Afrique, a third-party contributor translated and adapted the article from the original. In case of discrepancy, the original will prevail.