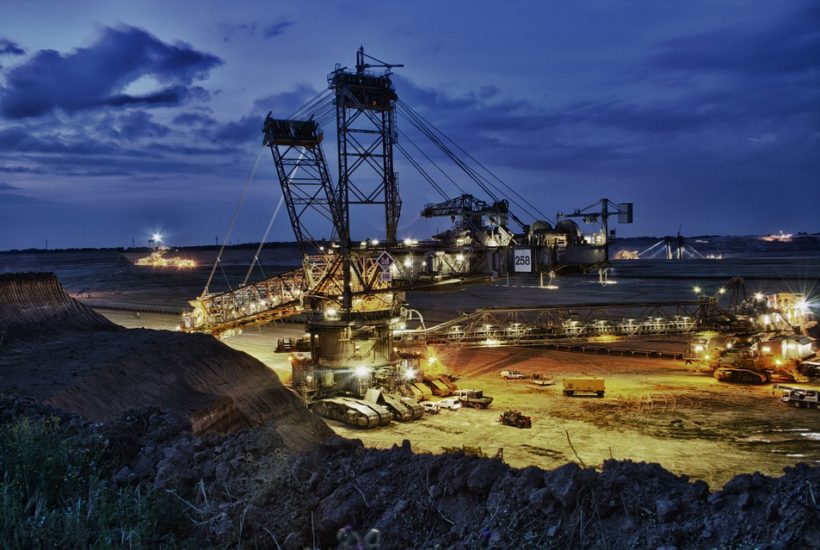 Humanity has been using various techniques to extract minerals from below the surface of our fair planet since the beginnings of civilization, but we’ve come a long way from our days of panning for gold and digging holes with pickaxes. How is technology changing the American mining industry and how can we expect it to continue to change in the coming years?

Automation is making its way into nearly every industry in the world, from manufacturing to automotive and now to mining. Everything from driverless trucks to mines that are entirely run by cell phone networks is beginning to appear across the country and across the globe, increasing operational efficiency and improving worker safety by removing the human element from the equation.

Barrick Gold Corporation is one example of this type of mining automation in the United States. Barrick partnered with Cisco Systems to incorporate wifi sensors into all of their mines, with the end goal of lowering the cost of gold production to $700 an ounce.

These advances aren’t without their negatives, though. Many communities rely on mining jobs to support their local economies, and if automation replaces human workers with automatons, these communities could collapse. Automation will have to be balanced with the human element to ensure that those workers that have dedicated their lives to this industry won’t be left out in the cold, both literally and figuratively.

Drones were once thought to be the sole purview of hobbyists, but that is quickly changing as industries begin to adopt this technology for their own uses. Fitting these flying devices with military-grade cameras, companies like BHP Billiton are using this burgeoning technology for maintenance, site monitoring, and 3D mapping. They can create 3D maps of a mine site for a fraction of the cost of using planes to do the same. Drones can ensure that a blasting site is clear before an explosion takes place.

SEE ALSO  Japan's blockchain sector grew by 30.7% over the year

The United States mining industry has been employing fewer and fewer people, losing roughly 60 percent of its jobs between 1980 and 2015. This trend is expected to continue as technology takes over more roles on the jobsite. Drones, for example, may take the place of traditional surveyors — or it may change the requirements of their job.

Gone are the days of guessing where a vein of iron or gold might run, or relying on miner’s intuition to pick the next direction, days removed from daylight. 3D modeling, when paired with tools like ground penetrating radar, are taking the guesswork out of mine modeling. Take the data that was collected by the drones we mentioned earlier, plug it into a computer, and you’ll be able to monitor the ever-changing state of your mine or quarry without leaving the office or putting yourself or your team in danger.

3D modeling can also be used to determine what areas might be at risk for a rock burst, or a violent dislodging of rock mass from the walls of a mine. They’re often sudden, but you may be able to predict them or determine which areas need to be shored up to prevent their occurrence. Rock bursts aren’t limited to the early 20th-century mining techniques. They’re a modern problem and need to be addressed with modern solutions.

The Internet of Things, or IoT, is showing up in homes and businesses around the globe, from smartphones with virtual assistants to smart appliances that tell you when your oven is preheated or your food is going bad. IoT relies on interconnected sensors and mobile networks that are capable of sending and receiving information. In a mining setting, this connectivity can automate maintenance and machines, help to standardize processes, improve visibility, and ensure the safety of both equipment and people.

SEE ALSO  How to upgrade your pharmaceutical supply chain

Some companies have already started using IoT in their mine operations, streaming data as far as 1,500km away to operational facilities. IoT is still relatively new in the mining industry, but we will continue to see more of this technology in the coming years.

Virtual and augmented reality are relatively new technologies and are primarily used for gaming, but that hasn’t stopped them from making an appearance in nearly every industry. In the mining industry, VR and AR can be used for everything from training new employees to taking tours of the jobsite remotely.

Virtual reality lets employees practice their skills in a safe and controlled environment, while augmented reality—using tools like Google Glass or Microsoft Hololens—can change the way monitoring and maintenance occur. A supervisor or manager can use augmented reality and a drone to tour the entire site without ever leaving the comfort of their office.

The future of the mining industry

The mining industry is in the midst of enormous changes, and it will keep moving forward as technology continues to evolve. Automation is the biggest trend, and companies will need to be careful to ensure that their move toward automation doesn’t damage the economies that rely on these mines to survive.