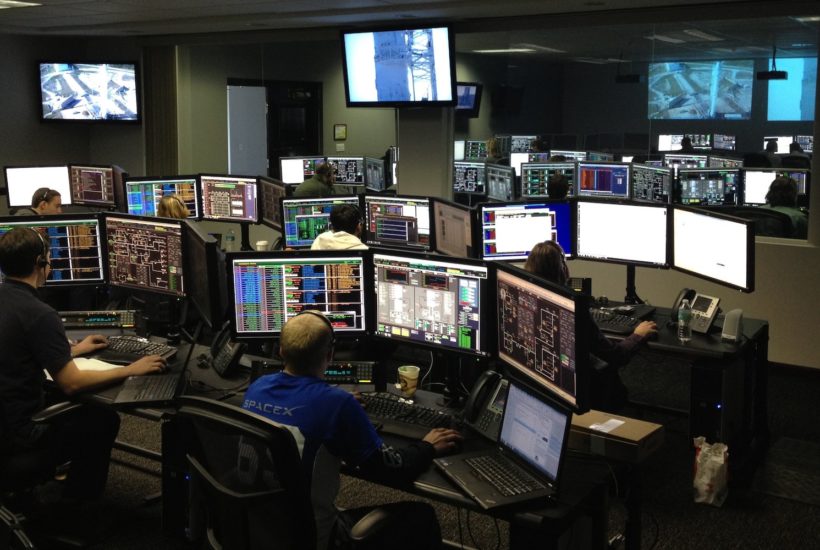 Thanks to a large number of products and services, the company has been able to meet almost all customer needs, including messaging, entertainment and online commerce. In this way, Tencent was able to create the largest online community in China.

Born2Invest prides itself on bringing you the latest breaking business news around the globe and finding stories that other publications overlook. Get access to the latest economic headlines on the go from China and the rest of the world with the born2invest companion app.

Tencent was founded in 1998 by five entrepreneurs and Ma Huateng (also known as Pony Ma) as the group leader. In the mid-90s, Ma Huateng visited the United States and was impressed by the high-speed Internet and the ICQ instant messaging software. The Chinese businessman decided to implement similar business projects in China.

At the beginning of 1999, Tencent introduced its first product called OICQ. This instant messaging service became very popular in China, but the company could not monetize it. In addition, the parent company AOL insisted that Tencent change the name of OICQ, as it resembled the name of the American messenger ICQ.

Soon OICQ service was renamed QQ. According to the data, in 2001 QQ had about 50 million users. In addition, Ma Huateng developed a new business model, which implemented premium accounts and other additional features. It should be noted that the main functions of the messenger remained free of charge, but there were additional paid services. Therefore, the company launched its own virtual currency QQ Coins, which quickly became popular among Chinese users.

Little did the company know that the QQ Coin would develop into one of the most significant fintech advances in the world today.

Tenpay is a payment system created by Tencent. Initially, the system was launched to meet online payments of QQ messenger users, who already had about 1.1 billion customers. Soon Tenpay became the largest payment platform in China. Tenpay works with airlines, logistics/insurance companies, B2C companies, and other firms. Tencent mainly uses Tenpay, WeChat Pay and QQ Wallet payment products to carry out  most of its financial transactions.

WeChat Pay appeared in 2003 and was a built-in digital wallet that was used to make online payments and money transfers to other users. The main traders of Tencent are JD, Didi Chuxing, Meituan Dianping, Watsons, 7-Eleven, eLong, and more than 800,000 offline sellers.

At the end of 2018, a strategic partnership was established between Tencent and Hang Seng Bank, one of Hong Kong’s largest banks. The main challenge for fintech was its practical use.

Tencent and Hang Seng Bank are still discussing various problems and technical issues of fintech applications, as well as the intricacies of opening new accounts. In addition, companies are considering the possibility of introducing retail payment services. Hang Seng Bank has a large service network in Hong Kong, and Tencent has the latest technology to solve various technical problems.

In early 2019, Tencent signed a memorandum of understanding with the Hong Kong Science and Technology Park Corporation (HKSTP). The key point of the memorandum was to accelerate the deployment of financial technologies in Hong Kong. In this way, Tencent will use its technology and expertise to solve problems with payment systems, digital wallets, artificial intelligence and IoT. Hong Kong Science and Technology Park will play the role of a business incubator for new Tencent projects.

As Tencent continues to expand its global presence it is likely that Western companies will find themselves working in competition with the Chinese tech giant, which already owns stakes in many western media and gaming companies.

First published in PA7SPACE, a third-party contributor translated and adapted the article from the original. In case of discrepancy, the original will prevail.