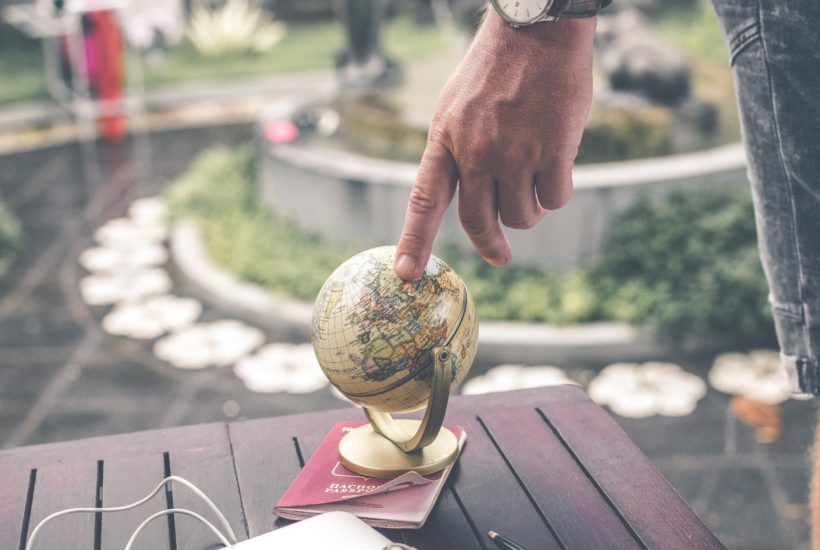 Globalization is something we participate in daily. We basically live our lives globally but participate in global economics without even noticing. Being global means sharing something from two radically different cultures on the same corner of the Earth.

Countries of different backgrounds and different cultures still have some things in common. And while being from Dublin, and traveling to Singapore, you can still find some similar places and smells that will remind you of home.

The process of globalization started a few decades back. People started to travel from one continent to another in order to find a place to live or to find a job that they lacked in their own country.

People did work in several jobs in order to save enough capital for further investment in houses or businesses in order to unite with families or simply have a better life. Trading and investment have always been a major point in the globalization process. This is actually why the process began at all.

In the modern world, we are all about buying and selling the best investment. It can have different phases and faces. Investment can be of financial, real estate or anything else. The main idea is to gain profit out of it.

In recent years, many countries came out of the dark and this is due to several factors. The main factors thought were the increase of democracy and the accessibility of various industries due to cheap prices. One such country is Georgia.

Georgia is a small country neighboring Turkey, Russia, Azerbaijan, and Armenia. It might be known as a former Soviet Union state, but it’s been an independent nation for 27 years now. It is not a long period for a country to mark itself on the map, though as Kapitali.ge has published it is among one of the best countries to make your investment.

As mentioned previously, there are several ways. Usually, investments such as franchises of famous companies, or the chain of hotels are the best way to benefit both the investor and the country.

When talking about franchises, most likely you will think of Starbucks and McDonalds, which has been in Georgia since 1979. This is one of the best investments made in the country so far. While the fast-food restaurant has thousands of visitors daily, which positively affects the economy of the country, the brand itself has a great benefit from the real estate it owns in the country.

The other as already mentioned valid investments are the hotels and the chains. One of the oldest franchises brought to Georgia is the Marriott Hotel Tbilisi. The building where the hotel is located is one of the most luxurious buildings via location and history. It has a great story behind it and stands as a heritage for Georgian people. Almost every notable visitor to the country tends to choose Marriott as their hotel.

As the globalization process continues to evolve the rhythm is getting faster and faster. It is necessary to keep up with it, the very good opportunity for investors seeking the right investment to make are the startups originated from Georgia.

As it is a small country, and still is trying to stand strong on its own feet, there are some who simply have not the same opportunities as their peers from the US. Meaning that there is a lot of potentials and a great will to make it global.

Several startups that originated from Georgia have gone viral with the proper funds and people standing behind them. Startups such as Wifisher, which has been used in many international airports, is a local product that is beneficial for both parties now.

The Fancy Words Stand As Facts

Georgia takes 6th place among other 190 countries amongst The World Bank’s list of ranking countries on the ease of doing business. In 2005, it stood as number 112, which serves as a testament to how far the country has come and definitely determines the success and improvement of economic and business-wise. Moreover, Transparency Internationals’ latest Global Corruption Barometer from 2013, has put the country at just 5%.

As being in the top list of ease of doing business, the country’s main economic source is from the agriculture and tourism sector. As the franchises very positive effect on the tourism sector there are several other opportunities for a successful business making model.

Winemaking is one of the priorities on the list. The country is famous for the tradition of winemaking and the variety of grape species. Many famous sommeliers and winemakers, visit the country in order to try different types of wine. There’s a large variety of tastes ranging from sweet to sour. Investment in this sphere works well for both the agricultural and tourism sectors. The extreme investment growth rate showed between the years 2013 to 2016, the increase rate by 72%.

Although there are more and more countries popping up in the Far East that deserve an investor’s undivided attention, those in Eastern Europe that are starting to get a grip on democracy should start gaining even more notoriety in the future.