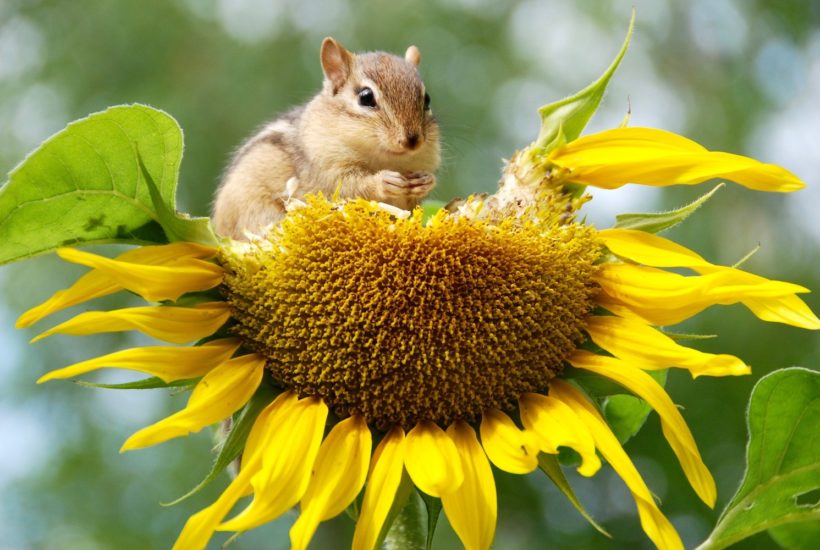 Biodiversity embodies the knowledge acquired by species over millions of years in the course of evolution. It reflects the ability of plants and animals to survive under the highly diverse environmental conditions that have existed on Earth. It includes life in all its forms – from individual genes to complete ecosystems.

The interaction of these different elements has ensured that the earth has been habitable for millions of years. However, biodiversity is currently declining faster than at any other time in human history: species extinction is currently occurring at a rate ten to several hundred times faster than the average of the last 10 million years, as Masja Zandbergen-Albers, Head of sustainability integration at Robeco, pointed out in a report on September 24th,  2020.

Read more about the loss of biodiversity and why this is important for businesses around the world and find the most important economic news with the Born2Invest mobile app.

Scientists warned that we are in the middle of the “sixth mass extinction of species.” The Stockholm Resilience Center (SRC) researches threats to what it calls “planetary exposure limits.” The Swedish research institution defines these limits based on nine processes through which humans can “regulate the stability and resilience of the Earth system.” Within these limits, the planet can continue to thrive and meet the needs of humanity.

Their research showed the state of the Earth according to the SRC research results. It also showed that the integrity of biospheres, as measured by the extinction rate (extinct species per million species and per year), is highly endangered and has already exceeded the exposure limit. Since the limits have also been exceeded in biogeochemical cycles (nitrogen and phosphorus), it is not known how ecosystems will react.

According to the research conducted by the University of Stockholm, the two problems cause even greater uncertainty than climate change. However, tackling climate change remains very important because it ranks high on the list of factors directly leading to biodiversity loss and is increasingly exacerbating the negative effects that other factors, such as land use changes, have on nature.

What role does the financial industry play?

According to research by De Nederlandsche Bank (DNB) and PBL Netherlands Environmental Assessment Agency, “Dutch financial institutions have provided loans of $94.4 billion (€81 billion) to high nitrogen oxide emitting sectors and a further $32.6 billion (€28 billion) to companies operating in protected areas or those with high conservation value and potentially exposed to the risk of ‘stranded assets’.”

This is an example of the intertwining of Dutch and other financial institutions with industries with high nitrogen oxide emissions and those that pose a threat to biodiversity. On the one hand, that confirmed the negative role of these institutions in reaching planetary exposure limits. On the other hand, it illustrates the risks to which they are exposed if legislation or consumer attitudes to this issue change.

Furthermore, the loss of biodiversity is a systemic risk that investors should be aware of. As the world stands on the threshold of the sixth mass extinction of species, companies and regulators have a very important role to play in terms of a paradigm shift in who will pay for the externalities caused by “business as usual”.

Pioneers in ESG are working together on this issue

Many investors are currently focusing on climate change and the development of metrics for measuring, managing, and monitoring climate change-related risks and opportunities in their portfolios. With growing evidence of the huge impact that biodiversity loss will have globally, greater efforts should be made to measure how investment portfolios impact biodiversity.

In the Netherlands, several investors under the leadership of ASN Bank are working together in the Partnership for Biodiversity Accounting Financials (PBAF) to develop appropriate indicators. Their aim is to develop a framework for financial institutions to assess the biodiversity impact of their portfolios for different asset classes and to address this issue.

In addition, in the first months of this year, Robeco has taken up the issue of biodiversity conservation as a commitment theme. Land-use changes are among the factors that contribute significantly to biodiversity loss and are often linked to the production of agricultural commodities. Therefore, in an active engagement, the company will focus on the impact on biodiversity of deforestation associated with five high-risk agricultural commodities, namely cocoa, natural rubber, soybeans, beef and tropical timber/pulp.

Call to action: Join the promise of biodiversity!

As one of the signatories, Robeco calls on other investors to join. In this way, they can ensure that they are not part of a problem that is already testing the earth’s capacity to cope.

By signing the pledge, financial institutions commit to cooperate, share knowledge, influence companies, assess impacts, set targets and report publicly on progress. This includes a multi-year plan that requires commitments and resources from as many investors as possible.

(Featured image by evita-ochel via Pixabay)

First published in SOLARIFY, a third-party contributor translated and adapted the article from the original. In case of discrepancy, the original will prevail.