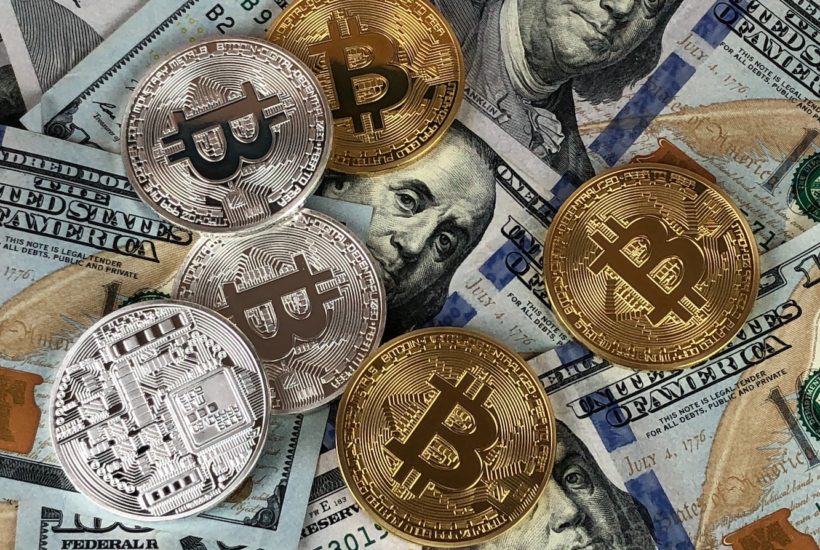 Bitcoin was launched in 2008 by Satoshi Nakamoto to function as a peer-to-peer electronic cash system. Bitcoin was intended to be an alternative form of money. For this purpose, BTC must function both as a means of payment (medium of exchange) and as a store of value.

The latter is given by the programmed limit of 21 million coins and the halvings that take place every 4 years.

However, a common criticism of Bitcoin is that it does not fulfill the function as a means of payment because the blockchain limits scalability. The second layer solution Lightning is designed to solve this problem.

Born2Invest is a mobile application for crypto enthusiasts and finance news. Our mobile application is a platform for the next generation of investors. We explore how cryptocurrencies and digital assets are contributing to the evolution of the global financial system. Its mandate is to inform, educate, and connect the global investment community through news, data, events, and education.

Bitcoin News comes from the crypto startup “Lightning Labs”, which specializes in the development of products around the second layer solution for the BTC network. According to a blog post by CEO Elizabeth Stark on Medium, the company has now raised $10 million from investors in a Series A investment round.

The money will be used to develop Lightning payment technologies and expand the developer ecosystem. Stark wrote about this in her post: “Lightning Labs doesn’t see this as an achievement in itself, but as a means to achieve our goal of providing millions of people with instant Bitcoin transactions.”

Lightning Labs: the visa in the BTC network

The $10 million investment came from a number of investors, including Craft Ventures, Slow Ventures, David Heller (formerly Goldman Sachs), Avichal Garg of Electric Capital and Ribbit Capital. In 2018, Lightning Labs had already provided Bitcoin News when the San Francisco-based startup was able to collect $2.5 million in a seed round. Among the investors at that time were Twitter CEO and BTC fan Jack Dorsey.

Brian Murray, Managing Director, and Board Member commented on his company’s Bitcoin News with a comparison to financial giant Visa: “If Bitcoin is to reach its potential as a viable global currency, it must scale beyond the base layer. Just as Visa relieves banks from handling all fiat currency transactions, Lightning relieves Bitcoin Blockchain from handling all transactions, bringing more speed and fee efficiency to the network.”

In the same media article, Elizabeth Stark also announced the release of the beta version of Lightning Loop, the company’s first paid product. Lightning Loop is designed to help start-ups, node operators and users send and receive BTCs more efficiently, allowing users to transfer funds between the Bitcoin Blockchain and the Lightning network. This is only the beginning: “Loop opened a world of lightning-native financial products.”

Boost for bitcoin through Lightning

This kind of Bitcoin News provides any BTC investor with hope. After all, the further development of the Lightning network, suitable products, and the associated ecosystem could be the solution Bitcoin needs to remain relevent as mining rewards decrease.

Without possibilities to scale the number of payments that can be processed on the blockchain Bitcoin cannot be used as a means of payment. This wouldn’t be the end of the world as BTC would continue to function as the “gold” of the crypto world.

Nevertheless, a functioning Lightning network could ensure that the intended use as a medium of exchange is also possible. This adds value to Bitcoin, which in the long term could also be reflected in Bitcoin’s price because more people use BTC.

SEE ALSO  The dos and don'ts of investing in sin stocks