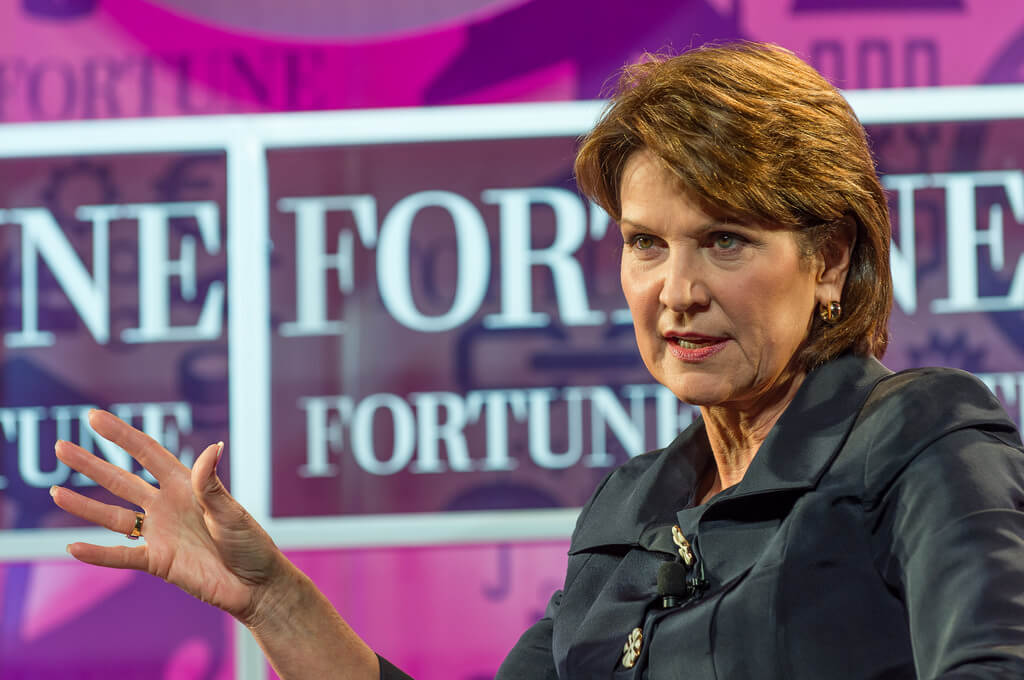 Marillyn Hewson is the President, Chairman, and CEO of Lockheed Martin, an American aerospace, security and defense company. She was the first female CEO of the said company, and she was recently featured in Fortune’s list of Most Powerful Women in 2017.

Her rise to success and road to becoming the boss of one of the world’s most renowned defense contractors is truly an inspiration for women to take on powerful roles in society, making her a great addition to our growing list of women to watch.

Hewson was born on December 27, 1953, in Junction City, Kansas. She attended the University of Alabama where she received her Bachelor’s degree in business administration and Master’s degree in economics.

After her college education, Hewson worked for the Bureau of Labor Statistics as one of its economists. In 1983, she became part of Lockheed Martin as a senior industrial engineer. This position opened a lot of opportunities for her career, and in no time, she became a supervisor.

In 1995, Hewson was promoted to the position of Director of Consolidated Material Systems and Advanced Sourcing. This job required her to move to Fort Worth in Texas. Three years later, she was appointed as the Vice President of Corporate Internal Audit in the company. 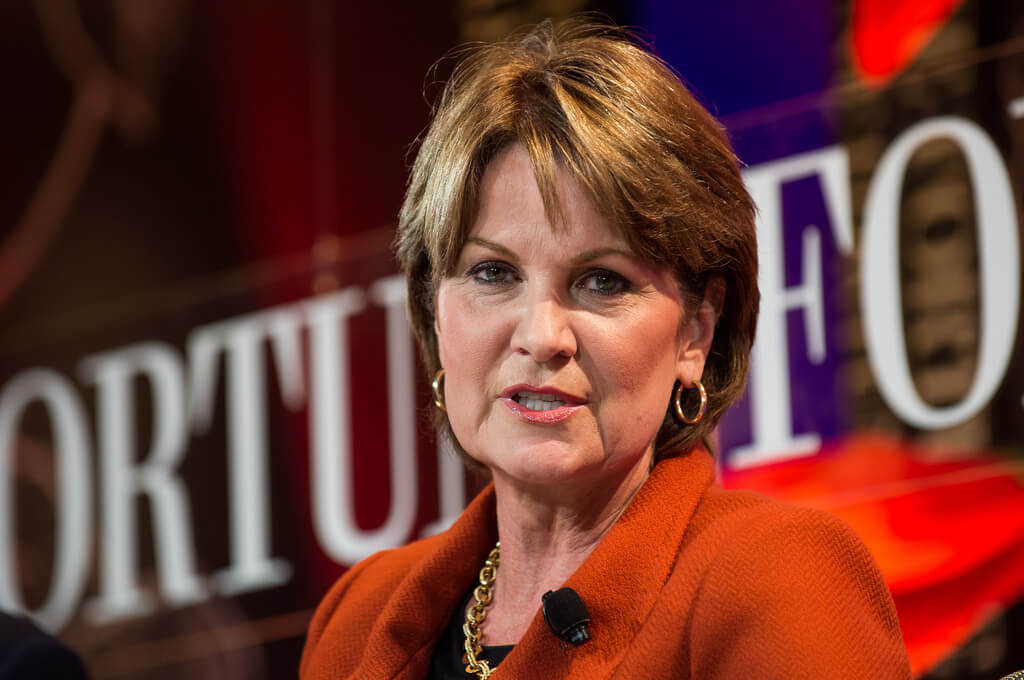 Marillyn Hewson is tasked to lead one of the world’s most trusted security and defense company. (Photo by Fortune Live Media via Flickr. CC BY-ND 2.0)

Climbing up the ranks

Throughout her early years in Lockheed Martin, she further worked her way up the corporate ladder and held positions such as the Corporate Vice President of Global Supply Chain Management in 2000, and Senior Vice President of Corporate Shared Services in 2001.

SEE ALSO  Why every startup business should use niche marketing

Hewson also took on the role of Lockheed Martin Aeronautics Company’s Executive Vice President of Global Sustainment in 2007. Some of her job responsibilities include maintaining the good quality of sustainment services for customers and guaranteeing that they also get full support for the aircraft they ordered.

In 2010, Hewson became the Executive Vice President of the Electronic System as well as its Chief Operating Officer in 2012, where she managed 45,000 employees. Her business unit earned the highest profit margin, beating other businesses of Lockheed Martin and solidifying her remarkable leadership.

In 2012, almost 30 years after her employment, the company appointed Hewson to be its CEO, making her the new face of the company and one of the few female executives, along with former BAE Systems CEO Linda Hudson, in a male-dominated industry.

Regarding this particular career highlight, Hewson said that her performance and efforts led her to this massive success she currently has and that her gender is not the only factor for this significant achievement.

Outside Lockheed Martin, Hewson is one of the board directors of American chemical company DuPont and also became the chairman of the board of directors of Sandia Corporation. In 2013, former President Barack Obama appointed her to be a part of the President’s Export Council, which is a group of well-renowned people from business and politics tasked to provide guidance in making policies and promote international trade expansion.

These roles further indicate that her outstanding management and commitment to making sound business judgment are recognized even outside the four walls of her company.

Giving back to her alma mater

Last year, Hewson gave her college alma mater a gift of $5 million. The money is allotted to the University of Alabama’s Culverhouse College of Commerce and its research and education in business data intelligence and cybersecurity. It will be specifically used for the college’s tech laboratory, undergraduate scholarship, graduate assistantship and faculty endowments.

According to Hewson, her time at Culverhouse contributed a lot to her professional achievements, and it also helped her develop her own leadership style in business. About the gift, she hopes that the institution “will have the resources it needs to advance its innovative research and attract further support for its core mission of preparing students for the jobs of the future.”

The University of Alabama named a laboratory after her, and it is the premier research center for data analytics and will be used in conducting studies to give aid to companies in addressing their serious problems.

On February 7, 2018, the Aero Club of Southern California will give Hewson the 2017 Howard Hughes Memorial Award. The organization chose her for her achievements and contributions that paved the way for the innovation of space technology or aviation.