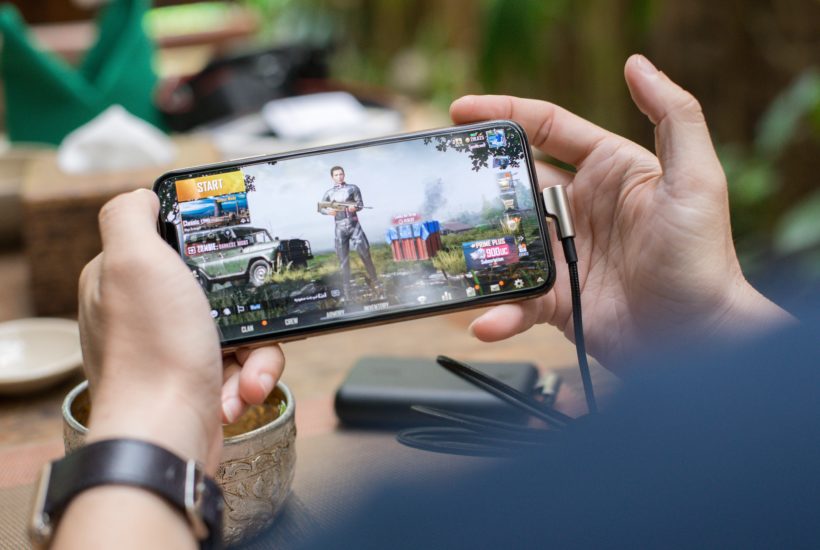 As coronavirus-related restrictions continue to be implemented, lifestyles and behaviors have inevitably shifted. People have to adapt to working from home, having virtual hangouts, and doing their grocery shopping online. Meanwhile, those seeking some form of entertainment have found the perfect way to pass the time—mobile gaming, which has now taken over consoles and computers as the leading gaming platform in the world. It has become so ubiquitous that companies like Leaf Mobile, Inc. (TSXV: LEAF), publisher of counter-culture games, are turning out huge profits during the pandemic.

Per Comscore, there was a massive surge in U.S. mobile device usage while everyone is sheltering in place—an uptick of 53% early in the lockdown. In comparison, gaming consoles are up by 48%, smart speakers by 44%, and connected TVs by 37%. Meanwhile, Verizon reported an increase in data usage related to video streaming by over 12% and web traffic by almost 20%. But mobile gaming saw a whopping 75% boost, confirming that this is where consumer engagement is at now.

Mobile gaming stocks to invest in

As the mobile gaming industry prove to be pandemic-proof, here are some companies worth considering for your portfolio:

As the most influential and noteworthy creator of “green” or cannabis-themed mobile games, Leaf Mobile has made a name for itself publishing legacy games from its Bud Farm franchise, such as Bud Farm Grass Roots, Bud Farm 420 and Quest for Buds. The company’s continuing partnership with celebrities who support the cannabis industry has also strengthened its position as an authentic counter-culture brand delivering highly engaging mobile games to underserved markets.

April also saw significant developments: the launch of its new cannabis game Cheech & Chong Bud Farm, which earned $0.1 million, just days after it was introduced, and investment from Blue Star Capital PLC (LON:BLU), which now has a stake in the company. The revenue for the month was a record $2.9 million, a significant rise in turnover.

Indeed, Leaf Mobile, Inc. (TSXV: LEAF) is looking at an exceptional year, with its portfolio of mobile games earning from in-app purchases and advertising revenue. Says CEO Darcy Taylor: “Cheech and Chong Bud Farm remains the top downloaded cannabis-themed game in the U.S. on Android, holding that place since days after its release on 4/20. Our daily installs, daily active users, average revenue per user and other key performance indicators continue to trend favorably, and are showing all the early signs of success we saw in the launch of Bud Farm Idle Tycoon, which has been our highest-grossing title to date for the company.”

Disclosing its Q1 2020 earnings at $1.79 billion, up by $447 million (13%) from last year, Activision Blizzard (NASDAQ: ATVI) is one of the heavyweights in the industry, publishing some of the most popular video games such as the Call of Duty franchise as well as Overwatch, World of Warcraft, Hearthstone, and more. With the arrival of Sony (NYSE: SNE)’s PlayStation 5 and Microsoft (NASDAQ: MSFT)’s Xbox Series X later in the year, Activision’s titles are bound to be in demand more than ever.

That being said, the company’s mobile games have an immense following, representing 67% of consolidated net revenues in 2019. When it launched free-to-play Call of Duty: Mobile in the last quarter of the year, it earned 50 million new players. Now it is looking to replicate that success, with plans to release Diablo: Immortal, the mobile game version of the original Diablo franchise.

Chinese conglomerate Tencent Holdings (OTC: TCEHY) is currently valued at $580 billion, and is considered to be the largest video game company in the world. Its Q1 2020 financial report disclosed a notable increase across the board: 32% in online advertising sales, 31% in online games revenue, and 27% in value-added services revenue.

Tencent has also been making aggressive yet strategic ventures over the years. It invested $8.6 billion (84.3% ownership) in Supercell, makers of Clash of Clans; over $400 million (100% ownership) in Riot Games, known for League of Legends; and $330 million (40% stake) in Epic Games, developers of Fortnite. It also put in a capital of $126 million (14.6% stake) in Glu Mobile (NASDAQ: GLUU), beloved for Design Home, Kim Kardashian: Hollywood and Diner DASH Adventures.

Demand for these blockbuster mobile game titles during COVID-19 has only served to boost the company’s revenue. CEO Ma Huateng notes Tencent’s resilience: “During this difficult period, we seek to provide online services that keep people connected, informed, productive, and entertained. So far, our businesses have proved…cashflow-generative.”

SEE ALSO  End of the road: 5 vehicles that will be discontinued in 2018

Mobile gaming provides people with a way to relax and have fun. Ease of access, as well as portability and affordability of mobile devices, allows for more gamers all over the world to have an immersive, social experience. The rise of 5G connectivity is also a factor why the industry is flourishing at a time when other businesses are closing and recession is at an all-time high.

According to The State of Mobile 2020 report by App Annie, the mobile gaming industry is forecasted to reach $100 billion this year. By 2023, the whole mobile industry is said to contribute $4.8 trillion to the world’s GDP. This is definitely something a lot of investors are looking forward to.