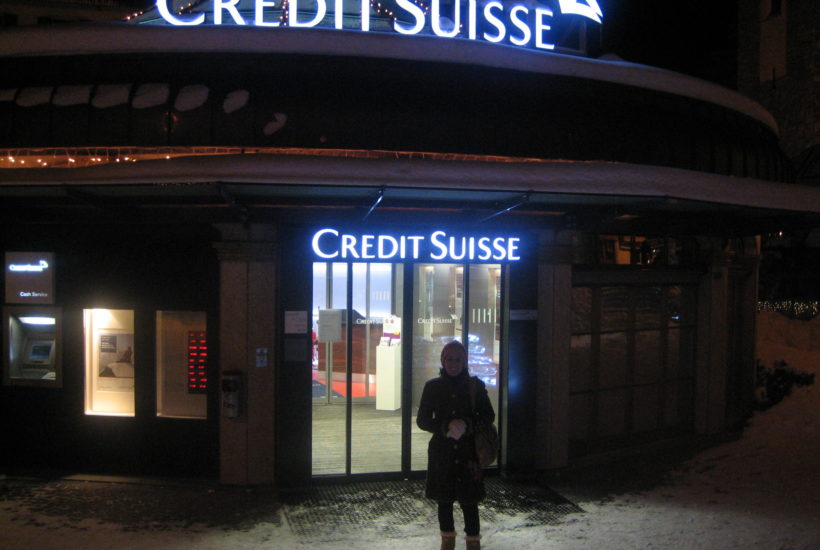 According to the Bloomberg financial news agency, the European unit of Credit Suisse pleaded guilty for its role in a loan scandal that diverted funds from the Mozambican treasury and threw the country into economic and financial crisis.

Credit Suisse pleaded guilty to one count of conspiracy to commit wire fraud during a hearing today in a courtroom in Brooklyn, New York, on the same day that the Swiss bank’s headquarters agreed with the US Justice Department to a three-year deferment of the indictment.

Credit Suisse will pay about $475 million, the equivalent of €408 million, in the agreement made on October 20th with financial judicial authorities in the United States, the United Kingdom, and elsewhere, according to Bloomberg, citing sources close to the case.

Details of the settlement are expected to be released in the coming days, adds the financial information agency, which cites the bank’s lawyer as confirming that the financial institution pleaded guilty.

“Certain employees and agents committed acts, including payments that passed through the Eastern District of New York,” where the case began trial in 2018, Alan Reifenberg said.

In April 2016, the Wall Street Journal reported that Mozambique had issued sovereign guarantees on loans worth about $2.2 billion, about 1.9 billion euros, above what had been reported by then, and outside of international institutions and national authorities.

The International Monetary Fund, the World Bank, and the donor community then suspended financial aid to the country, which eventually defaulted on its payments on the $727.5 million dollars (€624 million) issued in Ematum sovereign debt bonds in February of the following year.

This financial crisis resulted in a series of lawsuits against Credit Suisse and the Russian bank VTB, launched by the Attorney General’s Office, but the banks also put the country in the dock for non-payment, arguing that the destination and application of the borrowed funds was not their responsibility.

In the context of the hidden debts, the Mozambican justice system accuses 19 defendants in the main case of having associated themselves in a “gang” and robbed the Mozambican state of $2.7 billion (€2.28 billion) – a figure that the prosecutors say is higher than the $2.2 million so far known in the case – raised from international banks through guarantees provided by the government.

The hidden debts were contracted between 2013 and 2014 with the British subsidiaries of the investment banks Credit Suisse and VTB by the Mozambican state companies Proindicus, Ematum, and MAM.

The loans were secretly endorsed by the Frelimo government, led by the President of the Republic at the time, Armando Guebuza, without the knowledge of parliament and the Administrative Court.