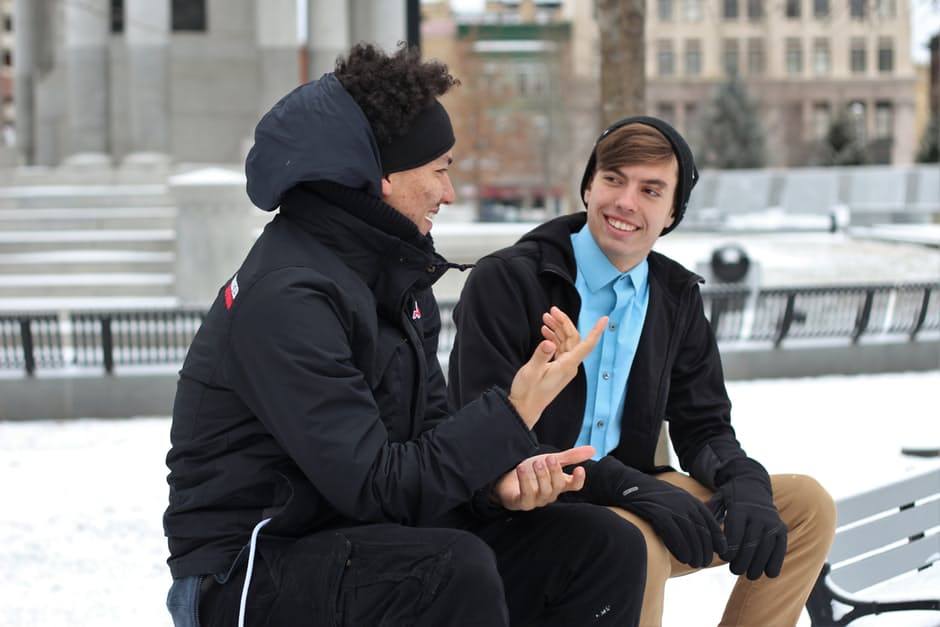 How far can one go by being multilingual?

“The limits of my language are the limits of my world,” says the philosopher Ludwig Wittgenstein. We’ve arrived at that point in our history where a significant paradox has emerged. Technology is shrinking the world and bringing us closer. At the same time, it shows us how much there is still out there that we don’t know and have yet to discover.

The smart devices we own, together with the usage of the internet and social media have all seemingly bypassed the oceans and continents that separate us. Nevertheless, these relationships that we build also make us aware of the various communities that we have yet to connect with. These are global villages and entities with different experiences and histories.

All the same, it is language that truly serves as our bridge in today’s globalization. Yes, English is universal, and used by the majority, from economics to politics to international relations. However, as the business ecosystem grows, it is obvious that knowing just one way to communicate is short-sighted and small-thinking, at the very least.

These days, a lot of day-to-day operations call for being multilingual, whether you’re interacting with your customers or employees. More than just a way to get your message across, one of the more important functions of language is to recognize one’s culture and one’s place in the world.

Language affects the way we work and value one another in the workplace. How we say things is as important as what we say, and in business, everyone becomes a stakeholder when it comes to expressing our needs and desires.

The power of being multilingual

If you own a company, dealing with customers means anticipating what they want, and providing solutions to their problems. you have a much better chance at building rapport and confidence when you connect with people using their mother tongue.

Take a look at various popular websites today. Many opt to have a multilingual interface which allows users to choose their own dialect. Users process information better with it. Moreover, a customer service that has a staff of multilingual speakers are able to address the gaps between cultures. Those include slangs and idiomatic expressions, as well as motivations and personalities that might not translate well in another language.

SEE ALSO  Killing net neutrality: How does it affect consumers and businesses?

Who has not opened a box of an appliance or the latest gadget and not seen a thick instruction manual? The step-by-step guidelines are rarely long and tedious. It is the numerous translations that make many manuals thick. Companies anticipate buyers that fit several demographics.

For some industries like retail or tourism, being multilingual is a must. For others though, it is still met with a fair amount of skepticism. After all, it requires much effort and integration, perhaps even training. It all boils down to the inevitable question: is it worth it?

The answer, of course, is yes, absolutely. If you have a business and you want to cater to a larger audience, then you must be prepared to open your doors to the rest of the world. 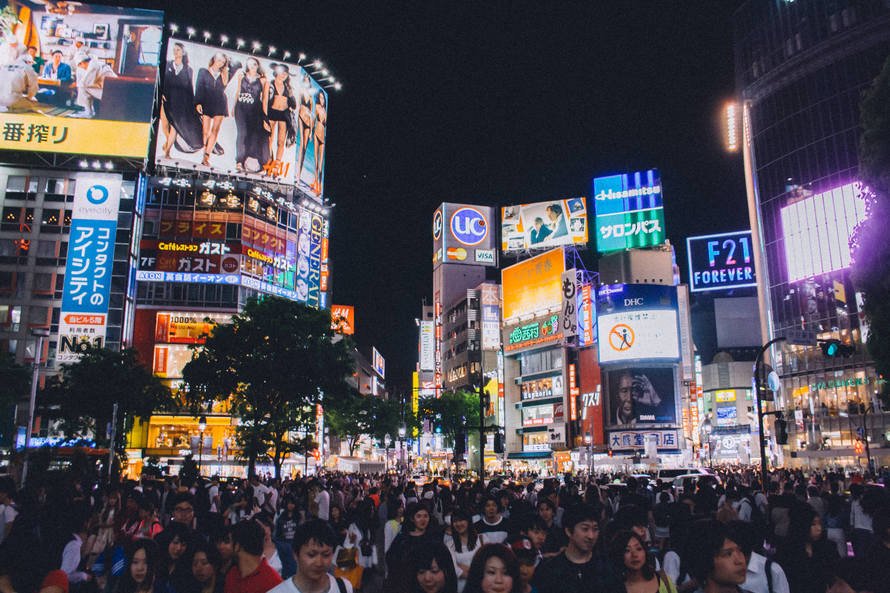 Where it works best

Consider Twitter, who built its own Translation Center. The company called upon translators who would help make the platform available to different countries in their own language. Twitter is one of the leading networks who traffic in an exchange of personal thoughts, ideas, and timely information.

Giving everyone an equal occasion to engage in their native tongue is but the next logical step towards global expansion. The Worldwide Trends on the sidebar tracks words and hashtags that are the most talked about online. It also became customizable later on so you can view what’s trending from your own country.

Sure, its main headquarters may be in North America. However, Twitter has played a huge part in the history of social activism, especially in countries like Egypt and Iran. Citizens in these nations used a seemingly innocuous tool—a cross between personal chat and microblogging—into a powerful communication engine. It carries important messages out into the world that’s ready to listen. Twitter dedicates itself to removing barriers. The site made it possible for discussions in different languages: Dutch, Japanese, German, French, Spanish, Portuguese, Filipino, among others.

Per Al Jazeera: “The revolutionary power of social media stems from the ease with which ‘everybody is an influencer’ (or can potentially become one). We are witnessing the transition from broadcasting communication (mass media: one-way, one-to-many flow) or personal (telephone: bidirectional, one-to-one flow) towards an unprecedented many-to-many paradigm.”

Opening yourself to new opportunities

According to the Internet World Stats, as of the last quarter of 2014, almost half of the user population (45.6 percent) comes from Asia, with Europe and Latin America at second (18.9 percent) and third place (10.5 percent). The number of non-English-speaking customers continues to rise.

It now becomes imperative to invest in and adapt to becoming a multilingual business. This is so you can be at the forefront of competition, especially when it comes to content. Advertising and networking can only get you so far, but content is still king. Content translated into multiple languages is even better. 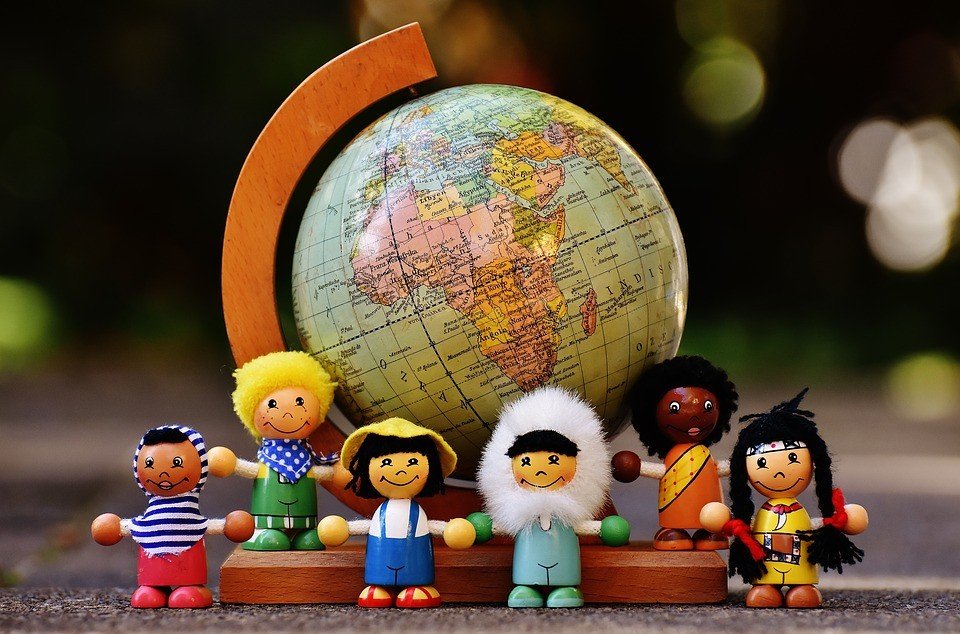 A multilingual business will do better than a single language one in the global village. (Source)

English as a first language no longer holds that same prominence as before. The web is fast becoming saturated with users who are more confident speaking and writing in the language they are comfortable with. In the business landscape, this extends to branding awareness, spreading of accurate information, and marketing campaigns.

Being multilingual creates more value. It makes you more accessible and gives you a reputation as a business that is open to dealing with people outside your comfort zone and niche. It also establishes credibility among foreign customers and partners. In terms of online recognition, providing multilingual content increases your chance of appearing in search engines, especially if the terms used are not in English.

Minding the gap and avoiding oversimplification

Perhaps it is best to remember that at the end of the day, a lot of our big ideas and emotions can’t always be covered by single words, nor the entirety of the English language. Sometimes even actual verbal communication can’t compensate for the importance of a grand gesture. Sometimes even code and numbers can be more powerful than words themselves.

As the poet, Rita Mae Brown has said, “Language is the road map of a culture. It tells you where its people come from and where they are going.” If you want to really be in touch with your customers—not just now, but in the future—then becoming multilingual should be part of your gameplan.

Business relationships demand that you get to know the person attached to the hand that you’re shaking. Knowing what they want and what you can give them in return is a smart plan of action. Ultimately, though, knowing how to speak in a way that they would understand is the genuine first step towards building trust and respect.