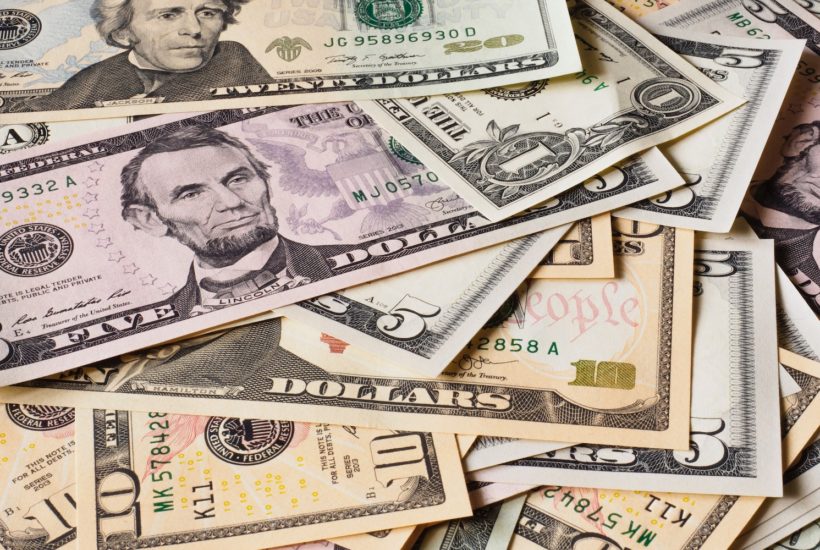 The U.S. National Debt is about to surge like never before, along with the rest of the entire planet’s gigantic pile of sovereign IOUs. America started with a $23.5 trillion debt before the Wuhan virus outbreak, with annual deficits running over a $1 trillion; and projected to be at least that amount for the next dozen years. But then, the stock market and economy crashed due to the catalyst of the COVID-19 pandemic, which pricked the massive bubble in junk bonds and equities that I have been warning about for years.

In addition to the automatic stabilizers that kick in during a recession, like unemployment insurance and food stamps, the Treasury is now buying commercial paper, suspending interest payments on student loans, and writing checks to small businesses. There are also various other bailouts and stimulus packages in the works; the IRS is allowing taxpayers a deferment for three months of up to $300 billion. Also, the government will soon be sending checks to nearly every American, the proposal is for at least $1,000 for each adult and $500 per child, per month—around $500 billion in total. Helicopter money is now coming, and both parties embrace it with alacrity. The total amount of stimulus proposed so far was reported by Bloomberg to be $1.3 trillion this year alone.

A global depression is now here, but the question is for how long. A small taste of the miserable data that is to come came from the Empire State Manufacturing Survey for the month of March. The index plummeted by the most in history to an incredible minus 21.5. Since the survey was taken, we have seen entire counties shut down, U.S. schools and corporations shuttered, and at least 50 major retailers are shutting their doors, and that number is growing daily. The retail sector employs a total of 15.7 million people. There will be about 3.5 million jobs that are predicted to be lost if this economic slowdown turns out to be like the average since WWII. However, it is clear this economic contraction will be nothing like the typical recession. Indeed, when was the last time a great portion of the world’s population was told to shelter in place. Around 67 million Americans think they will have trouble paying their credit card bills due to the coronavirus, according to WalletHub. And, nearly 80% of Americans are living paycheck to paycheck—we really need this virus to dissipate quickly, but the probability of that outcome is impossible to know.

To give you further insight as to how bad the unemployment numbers could get, let’s look at where the jobs are now. In the U.S., most of the jobs created since the Great Recession ended back in 2009 have been in the Leisure and Hospitality sectors. According to the BLS, there are nearly 17 million people employed in those two sectors alone. But now, a great deal of those doors have been closed. Many of these people are 1099 employees and have no access to unemployment insurance. Those that are W-2 employees will see a huge reduction of their income and may not see an immediate request to be rehired once the economy begins to recover.

This is because there will be a serious degradation of consumer and business’ balance sheets. Coming into this crisis, there was a record amount of household debt and a record amount of corporate debt both in nominal terms and as a percentage of GDP. There is now a significant shock to the incomes of the public and private sectors, while all the existing debt remains and new debt is being accumulated. Government assistance can help, but it will not make people 100% whole.

But now the major averages have crashed by over 30%, and the Russell 2000 is down just shy of 40% in one month. Not only are all of the gains made last year now gone, but the market has given back all the gains made since January 2017. As an aside, I was wondering how all those C-suite geniuses feel that levered up their corporations in record proportions to buy back stocks at record highs? I also wonder what public or private pension fund will be solvent since there has been no money made in the last three years, and the Benchmark Treasury yield is 1%? These retirement funds need to make at least 7-8% each year to come close to satisfying their obligations.

To combat these issues, global governments are reacting with massive fiscal and monetary stimulus. We already mentioned what the U.S. Treasury is doing. Also, the Fed cut rates back to zero, is buying commercial paper, openly admitted to launching Q.E. 5, and massively expanded its REPO facility—which it was supposed to draw down to zero beginning in April. In sharp contrast, Mr. Powell’s balance sheet has now exploded to an all-time high of $4.7 trillion. The Fed may also start buying corporate debt very soon and announced unlimited Q.E. on Monday, March 23rd.

SEE ALSO  Is a breakthrough lung cancer treatment on the horizon?

Wall Street now needs a 50% increase in stocks just to get back to where it was a month ago. That’s how the math works when you are down about 35%.

At the end of this crisis, we will have an even bigger mountain of debt, interest rates that are even further into the twilight zone and the seeds of runaway inflation that have been fertilized with a gigantic pile of poop from a massive herd of government-fattened brontosauruses.  That is the real crash still coming, which will occur after the market soars back to record highs on unprecedented money printing, interest rate manipulation, and debt-fueled stimuli. To be clear, the inflationary/insolvency crash of the bond market is dead ahead.

In the interim, we should continue to see wild swings in asset prices as the market struggles to reconcile with a temporary, yet brutal, depression that is being offset by Helicopter money. PPS models these cycles of inflation/deflation and growth/recession. That is your best chance to increase your standard of living, even during the increasing occasions when Wall Street burns.