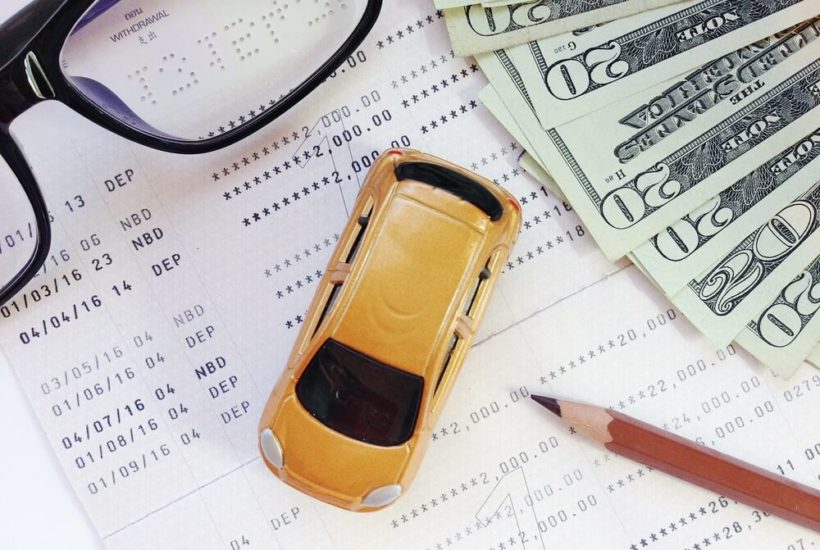 The New York Federal Reserve’s gift wasn’t to overleveraged American consumers but rather to those who are employed repossessing one of those goodies they can’t afford. On February 12, the NY Fed made the announcement that a record number of consumers are falling behind on their car payments. 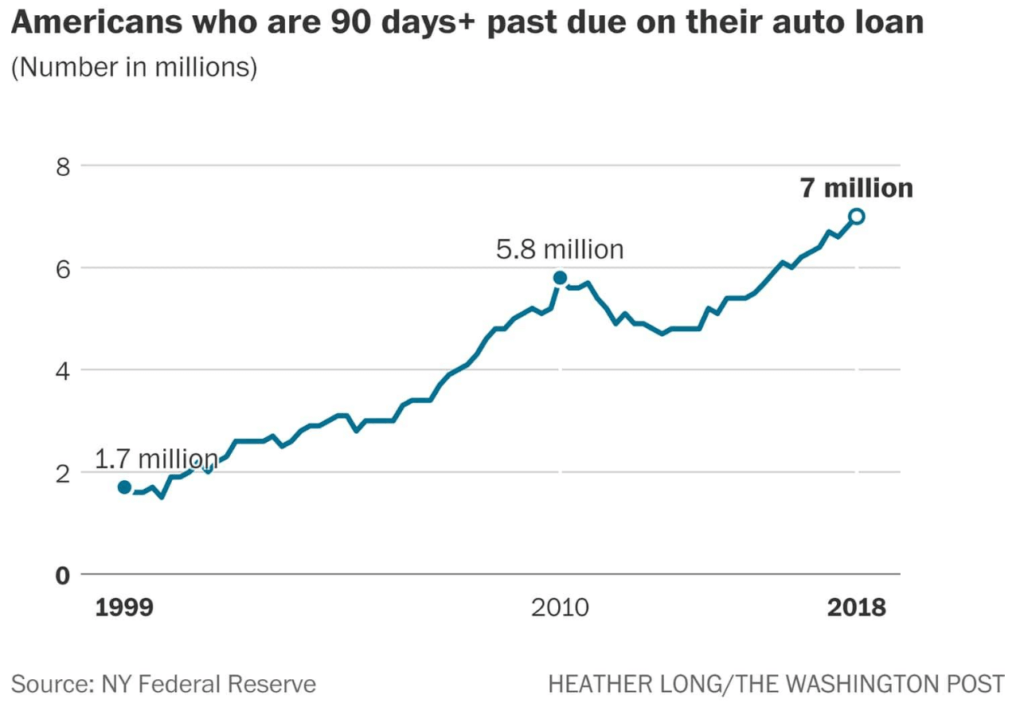 There are now over seven million car loans past due by at least 90 days as of Q4 2018, along with a record 89 million loans that are outstanding. For Subprime Auto borrowers with credit scores below 620, the delinquency rate spiked to over 16 percent and the number of subprime borrowers jumped to 20 percent of loans outstanding. The amount of overdue loans has spiked by 1.3 million since its previous high set in 2011 when the unemployment rate was at nine percent.

The total market for auto loans now stands at $1.2 trillion. Some may take solace in the fact this level is much smaller than the $9 trillion home mortgage market that brought down the global economy in 2008. However, when you combine car loans with all the other debt consumers have accumulated due to the Fed’s nearly decade-long zero interest rate policy, the numbers become daunting. Household Debt is now at an all-time record high of $13.5 trillion; this number includes a record $1 trillion in C.C. loans and $1.5 trillion of student loan debt.

And while that $9 trillion mortgage market isn’t in as bad shape as it was a decade ago, home prices have climbed back into an echo bubble and have become extremely susceptible to rising interest rates and the credit cycle. In addition, when you add in the boom in corporate credit–rising from $6 trillion in ’08 to $9.6 trillion today, along with the $22 trillion National Debt, you can clearly see the state of the US consumer has never been more precarious.

In fact, these debt holders are desperately clinging to their jobs and hoping the economy avoids even a mild contraction in growth or any further advance in debt service payment costs. Considering all of these mindboggling obligations owed by consumers and taxpayers, is it really much of a mystery as to why the Fed is so panicked about even the slightest hint of a recession?

A recent Federal Reserve survey also reported that 40 percent of American adults say they couldn’t produce $400 in an emergency without sliding into debt or selling some assets. That is — if they have any to sell in the first place.

The state of the US economy—and indeed that of the entire globe—now depends upon the conditions of ZIRP and asset bubbles that are made permanent. This shouldn’t be a shocking conclusion. After all, central banks wanted to re-leverage the economy after the Great Recession hit in 2008; and concluded the only way to accomplish this was to make money virtually free for the past 10 years.

Of course, one of the consequences of manipulating the cost of money in such an unprecedented manner was to force buyers into new vehicles at record numbers. This, in turn, drove the price of new vehicles to record highs, while it also significantly raised the residual values of new auto leases; and thus made monthly payments much more affordable. As long as zero percent financing was available to those with lower and lower credit ratings, the bull market in car sales and prices continued.

However, much like what occurred at the apex of the real estate bubble circa 2006, all bubbles inevitably pop; auto prices eventually increased to a level that became unaffordable to most buyers, dealers ran out of subprime borrowers, and the central bank began to normalize monetary policy. And then the car market goes into reverse as the economy slows due to the inevitable turn in the business cycle. What follows is a huge number of cars start heading back to the dealership (think jingle mail 2.0 but with car keys instead of front door keys) causing the price of used vehicles to drop sharply. This, in turn, causes residual lease values to plummet, and as a consequence, the cost of new leases begins to surge.

The collapse of the auto bubble happens to be just one small example of the “unintended consequences” and massive distortions created by central banks gone rogue.

Economic growth has slowed from 4.2 percent in Q2 of last year to just 1.5 percent in Q4, estimated by the Atlanta Fed. As the U.S. economy continues to slow and the global economy waxes towards recession, what is happening in the auto sector should also occur with student loans, credit card debt, mortgage-backed securities, leveraged loans, CLO’s, and so on. Of course, banks are the primary holders of all this debt and their balance sheets will once again become an issue in 2019-2020.

The next recession will cause tax receipts to plunge and push annual deficits to spike above $2 trillion, or an incredible 10 percent of GDP. Adding another two trillion dollars per year to an already unmanageable $22 trillion National Debt is not something our bond market or world’s reserve currency can easily withstand. In other words, the US taxpayer will be required to perform yet another bailout of the banking system.

Inflation is the primary tool governments use to accomplish its economic rescue plans. And that means investors will need to flock into the economic freedom that can only be found in the ownership of gold.