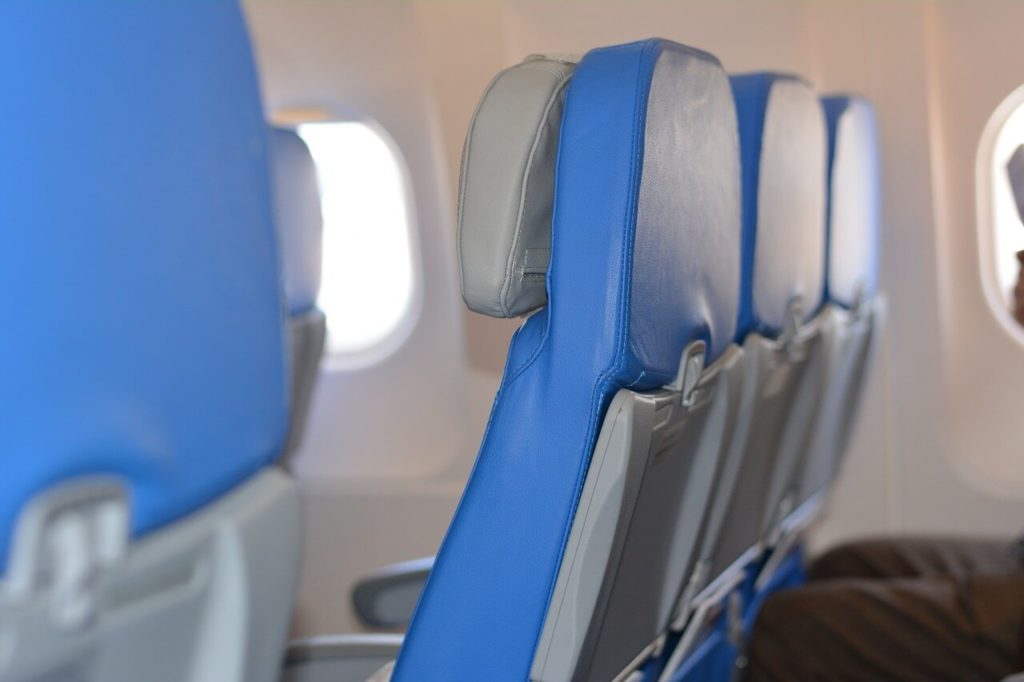 It’s true, Americans are getting larger and airline seats are shrinking. So confrontations between oversize airline passengers and their fellow travelers are inevitable.

The average seat pitch, a rough measure of legroom, has dropped from 35 inches in the 1970s to about 31 inches today. And the average width has shriveled from 18 inches to about 16.5 inches.

Airlines are more sensitive to territorial seat skirmishes than ever. But air travelers have developed their own tricks, too. They might save you from being squeezed on your next trip.

What airlines do with oversize airline passengers

Oversize airline passengers fall into two broad categories. Some travelers can’t fit into the seats because of their hip size. Others are too tall to contort into an economy-class seat with limited legroom. The ones that generate the most complaints, perhaps unfairly, are the ones who spread into the next seat.

That’s what happened to 73-year-old Sam Cristol. He found himself seated next to a 6-foot-7, 500-pound passenger on a 5.5-hour JetBlue flight from Fort Lauderdale to San Francisco.

“He looked like an NFL lineman,” says Cristol, a food broker from Lake Worth, Florida. “He took up half my seat. My other half was in the aisle while I had to hold on to the seat in front of me.”

Cristol complained to JetBlue, which apologized for the inconvenience. I checked with JetBlue about his flight, and it offered a $100 voucher to both him and the lineman, which was an interesting solution.

JetBlue offers seat belt extenders for oversize airline passengers on its site but is otherwise silent on its passengers-of-size policy. Other airlines require large travelers to buy two seats.

Crewmembers try to fix these onboard confrontations before takeoff. For example, a flight attendant would have tried to re-seat a passenger like Cristol. But unfortunately, it was a completely full flight. He also might have asked to trade seats with a smaller passenger, but that wasn’t an option either.

SEE ALSO  What you should know about asset recycling

What passengers are doing about oversize airline passengers

So beyond the usual advice – change seats, try to persuade a smaller passenger to take your place, beg for an upgrade – what do you do?

A little kindness would probably take you a long way, says Casey Gardonio-Foat, a small business owner from St. Louis.

“Have empathy for the larger person,” she says. “Remember, they are likely more uncomfortable than you are. That’s because of shrinking airline seats and because of bias and routinely awful treatment of larger people in American society.” 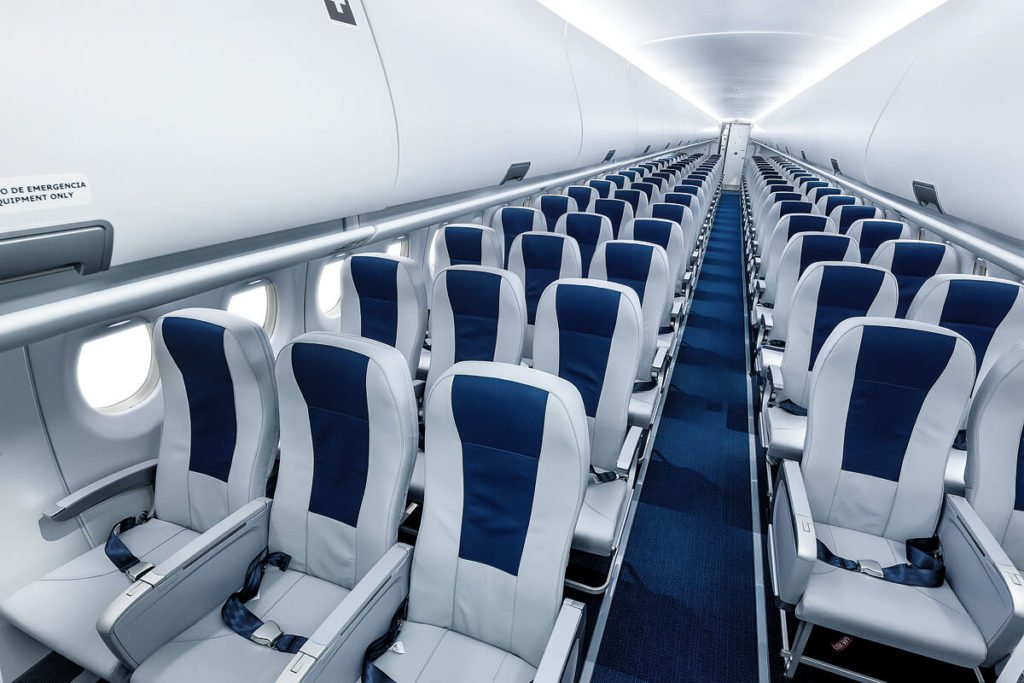 In the 1970s, the average seat pitch was at 35 inches and is down to 31 inches today. (Photo by SuperJet International via Wikimedia Commons. CC BY-SA 2.0.)

Suzanne Dixon, a dietitian from Portland, Oregon, agrees that being nice can make the trip more survivable.

“When I’m seated next to a large passenger, I greet them with a smile,” she says. “No matter how much of a squeeze, a positive and nonjudgmental attitude is important.”

A polite request can help, too. On Stacy Caprio’s last flight, her seatmate took over her armrest and encroached into her personal space. “I asked him, ‘Could we please each keep our arms inside our own seats?'”says Caprio, who works for a Canadian coupon website. “He grunted but then mostly complied which made the flight much more pleasant for me.”

Ken Friedlander was so concerned about passengers who spill into someone else’s space that he invented something to fix it. It’s a partition called Create-A-Space (createaspace.net, $39) that pushes up against your armrest, clearly delineating your personal room.

“I have found that coming prepared with something to help share the armrest really makes a difference,” he says. “The airlines have forced me to make this a part of good travel planning.”

Jen Lowe shared one of the cleverest techniques I’ve heard, although it’s not necessarily one I would endorse. She told me the story of a “super-intrusive” seatmate on a recent flight who refused to move.

“She was rude and unapologetic about physically taking up my personal space in my seat,” says Lowe, a swimsuit designer from San Diego.

Halfway through the uncomfortable flight, the cabin turned cold. And she had an idea.

“I just snuggled up to her and put my head on her cuddly shoulder,” she says. “It’s amazing how fast she was suddenly able to retract into her own seat – like, completely.”

What are your rights with a space invader?

• Fly later. If you’re seated next to someone who can’t fit into one seat and your schedule is flexible, ask a flight attendant if you can take the next flight. If there’s room on the next plane, you might be better off traveling later.

• Know your legal rights. Unfortunately, you don’t really have that many. The contract of carriage, the legal contract between you and the airline, does not say you have a right to a full seat. Generally, the crew’s attitude is that if you can sit in the seat and use your seat belt, you’re good to go.

• Know what to expect when you complain. As a practical matter, airlines will apologize and maybe offer a voucher for your discomfort. Discreetly take pictures of the incursion and send them with your complaint. If the airline doesn’t respond appropriately, consider asking a third party for help with your case, such as a consumer advocate, or post your pictures on social media.