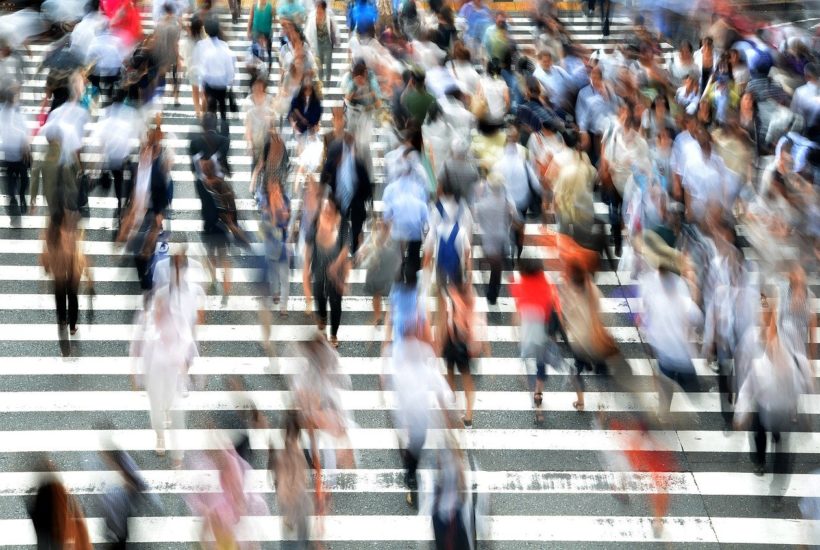 The human population has grown by roughly six billion people over the past century.  In other words what took an immeasurable amount of time to occur—population of one billion, was sextupled during a mere blip on the Earth’s timeline.  Meanwhile, according to NASA’s Jet Propulsion Laboratory’s independent study of the International Terrestrial Reference Frame, the Earth is not getting larger.  The 196.9 million square miles, mostly covered by water, dating back 4.54 billion years, is finally getting crowded.

Is crowding a success or failure?  The leaps in innovation and quality of life brought about over the past century would certainly indicate a success. Globalization combined with the natural compounding of talent and productivity by a greater workforce has worked miracles.  But is there a tipping point in which the crowd becomes a hindrance? If so, what is it? Ten billion people Fifteen billion? Twenty billion?  Once reached, what does it look like? Would the population innately reverse course through disease, war, starvation, etc.?

What does science have to do with economics?  Everything.  All humans can be simultaneously classified as “renters” and “users”.  Unable to conquer mortality, everyone has an expiration date.  Humans rent a place here on Earth for a relatively short amount of time.  During that time, humans use the resources that are available in as efficient a manner as the times demand.

People can be further classified as “givers” or “takers”, here is where the population begins to differ.  Few people spend their entire lifetime as one or the other, but rather redefine themselves throughout the various phases of life.  Childhood is primarily a time of taking, dependents are dependent.  Adults are primarily giving, using their career to be a producer of society.  Senior citizens typically revert to taking, requiring some forms of assistance in retirement.  Along the way, the economy and employment situation can thrust swaths of the population back and forth from giving and taking.  The balance between these two categories directly impacts an economy’s well-being.

Developed nations are defined by providing a certain amount of entitlements to their populations.  These provisions of sustenance can vary depending on the capitalist or socialist tilt of each state, but are apparent, nonetheless.  Modern America depends heavily on the entitlement programs of Medicare/Medicaid and Social Security, the two largest budget items for the US government. The endless list of programs thereafter, from healthcare to defense, unemployment to food stamps, etc. sustain takers while demanding givers.

According to the Centers for Disease Control (CDC), America may already be subconsciously addressing its population concerns.  In 1950, women were having on average about 4.7 children during their lifetime.  Today, US women have roughly 1.7 children in their lifetime, well below the 2.1 figure considered for perfect population replacement.  One might hope society reverts to a mean with normal baby boom and bust cycles, however the skyrocketing chart of population to eight billion thwarts the argument of a mean and rather suggests a newfound trend.

The imminent concern of America, and many other developed nations, is the current transition from “giver” to “taker”.  Less people are entering the workforce and are doing so at a later stage of life.  Meanwhile, more people (i.e., Baby Boomers) are leaving the workforce and extending the last phase of life.

States are tasked with either asking more from their “givers”, primarily through taxes and/or a booming economy, or supplementing their population externally.  This primary supplement can be achieved through immigration.  According to the Migration Policy Institute, in 1970 there were 9.6 million immigrants living in the US, representing 4.7% of the population.  Today, there are over 45 million immigrants in the US, representing 13.7% of the population.  This is the highest the ratio has been since the turn of the 20th century.  This is not to say immigration offers 100% productivity, as many can still be youths or untrained adults, that add to the “takers”.

SEE ALSO  What most Bitcoin investors don’t know about taxes

Political debate often revolves around dollars and cents.  Which benefits can be afforded or manipulated to subsidize another?  But the source of each equation remains population dynamics.  The shifting sands of mankind give rise to every economic consideration that follows.

(Featured image by B_Me via Pixabay)