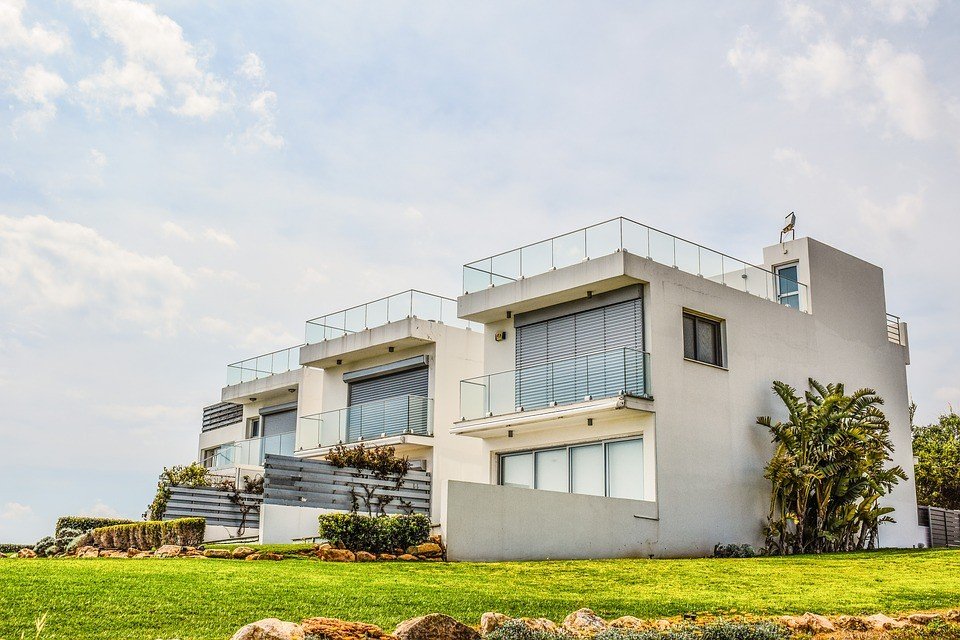 It’s no secret that millennials are not buying homes as early or to the degree that baby boomers did.

They saw the first major real estate crash since the Great Depression. So, rentals are up and home buying is down. But this is being called “the Dream on Hold.”

Our view is based purely on demographics, and it is more extreme than that: By 2024, the homeownership dream as a means to wealth will be DEAD!

This is NOT a theory.

It has already happened in Japan. They’ve seen declines in home prices for 27 years now!

That just isn’t supposed to happen in a world where they aren’t making more real estate. I study Japan intensely, as they have gone through the whole Boomer bubble and burst cycle many years before us — and we haven’t seen the worst yet by this example.

Look at this chart. It fits our bubble model for real estate too well. 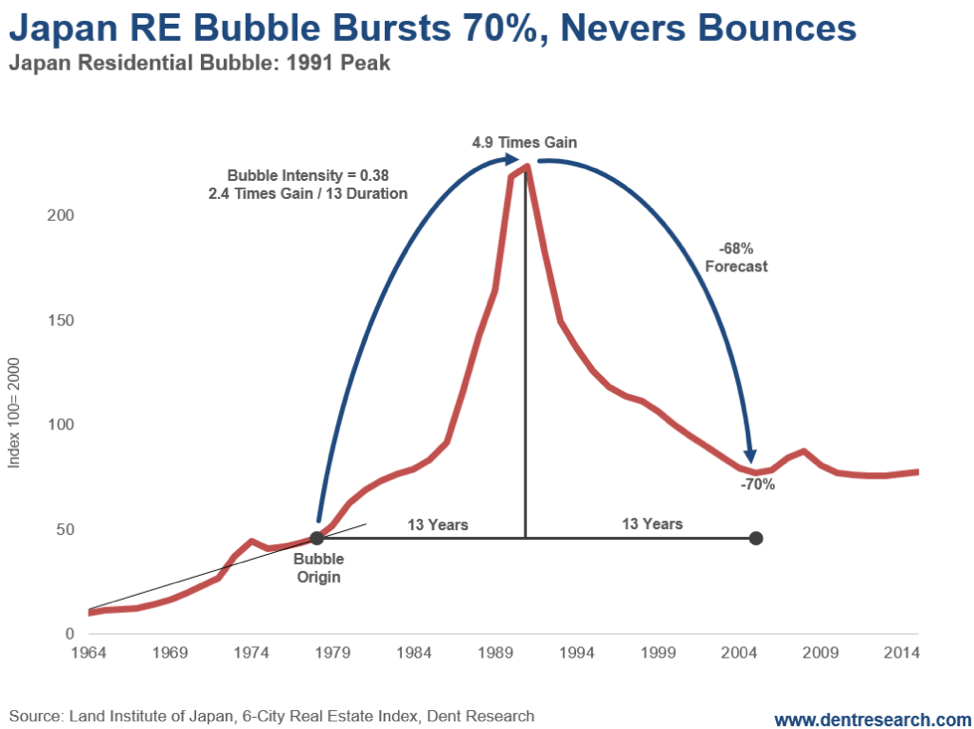 Their home prices peaked in 1991. This was the demographic peak for home buying at age 42. Prices dropped 70 percent into 2013.

Our bubble model follows the male orgasm trajectory (scientifically plotted). It predictably took the same time to build as to bottom — 13 years. It was much larger and longer than the U.S. bubble in 2000 until 2006, which is why it burst deeper.

The bottom at 70 percent down was very close to the model that projects that real estate will crash back 85 percent to the bubble origin in 1978, or a forecast down 68 percent.

Who says that was a “Black Swan” and unpredictable? But that’s not the real story.

They’ve not bounced since, even though the young generation came along to buy again, albeit smaller than the boomers in Japan.

It took me years to figure out why Japanese real estate didn’t at least bounce modestly when its millennial generation went into a positive buying trend from 1998 into 2015 (on a 42-year lag).

So, like the workforce projections where I add new entrants at age 20 on average and subtract the retirees at age 63, I had to change the model to subtract dyers (at age 84 in Japan) from the peak buyers at age 42. 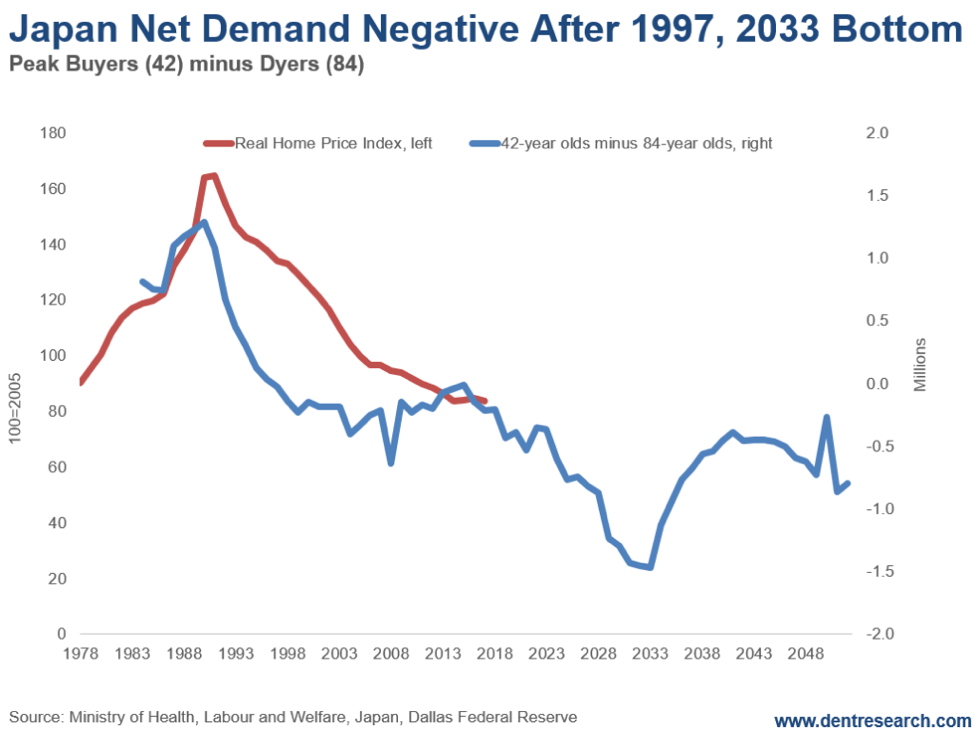 This created a whole different forecast.

“Net Demand” fell from its peak in 1991 and doesn’t bottom until 2033. That means 42 years of falling trends in home prices and likely more down the road farther. You can imagine that virtually no one in Japan thinks real estate prices will go up substantially after a 27-year bear market.

The dream is already dead there.

But by this chart, net demand is already accelerating down again and prices could drop 80 percent from the top, or another 15 percent by 2033.

How dead do you think real estate will be as an investment by then?

Next time, I’ll look at the bubble and net demand in the U.S. The good news: It’s not nearly as bad as Japan. The bad news: Trends from the first bubble peak in 2006 will be down for at least 33 years.

SEE ALSO  10 ways to prevent a family dispute over inheritance

Yes, our home ownership dream will die as well.