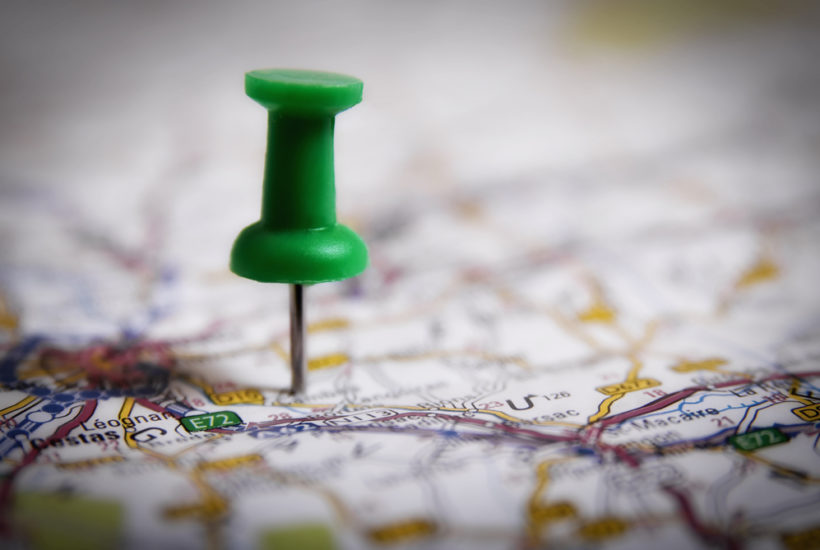 Here’s how to answer the question of where to go (or not to go) before you make plans.

“There is no officially maintained list of off-limits locations,” says Ben Joelson, a director at the Chertoff Group, a security services company. If you’re worried about security, you have to do your homework.

“Find out everything about your destination before you go,” says Steve Kardian, an FBI defense tactics instructor and author of the book “The New Superpower for Women: Trust Your Intuition, Predict Dangerous Situations, and Defend Yourself from the Unthinkable.”

“It is easy to get lost in new scenery and not pay as much attention as usual,” Robic says. “But it’s important to always stay abreast of your surroundings while traveling. While it’s tempting to disconnect while enjoying a vacation, pay attention to the news and the weather so you’re not caught off guard in a dangerous situation. Trust your gut. If something feels wrong, follow your instincts and alter your plans accordingly.”

Kardian and other security experts say any list of dangerous places should start with the State Department’s Travel Advisories. You can filter the warnings by level — 1 to 4, with “Level 4: Do Not Travel” being the highest. Afghanistan, Libya, North Korea, and Yemen are among the countries that rate a “Do Not Travel” warning, according to the government. The reasons include crime, terrorism, civil unrest and armed conflict for Afghanistan and terrorism, civil unrest, health risks and armed conflict for Yemen.

Reality check: It’s unlikely anyone reading this story would plan a vacation in Afghanistan or Libya. The State Department list becomes far more useful when you review the Level 2 and 3 countries. For example, Honduras and Turkey rate a Level 3, and the Bahamas and Germany rate a Level 2. Experts say cross-checking the countries with Canada’s Travel Advice and Advisories and Britain’s Foreign Travel Advice will give you an excellent idea of which places to avoid.

SEE ALSO  Canceling your travel insurance policy? Yes, it can be done

“For all travel, especially in less well-known but dangerous cities around the world, there are numerous risks to consider, ranging from infectious diseases to highly unstable governments or crime,” says Bill Rigler, a spokesman for GeoSure, a smartphone app that generates a real-time safety score for nearly every major city and thousands of neighborhoods.

For example, Tegucigalpa, Honduras, ranked highly in the “theft and physical harm” category when I checked the site recently. GeoSure gave the city an overall score of 80 out of 100, with 100 being the most dangerous. Port-au-Prince, Haiti, which is prone to theft and political instability, rated a 77; San Salvador, 78; Manila, 74; and Brazil’s Sao Paulo and Rio de Janeiro, 66 and 76, respectively. GeoSure’s scores can fluctuate as threats appear and disappear.

Bruce McIndoe, founder, and president of WorldAware, a risk management and global assistance firm for businesses, says travelers tend to focus on the wrong things when they assess travel risks. Many worry about terrorism or violent crime when there are far more likely risks.

“The most common dangers that travelers face are accidents, health issues, and nonviolent crime,” McIndoe says. “Road safety is a big issue for travelers — this is both being in a vehicle and as a pedestrian. Car accidents and being struck by a vehicle are the most prevalent incidents when people get hurt or are killed.”

No-go lists are personal, too. A dangerous place for you might be fine for me — and vice versa. I asked travelers to share their thoughts on countries to avoid, and their answers were all over the map. David Pearlman, a travel agent from Fort Lauderdale, Fla., wasn’t impressed with Egypt, a Level 3 country because of a heightened risk of terrorism. He recommends using a tour operator to stay out of trouble.

Thomas Snitch, the director of federal relations at Bowling Green State University in Ohio, avoids the area of western Mozambique that borders Kruger National Park in South Africa. “It’s the push-off point for many poachers entering the park from Mozambique,” he explains. “There are a lot of bad people in this area, and there are very few animals to see.”

Pete Sisco, a weight training consultant in Ennis, Ireland, says it’s not just where you go but also what you do when you’re there. “If you want to avoid 90 percent of your risk,” he says, “stay out of nightclubs after midnight.”

I have a shortlist of places I avoid, too. It includes a few places where I felt unsafe (such as Kenya during the last election and New Orleans during spring break) and any country with a 3 or 4 rating on the State Department list. My travel experiences line up with the expert advice: No matter how safe a destination may seem, you still have to do your homework.