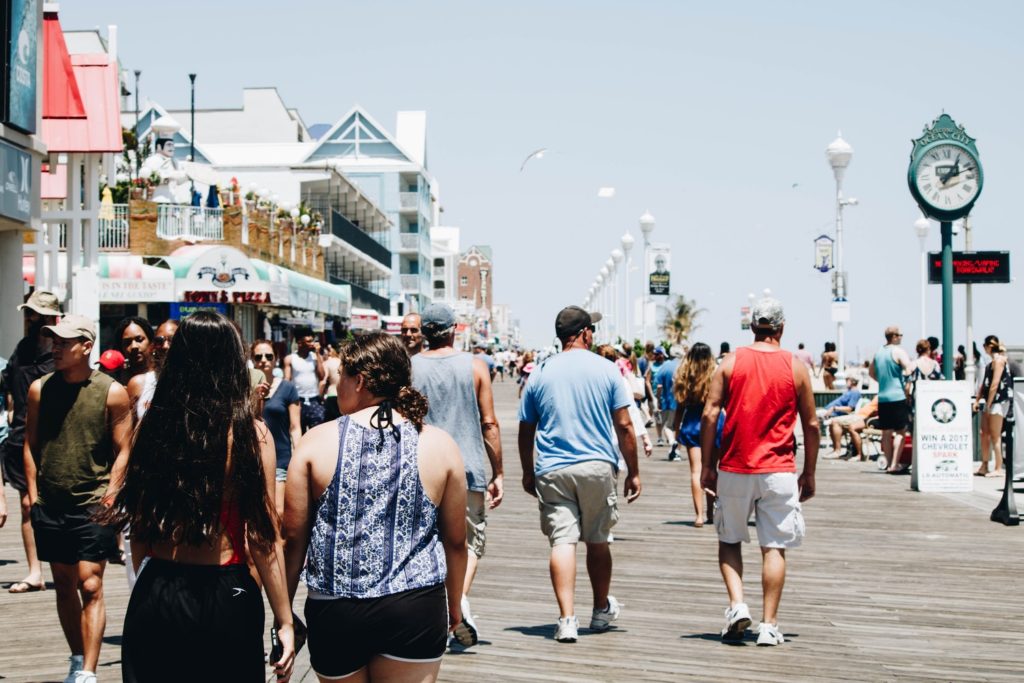 Karin Kemp thought she’d done everything she could to not look like a tourist in Belgium. She wore muted clothes, learned helpful phrases in French and Flemish, and did her best to blend in. Still, Americans would stop her on the street to ask for directions.

“I finally asked one how he knew I was an American,” says Kemp, a retired graphic designer from Matthews, North Carolina. “He pointed to my shoes.”

She was wearing white sneakers. Gotcha!

You should be concerned about fitting in, even if you’re an artist like Kemp. Standing out while you’re visiting another place can make life uncomfortable—and it could even cost you yours. This summer, four visitors cycling in Tajikistan were targeted and killed by terrorists. The U.S. State Department is continuously warning Americans about travel abroad, sometimes advising them to stay away from touristy areas.

So how do you not look like a tourist, even if you are one? It’s a combination of wearing the right clothes, visiting the right places, and behaving in an un-touristy way, say experts.

It’s what you wear

“Nothing identifies you more like a tourist and an American as white Nike sneakers,” says Kemp. “The blue jeans and sneakers went in the closet.”

Sometimes, blending in means staying away from clothes marketed to travelers.

Cameras are also a dead giveaway.

“If you enjoy photography, I would suggest using a bag for your camera that doesn’t immediately look like a camera bag,” says Wayne Goodwin, a world traveler who founded Evolve Travel Goods, a travel gear company.

But make sure it’s the right bag.

“Having a backpack or fanny pack are also dead giveaways that you don’t fit in,” says Glen Loveland, a human resources manager who lives in Beijing.

Bottom line: If you want to blend in, you have to look the part. You don’t have to look like a local, but avoiding bright clothes, glittery jewelry and high-end electronics can make you less of a target.

It’s where you go

Paula Miller, a retired teacher who lives in Kitty Hawk, North Carolina, watches the ebb and flow of tourists in her town.

“It’s pretty easy to figure out if they are tourists,” she says. “From the erratic driving patterns to the entire family visiting the grocery store. Most of our visitors rent houses near the beach, so they are often stocking up at the grocery store and trailing each other around the aisles. We have one main road, and people often make sudden braking moves or turn without signaling.”

Sometimes, tourists flock to dangerous places. For example, the State Department warns that visitors to Turkey should “stay alert” in locations frequented by Westerners, particularly at popular tourist locations in Istanbul. The reason is simple: For the bad guys, tourist attractions are a target-rich opportunity.

And sometimes, tourists don’t even know why they’re there. Seriously. At Walden Pond, some visitors don’t see what the big deal is, according to Corinne Smith, who works at the gift shop and has authored several books on Henry David Thoreau.

“Don’t come in and say, ‘I don’t remember—why is this place important?'” she says. “Know at least a little when you come.”

It’s how you act

The final way to not look like a tourist is to not act like one. And as you can imagine, I could write an entire book on this subject.

The list of annoying tourist behaviors is long. When I lived in Orlando, we could always tell the tourists by their vehicles. They drove overpacked minivans that occasionally veered off I-4 because Dad was driving all night to get to Disney World. Oh, and the out-of-state plates, of course.

“They neither particularly understand much of the depth of the peoples and cultures of the countries they are visiting,” he says. “Nor do they have an appreciation of the languages and subtleties of the cultures.”

But there’s hope if you’re trying to not look like a tourist. You can study local customs before you go and make an effort to learn about the place you’re visiting. You can take a few minutes to pack the right clothes—and plan the right itinerary. Who knows, you might have a better trip? 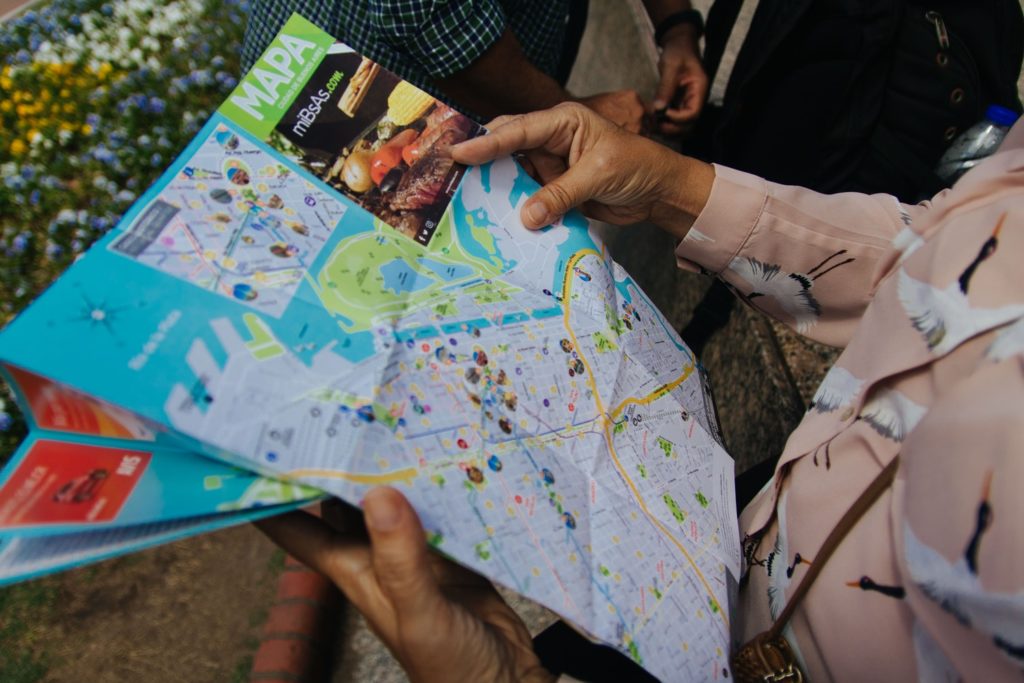 Don’t walk around with a giant map in your hands. (Source)

More insider tips on how to not look like a tourist

• Think of it as a game. At least that’s how behavioral strategist Ron Evans describes the art of blending in. “How closely can I mimic surrounding behavior to fit in without notice?” asks Evans, who runs a consulting firm called Group of Minds. “I consider it a fascinating game.”

• No maps! That’s the advice of Alexa Amador, a digital marketer for a health services company in Sugar Land, Tex., who frequently visits Europe. “Don’t walk around with a giant map in your hands,” she says. “Oh boy, everyone can tell when someone is very lost, pacing back and forth, unfolding and refolding the map, and are on the verge of panicking.” Instead, keep the map on your phone—and stay cool.

• Slow down. Tourists try to do everything in a day. If you stop running, you won’t stand out. “Just be still for a while—at a café table, on the perimeter of a tourist site, on the bench by the river,” advises Debra Ruzbasan, a sales manager for Ed-Ventures, a tour operator. “You will blend in. You will also be less of a target for pickpockets and other nuisances.”