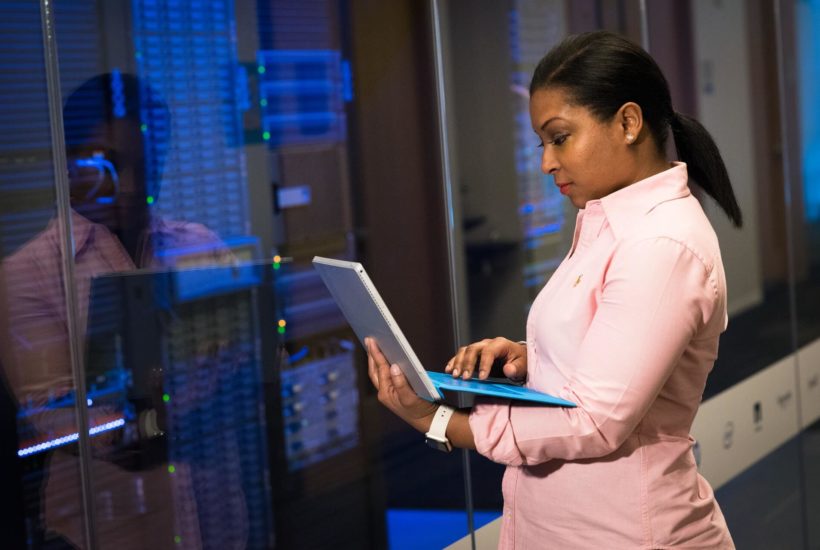 The tech industry is ruled by males. Silicon Valley tech startups more closely resemble frat houses for nerds who were never accepted back in college instead of the traditional businesses of the last generation.

Emily Chang exposed the misogyny that is rampant throughout the tech industry in her 2018 book, Brotopia. She pulled back the curtain on the boy’s club behind tech startups and showed a frightening truth. It came as a shock to many outside of the industry and few knew what to do about it. Heather Cabot, however, has been fighting for gender balance in tech for years. Her book, Geek Girl Rising: The Sisterhood Shaking Up Tech, lays out some actionable steps towards getting a high-heeled foot in the door.

1. Stop trying to be perfect.

Cabot studies women entrepreneurs in the tech industry, or lack thereof. She found a common theme among successful, female CEOs and founders in tech was a hesitation to get started because they believed they weren’t ready. Cabot says women are raised believing they must be perfect to succeed, while men have more of a “fake it ‘til you make it” mentality.

All of the top female tech CEOs have failed. The only reason these women are at the top today is that they dove in without being 100 percent perfect, and sometimes that led to failure. But they learned from it and grew. Women need to break from the idea of perfection and start where they are, knowing it is a growing and learning process.

2. Believe your ideas are worthy.

Cabot says any good startup revolves around solving an issue or making something easier for consumers. Women weren’t pursuing their tech startup ideas because they believed the ideas weren’t worth pursuing, especially when it came to ideas solving women’s issues. As a society, we ignore and dismiss female issues. If a problem doesn’t affect the male population, the issue is holds less urgency even though consumers’ gender is split right down the middle.

Cabot wants women in tech to believe in the worth of their ideas. If your startup idea solves a problem for you and everybody else you talk to, there’s probably some worth there.

3. Don’t be discouraged by a learning curve.

Cabot says, in tech, women often have a disadvantage. Men are more exposed to different kinds of technology growing up, from video games to computer science classes in school. Because of gender bias, women may go into the industry with less experience under their belts.

If there is a learning curve, don’t be discouraged. It doesn’t mean you’re less intelligent or naturally gifted than the man you’re competing with. It just means you need to work harder or change your mindset.

In Marissa Orr’s book Lean Out she discusses how our male-centric way of approaching gender dynamics in the workplace is all together backward. Women are taught to act more like men to fit into and thrive in business, but Orr suggests we instead celebrate what women bring to the workplace. Studies show women are more collaborative and empathetic. This results in more innovation and healthier company culture.

If women lean away from the competitive environment men have created in the workplace and pursue collaboration, they will not only grow and learn faster but will also find help in areas they may be less experienced in.

Even though women are making waves in the tech world, there still will be sexism for as far as you can see. Cabot references CEO of the Muse Kathryn Minshew’s “stare and steer” technique. Minshew tells women in tech or any male-dominated industry that when dealing with a male (most of the time older) investor or cohort, you will sometimes be met with resistance. Older men don’t take kindly to being told what is best by a younger female.

When this happens, she recommends staring them in the eyes and holding eye contact with a straight face for a second longer than is socially acceptable. Then, divert the conversation to shut down any backlash. Of course, this only works when you need to assert dominance and should not be used in a collaborative setting.

The sisterhood of the tech industry is growing and if you want to join, it’s about time.