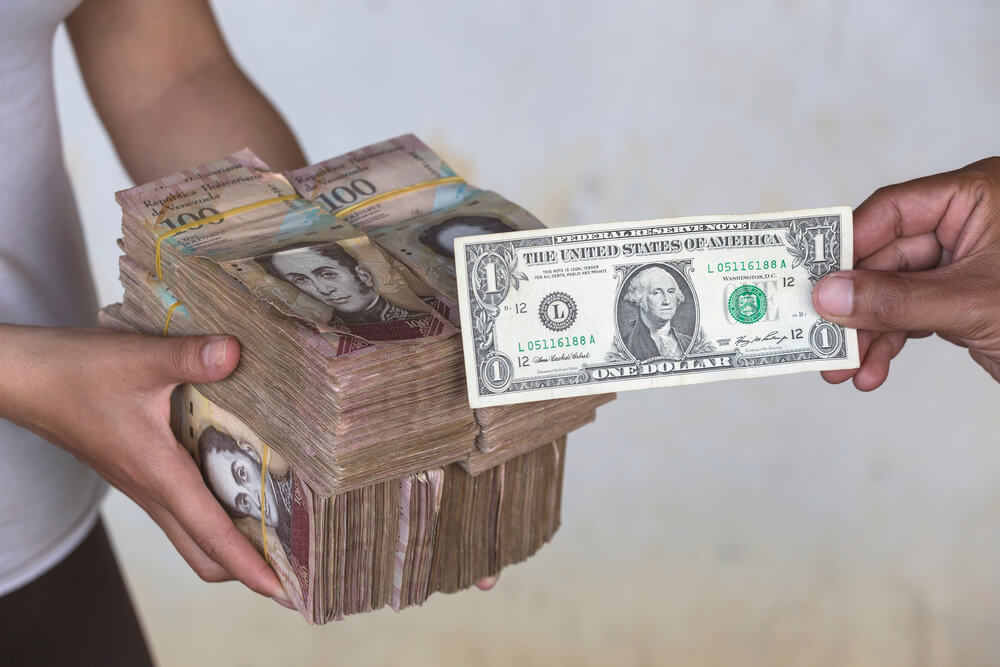 Two drones filled with explosives were recently deployed in a failed assassination attempt to take out Venezuelan President Nicolas Maduro. Chaos filled the streets as the military ran for their lives. But this sort of pandemonium is commonplace in Venezuela today: Where citizens have run out of basic necessities such as toilet paper and have begun eating their pets in order to stay alive. The mainstream Keynesian-brainwashed media doesn’t talk much about Venezuela or hyperinflation; perhaps because they are viscerally aware that the seeds of intractable inflation on a worldwide basis have already been sown by the global elites—and they don’t want to frighten you.

Venezuela is currently in the throes of hyperinflation on a massive scale. The communist-led government has mismanaged its economy into a fiscal catastrophe. Among other things, skilled farmers were thrown off their land and replaced by government apparatchiks that are untrained and incapable of producing enough food to feed the people. Oil production also waned due to mismanagement and corruption. To smooth over the government’s mounting debt, it printed massive amounts of money in response to rising budget deficits. The currency plummeted, and foreign denominated debts were defaulted on.

The International Monetary Fund is forecasting a 2,349 percent inflation rate for Venezuela this year. The Venezuelan people are starving and leaving the country in droves—the nation is a modern-day cautionary tale of what happens when fiat money dies.

And while Venezuela is the poster child of failing economies, there are other deteriorating economies around the globe that are not far behind. Turkey is another economy on the brink of a hyperinflationary death spiral.

Turkey’s lira has weakened over 40 percent against the dollar this year and is now near all-time lows. This is leaving Turkey in a no-way-out position as it attempts to repay debt denominated in non-domestic currencies like the dollar and the euro. Turkish banks and corporations have billions of dollars’ worth of foreign-currency debt coming due that they will find nearly impossible to service with the Turkish lira in freefall.

In addition to corporate debt, Turkey’s government depends heavily on short-term “hot money” to fund its current account deficit. This deficit has widened in recent years as President Erdogan, in a desperate bid to stay in power, garnered favor with stimulus measures including interest rate cuts, loan guarantees, infrastructure spending and tax breaks after the failed 2016 coup. And now we have US sanctions, which if fully enacted will ensure the Turkish economy’s baneful fate.

Perhaps even worse off than Turkey, we have Iran, whose economy is feeling the bite of US sanctions and is also in freefall.  Iran’s currency, the rial, has lost more than 80 percent of its value in the past 12 months. In addition to the US sanctions, Iran is also plagued with government profligacy and corruption. This economic chaos has also given way to social unrest. Like Venezuela, Iran is another country rich in oil; but has a government that hates free markets.

And another country worth watching now is South Africa; a country standing at the crossroads of economic stagnation and collapse. Like Zimbabwe in 2000, the government of South Africa is in the process of redistributing farmland from white landowners to black South Africans. Add to this tax hikes, record gasoline prices, stubbornly high unemployment; you have an economy that is showing signs of cracking.

Hyperinflations all share a similar pattern. They have four basics components in common: one, is a debt to GDP ratio that rises to the point that the market deems the nation to be insolvent; two, interest rates begin to spike out of control, which greatly increases the nation’s debt to GDP ratio; three, the central bank is forced to monetize all debt issuance in a vain attempt to cap the interest rate death spiral, and fourth, the end result is a complete currency collapse that occurs both internally and externally.

For Zimbabwe, the end result was the 2nd worst hyperinflation in the world’s history—the one in Hungary following WWII takes first prize. It is estimated that the inflation rate in Zimbabwe peaked at about 80 billion percent year-on-year in 2009.

That brings us to Japan. Japan is the fourth-largest economy in the world using purchasing power parity, and one wouldn’t automatically place it with the likes of Venezuela, Turkey, or Iran. But the truth is Japan is mired in multiple lost decades of economic stagnation. Their central bank now owns 85 percent of JGB’s and Japan is an insolvent nation with a quadrillion yen in debt. The Bank of Japan (BOJ) has now gone all in with this debt and has promised to make sure that interest rates never rise. In fact, the rate was pushed to zero percent even going out to ten years. 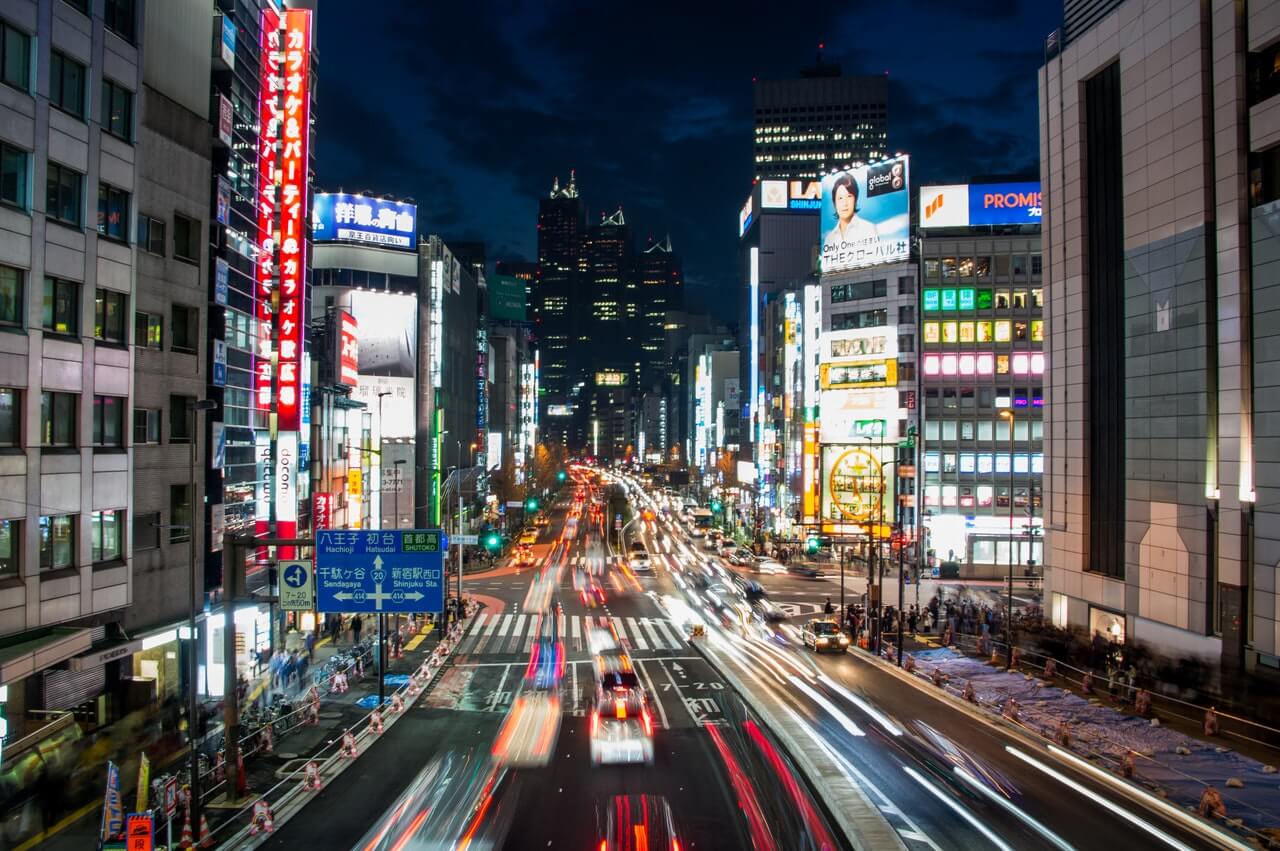 Japan is an economic superpower, but the country has faced decades of a stagnant economy. (Source)

Recently, the BOJ engaged in a brief experiment with its interest rate policy. Rates on the long end of the yield curve were allowed to rise just a few basis points in an effort to help out its banking system. The mere hint of this caused bond yields to immediately jump from 5 basis point, to over 10 basis points, which is over 100 percent due to the law of low numbers. This caused a panic in global markets and pushed the Nikkei Dow down 300 points in just one day.

This led Japan’s courageous leaders to, in that same one day, completely reverse course from their “experiment” with free markets. The Japanese government and central bank have now admitted that interest rates can never be based on market values and they will print money to infinity to make sure zero percent interest rates are a perpetual reality. Allowing the Ten-year Note to stray far away from offering investors zero yield would quickly collapse the stock market and the economy.

Once a government admits that it needs to continually print money in order to pay back its debts, the currency begins to become virtually worthless and the journey down runaway inflation has begun.

However, hyperinflation has not yet happened in Japan; not even its lesser cousin intractable inflation has occurred. In fact, the Japanese CPI can’t seem to reach one percent. This is because unlike hyperinflations of the past, Japan is a major global economy and therefore has a reserve currency. And, the nation suffers from decades of deflation. That mindset of perpetually falling prices has been brutally inculcated into consumers. Hence, the third ingredient to create hyperinflation—a complete currency collapse—is much more difficult to produce in Japan.

It is simply much easier for a small banana republic to have both an external and internal currency crisis than it is for substantial global power that enjoys a reserve currency status.

Furthermore, at this juncture the Japanese yen isn’t that much different than the rest of developed world’s currencies; in that they all have interest rates far below historical averages and their central banks have massive balance sheets that have yet to be unwound.

The amoebae with the highest IQ on this front is the United States. The Fed is draining its balance sheet—albeit from very high levels–and the yen is falling against the dollar. Still, an all-out collapse of the yen, with its typical millions or billions annual inflation rate, is probably not in store. However, that doesn’t mean Japan is completely out of the inflation woods.

A brief look back in history will show that the Roman Empire was at least partially destroyed by intractable inflation (inflation rates in the thousands of percent per annum). Inflation did not go hyper because a complete external currency collapse was improbable given that there was not a sophisticated real-time currency trading market in place with foreign nations. And yet, there was still a destabilizing breakout of inflation internally.  This is because the government was systematically attenuating the percentage of gold, silver and brass in its coins.

The point is that we should soon see rapid inflation globally the likes of which we have not seen since the Roman Empire circa 275AD. This is because the governments of the developed world, including Europe, Japan and the US, will soon have to admit that their future solvency depends upon interest rates that can never normalize and debts that will be forever monetized.  In other words, expect an internal inflation crisis to wipe out much of the purchasing power of all fiat currencies due to global central banks’ response to the imminent bursting of the current global financial bubble.

Inflation occurs when a currency is diluted to the point when the market loses confidence in its purchasing power. Unfortunately for the world’s middle classes, that is exactly where we are headed in the wake of the next global financial crisis.