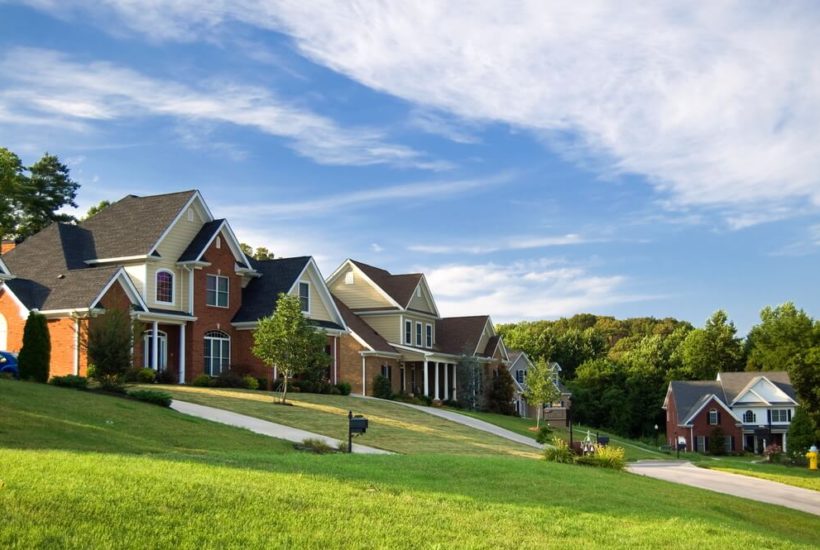 A new Reuters poll of economists and housing analysts shows that as of mid-February, though they feel the Federal Reserve holding rates steady is the biggest factor that could help sales rise more rapidly, that perspective was already part of earlier expectations.

Overall, predictions are that housing prices in the U.S. “will rise four percent this year, slowing to rises of around three percent in the following two years.” That echoes results from November 2018 but, despite the Fed now indicating that interest rates may, in fact, remain steady, no one seems to be expecting any improvement.

One “property economist” at Capital Economics stated that “even if rates fall back that’s just reflecting that the economy is slowing down.” Having reached a 7.5 year high in 2018, 30-year mortgage rates have declined and are expected to stay below  five percent over the next three years. A big problem is that, despite the economy recovering its losses from the recession over a decade, builders are not built “affordable single-family” homes in a quantity that meets the demand. Their focus on upper-income housing has left the actual market behind to some degree.

At the same time, the “S&P/Case Shiller composite index of U.S. home prices in 20 metropolitan areas” reveals that “average prices have declined on a monthly basis for eight months in a row.” A senior economist at BMO Capital Markets maintains that the decline in mortgage rates will lead to a “near-term boost in sales” but that the “longer-term trend is towards stability.” Oddly enough, there seems to be a difference in perspective largely revolving around whether or not the economy is slowing down which is affecting the housing market or vice versa.

Over at Seeking Alpha, one analyst took monthly data from Zillow and came to the conclusion that the “residential real estate market in the U.S. peaked in March 2018.” Looking at overall sales he found that existing home sales dropped 7 percent nationally between March and November. There was a bit of an upsurge at the end of the year in the New York/New Jersey region but otherwise major markets in California and Texas continued to decline while Florida declined then stabilized. Just as the Reuters poll respondents noted that more affordable new houses are not being built in a number to meet current demands, this analyst says that a “relative decrease in the supply of affordable [existing] homes is behind the change.”

SEE ALSO  Interested in growing your startup? How to choose between business accelerators and business incubators

The problem with new homes goes beyond builders focusing on the higher end of the market. A recent report from the U.S. Commerce Department revealed that in December housing starts dropped to their lowest low in over two years. In addition, housing starts dropped 10.2 percent over the last year. So not only are builders focused on the wrong sector of the market, they have been building fewer houses for quite a while.

At the same time, both new housing prices have continued to rise and, until the end of the year, mortgage rates continued to climb. Though some economists expect the pullback in mortgage rates to lead to more optimism, new housing builds and overall sales, they do not seem to be mentioning the broad range of indicators that the overall economy is slowing visibly to anyone who spends a few minutes looking at recent business news. The same can be said for a quick perusal of luxury housing markets around the world.

Given that the Chinese economy is currently showing signs of an even bigger slowdown ahead, that means the luxury market in the U.S. will continue to see selloffs by Chinese investors. Though said to represent only a “fraction of the activity in any major U.S. city,” their previous interest in expensive, high-profile properties were a boost to the luxury housing market. But even that level of activity was possible only because the Chinese government loosened the reins. Now that process is being reversed and there is no reason to expect anything other than more sales of Chinese-owned U.S. properties in 2019.

It should be noted that the Chinese exit is not the biggest problem but one of many. There seems little question that global economies are slowing across the board. The most hopeful signs one now reads in financial news point to brief rebounds of the stock market contrasted with assurances that only a slowdown is ahead.

However, recent gains in U.S. stock markets have led European analysts to describe U.S. investors as “stoned on free money” like “pedestrians stepping into traffic.” Assuming a slowdown is inevitable, it seems unlikely that new housing starts will rise in 2019 or that homeowners in existing housing will be moving to new higher priced accommodations. With the luxury housing market overserved and pulling back and the lower-priced housing market underserved yet facing rising prices, one has to wonder if a slowdown is the optimistic side of the coin.