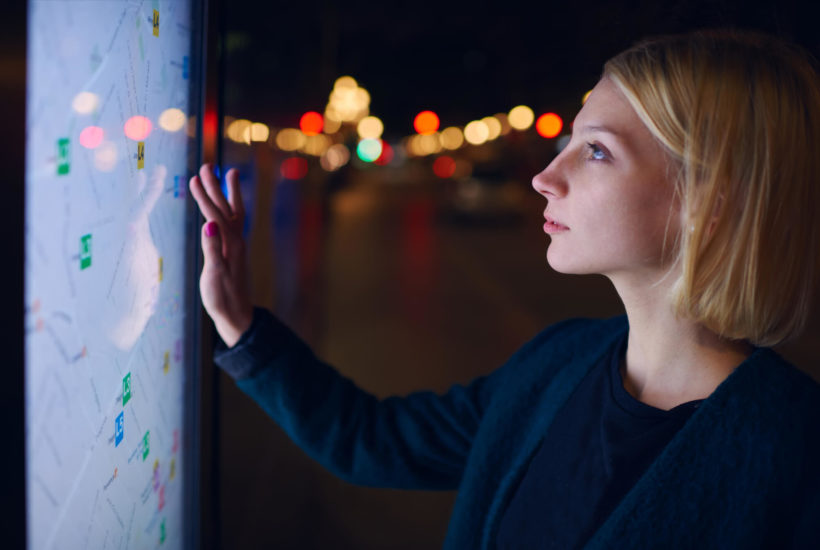 Changes are occurring at warp speed. It’s extremely difficult for busy individuals to stay abreast of what is happening in every area of business. But, it is important to know about government changes because lifestyles and business practices are being impacted in significant ways.

Companies that sell to the government must remain conversant and understand evolving changes. They should work hard to stay relevant and watch the trends because public officials expect nothing less from them.

One of the hottest and least understood topics today revolves around the smart city movement. This important trend is transforming how cities will function in the future. While there’s not a lot of information about what is happening locally throughout the U.S., there is data related to commonality in the type of projects that are being launched.

In some municipalities, government leaders are relying on ‘Directors of Innovation’ to lead smart city initiatives. But, the majority of municipal organizations do not have that luxury. Smaller cities and communities are resource-constrained. They lack the manpower to keep citizens and the public well-informed about planned changes and pilot projects that are being tested.

In ideal situations, cities are soliciting citizen input, working with other public- or private-sector partners to address community needs, and keeping the media well-informed. However, that’s not necessarily the norm. The most common denominator is that all smart city initiatives are tied to similar goals – economic development, sustainability, renewable energy, transportation, disaster mitigation, the digital divide, and efficient citizen services.

Companies interested in selling to government need to know as much as possible about smart city initiatives, so it seems appropriate to try to demystify the smart city trend. And, in so doing, perhaps the following information will also be helpful to taxpayers and citizens whose lives will be impacted.

The city of San Leandro, California, is in the midst of transforming from an industrial center into a tech hub focusing on the Internet of Things (IoT). The IoT technology links information sources, gathers huge amounts of data, and assists with analysis of the integrated data collection for all types of planning and delivery of services. California’s utility company PG&E is working with the city in this endeavor. Additionally, they are working on a smart energy pilot program to develop a distributed energy network that would be monitored by IoT sensors. The goal is to develop an energy system with enough capacity to receive and redistribute electricity to and from multiple energy sources.

In Santa Cruz, California, law enforcement authorities are analyzing historical crime data to predict police requirements and maximize police presence. The technology tools being used will generate a list of 10 places each day where property crimes are more likely to occur. Police efforts will then be placed in these regions.

When the smart city evolution began some years ago, there was lots of competition for federal funding. In one of the earliest competitions, the city of Columbus, Ohio, partnered with a private-sector utility to provide electric vehicle charging stations. The Columbus initiative was designed to complement the city’s efforts toward clean air and sustainability. Another objective was to gather information for locating future charging stations. That smart city competition was conducted by the U.S. Department of Transportation (USDOT), and Columbus was awarded $40 million as the winner. The city later also received an additional private-sector award of $10 million.

Since that time, other cities have also worked with private sector firms to launch similar initiatives tied to clean air and sustainability. Ridesharing, the purchase of electronic vehicle fleets, and the launch of autonomous vehicle projects have followed.

Funding assistance, because it is such a critical factor, is coming from various sources. Two bills, if passed by Congress this fall, will provide support for communities striving to become a smart city. The first is The Moving FIRST Act (S. 1939 /H.R. 3388) which would invest in “Smart Cities” of all sizes by offering annual grants for innovation in transportation and infrastructure. Another bill is the Smart Cities and Communities Act of 2019 (H.R. 2636), which authorizes $1.1 billion in federal support for technology initiatives over a five-year timeframe.

The Parsons Corporation is leading a current smart cities challenge titled  Transforming Intersections. The competitions designed to encourage more efficient operating traffic signals at intersections. Submissions will be accepted through next month. Another competition is hosted by the Foxconn Technology Group. It represents year two of a three-year Smart Cities – Smart Futures competition. New submission categories such as safety, energy sustainability, health care, agri-tech, and mobility have been added, and the submission deadline is October 20, 2019.

These competitions do not always select winners from large cities. In 2019, the city of Racine, Wisconsin won the Smart Cities Readiness Challenge. It was the smallest city to make the list of finalists. Racine will provide multimodal methods of transit, create intelligent intersections. It will also launch a comprehensive energy audit to lower its carbon footprint.

States also are stepping up to help, and some programs are designed to attract the attention of private-sector vendors. The Georgia Department of Transportation (GDOT) has announced a smart vehicle technology challenge in Forsyth County in November 2019 called “Talking Traffic Lights.” Private companies, in particular, are urged to get involved. GDOT wants to obtain data and learn how collaboration can help improve mobility and safety in the state’s transportation system. Companies selected to participate will compete for $75,000 and the opportunity to complete a pilot program with GDOT.

These are but a few types of smart city projects. Interested parties are urged to contact local government leaders for future plans. This trend will only get larger and swifter.