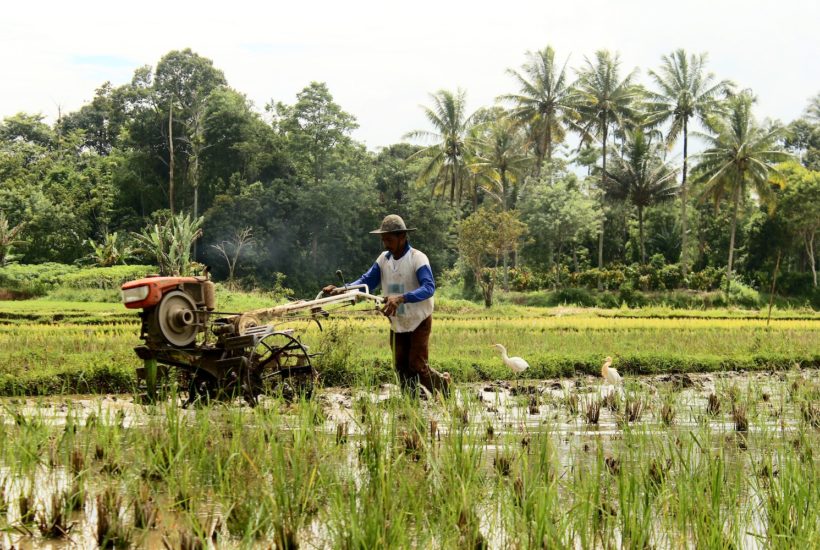 Spanish farmers and ranchers have found a new ally in their fight for fair prices in the countryside. Fiab, the Federation of Food and Drink Industries, which represents the interests of the almost 32,000 companies in the sector, has decided to take a step forward and defend itself by accusing supermarkets of the damaging the margins of n the rest of the supply chain.

As Mauricio García Quevedo, the employers’ general manager said: “We are on the side of the producers because our problems are the same as theirs.” The fact is that the food industry has been denouncing abusive practices for years, such as selling below cost in shops, unilaterally breaking contracts or copying products for further development under private labels.

García Quevedo explained that “Like them, we also have to face strong pressure on pricing from distribution, we are suffering the consequences of the tariffs imposed by Donald Trump’s government and the increase in costs following the rise, for example, that of the minimum wage.”

Although they have not been exempt from criticism, by the primary sector as well, the industry recalls that the structure of the sector is mostly composed of SMEs. In fact, according to data from the Ministry of Agriculture, 96.5% of companies have fewer than 50 employees. But the fact is that 79.8% do not even have ten employees. García Quevedo does not hide his concern about the increase in labor costs, which could lead to a very complicated situation for the sector in many areas of Spain, causing a loss of competitiveness.

Keep up to date with the breaking business news from around the world and across the spectrum of the Born2Invest mobile app.

All this takes place in a particularly complicated environment, with distribution squeezing the margins for years in a price war that seems to have no end. Among other things, the sector is calling for an improvement in the Food Chain Law, and a clear ban on the sale at a loss by large distribution chains. In 2017 the European Court of Justice overturned the Spanish legislation on the grounds that it established a general ban and was therefore not in line with Community law.

In 2005 the European directive had established, in a clear and precise manner, what the unfair practices in commercial relations are, and therefore, they can be banned in a generalized way without the need for a prior investigation.

The basic problem is that this list, with a total of 31 irregular practices, at no time included sales below cost, which have been prohibited in Spain since 1996 by the Retail Trade Act in general, with two exceptions: when dealing with perishable products that are close to their expiry date or when trying to bring prices closer to those of other competitors.

The ruling by the Luxembourg Court left Spanish regulations in the air until the end of 2018 when the government approved a decree-law which, as the general director of the food employers’ as association explained, “prohibited sales below cost but left the final decision to the judges” interpretation. Fiab is, therefore, calling for “the steps to be taken by France, which has a much clearer regulation and which has never been questioned by Europe.”

The food sector represents 3% of the Spanish Gross Domestic Product (GDP), and 16% of the total industry. With small businesses in almost every town, Fiab reminds us that the industry transforms 70% of raw materials and is vital in the fight against depopulation, local development, and the structuring of the territory.

The Government has committed itself on Monday, February 3d, to reform the Food Chain Act in 2020 and to include a study and debate on the practice of selling at a loss below production costs in the draft, which is one of the main claims of the agri-food sector.

Last Monday, the Minister of Agriculture, Fisheries and Food, Luis Planas, showed his willingness to carry out improvements in the Food Chain Law after holding the first meeting of the agricultural dialogue table with the organizations Asaja, COAG and UPA, created after the demonstrations of recent days.

In this sense, the Agriculture Minister acknowledged that one of the challenges of the reform is to “include unfair competition practices” and “avoid selling at a loss.” Thus, he hopes that the draft can reach Congress during the course of this year. Along with this commitment to modify the current Law on the Chain, Planas also presented a package of proposals that includes revising the Law on Interprofessional Organizations or trying to increase the provision for agricultural insurance in the next General State Budget.

The aim of the amendment will be to adapt the rules to the EU directive and give a “more significant role to each of the links in the chain,” which will include all the figures relating to unfair competition practices recorded in the EU law, the portfolio holder explained at a press conference.