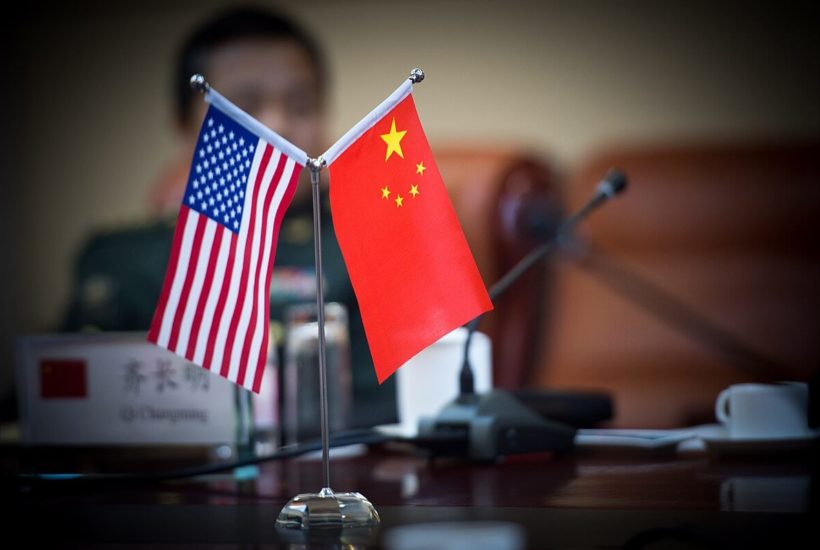 The United States raised tariffs from 10 percent to 25 percent on $200 billion worth of imported goods from China last May 10. The tariffs were imposed despite the ongoing negotiations between Chinese Vice Premier Liu He and U.S. Trade Representative Robert Lighthizer and other concerned officials from both nations.

The latest move from the Trump administration has exacerbated the widespread fears about market instability. The S&P 500 continued its decline this week, with the benchmark index dropping 2.5 percent. The new development may send it to its worst weekly performance early into 2019. This does not bode well for the U.S. since stocks, in general, just came from a five-days consecutive decline in March.

As fears shroud the market, analysts are out with their recommendations on what stocks or market segments are most likely to stay resilient amid the escalating US-China trade war.

Goldman said services-providing companies, such as Amazon, Google, and Microsoft, rely less on imported goods that are subject to the raised tariffs. The strategy team at the firm said the services stocks should outperform. Other stocks that belong in this basket are Facebook, Disney, Home Depot, AT&T, McDonald’s, as well as Netflix, Comcast, and Wells Fargo. The firm expects for these stocks to experience 9 percent growth in sales and seven percent growth in earnings within 2019.

Goods-producing companies, meanwhile, include Apple, Johnson & Johnson, and Exxon Mobile. In the case of Apple, for example, the majority in its supply chain is based in China. Others in this basket are Procter & Gamble, Intel, Chevron, Coca-Cola, and Boeing, as well as PepsiCo, Broadcom, Honeywell, and Nvidia.

While Goldman has in some way recommended a roster of stocks to buy as the trade war persists, other analysts were vocal about the one company they believe will thrive.

For RBC, Atkore International is cleared of any tariff trouble. UBS bet for American Electric Power & Entergy as the firm believes power and utility stocks can perform amid trade tension.

For Citi, Avery Dennison & Crown Holdings is the best bet as Packagers are less exposed to China than say Paper products. Citi is not also keen in betting with stocks under Basic Materials segment, as well as those under Chemicals and Metals & Mining.

Suntrust believes tariff would not impact ceramic tiles since multiple other countries can supply the product. It, therefore, bets on Mohawk Industries. Jefferies is placing its bet on Brunswick Corporation.

How to choose stocks

One important takeaway for investors is that tariffs are imposed on products imported into the country. This means that the hefty cost – tariffs on top of logistics and operational costs – are all shouldered by the company that is importing or bringing the goods inside the country. Importers are most likely to pass these expenses to customers. In doing so, these companies risk losing the market because consumers may look for cheaper alternatives.

SEE ALSO  Has the UK’s support for shale gas weakened?

Basically, investors should avoid buying stocks of American companies that bring in Chinese goods into the U.S. or those with manufacturing plants in China and into some effect end up “importing” these products to the country.

Other significant factors to look into are where the big chunk of sales of the company is coming from and where is its core market.

Let us take the case of Apple. Goldman Sachs categorized Apple under the goods-producing companies that the firm said are likely to bear the brunt of the trade war. Indeed, the decline had actually happened to Apple and the tech giant has yet to recover.

Remember that in January, Tim Cook wrote to investors to let them know that the company reduced its guidance for fiscal 2019 first quarter due to an unexpected decline in sales of iPhone, particularly in mainland China which happens to be its core market.

On the other hand, Apple’s revenue outside of its iPhone business from Services and Wearables grew by almost 19 percent.