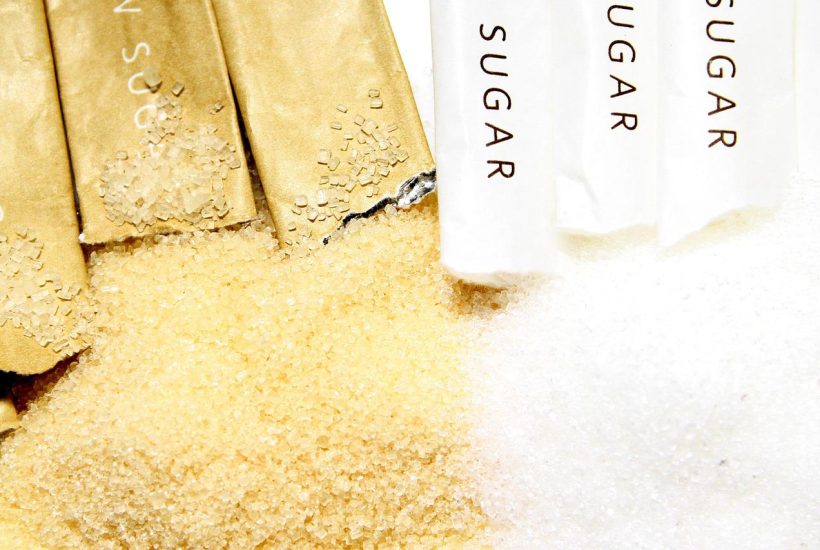 Wheat: Wheat markets traded sideways last week after a breakout attempt to higher prices failed  Demand needs to improve as export sales have not been strong for the last year despite weaker production for much of the world and the war in Ukraine that has held up shipments of Wheat from there and from Russia until recently.  That could be changing now as Russia has started to bomb export facilities in Ukraine in response to a Ukrainian initiative to start to take control of the southern parts of the country again.  Russia reports that it has produced a big crop and has reduced export taxes recently in an effort to get Wheat sales on the books.  Ukraine has taken advantage of the shipping corridor agreement with the UN and Russia and has been shipping Corn and Wheat.  Europe is too hot and dry and the US central and southern Great Plains have also been too hot and dry. Dry weather is affecting Indian production as well.

Corn:  Corn closed slightly lower last week as the US Dollar moved to new highs for the last 20 years and hurt demand ideas and as the US harvest starts to come closer to reality.  There are also increasing concerns about demand with the Chinese economic problems caused by the lockdowns creating the possibility of less demand as South America has much better crops this year to compete with the US for sales.  The Pro Farmer national Corn yield was estimated at 168.1 bushels per acre and this was considered very low.  Ending stocks estimates could be very tight for the coming year if the crop projections hold true.  Basis levels in the Midwest are strong amid light farm selling.  It is still very hot and dry in parts of China and there is increasing concern about Corn production there this year.  It has also been very hot and dry in Europe.  Oats also closed lower last week as the harvest in that market continues and as the US Dollar rallies against the Canadian Dollar.  Most of the Oats consumed in the US come from Canada.

Soybeans and Soybean Meal:  Soybeans and the products were higher on Friday but lowerfor the week ss the us Dollar moved to new 20 year highs and hurt demand ideas.  Production ideas remain strong after mostly good weather in August. The market is increasingly worried about demand as China continues to lock down. Demand has improved lately but no one knows how long this can last and ideas are that overall demand is behind last year.  Basis levels are still strong in the Midwest as demand has been improved. There are still renewed Chinese lockdowns and there are fears that China has been importing less as a result.  Shenzhen and Dalian have been closed this week. Brazil is still exporting Soybeans so the US demand could be weaker. Brazil is still selling Soybeans as well, but for now the Chinese appear to be buying here. There is still a chance for weaker demand for US Soybeans once the Chinese demand is satisfied.

Rice:  Rice was a little higher in range trading last week.  No one knows how export demand has been since USDA is still working on the computer system and cannot give weekly updates yet.  The Texas harvest is moving along to completion and yield reports have been variable as have been quality reports.  Some producers are getting done with harvesting in Texas as well as in southern Louisiana   Yield reports have been generally good in Louisiana and quality reports are generally good.  Crop conditions are mostly good to excellent for now in Arkansas and Mississippi.  Trends are sideways on the daily charts.

Palm Oil and Vegetable Oils: Palm Oil was lower last week on weaker outside markets and on ideas of increasing production against only weak export interest. MPOB data will be released this week and will help direct the next move for the futures market. Ideas are that supply and demand will be strong, but demand ideas are now weakening and the market will look to the private data for clues on demand and the direction of the futures market.  Canola was lower with the price action in Chicago. The Canola growing conditions are much improved with rains being reported in recent days but the rains are bringing some concerns about disease showing.

Cotton: Cotton was higher last week and trends are trying to turn up in this market but so far the trends remain sideways.  The trade is still worried about demand moving forward due to recession fears and Chinese lockdowns but is also worried about total US production potential. The USDA crop condition rating were a little lower again this week with the biggest problems still found in Texas. Conditions in Georgia and the rest of the Southeast and Delta appear to be mostly good to excellent. The Chinese had been reopening the economy and country lately as Covid faded, but some reports of a new variant found there could shut the country down again in the near term. The quarantine is one week now instead of one month as before. The cities of Shanghai, Shenzhen, and Wuhan are all subject to lockdowns of one type or another. It is possible that the continued Chinese lockdowns will continue to hurt demand for imported Cotton for that country and that a weaker economy in the west will hurt demand from the rest of the world. Current weather forecasts call for hot and dry conditions for much of the Great Plains including west Texas Cotton area.

Frozen Concentrated Orange Juice and Citrus: FCOJ was lower last week and gave back much of the early week rally as some long liquidation hit the pit.  A stronger US Dollar on Thursday kept the selling pressure on and the market needed a correction from the big up move seen in recent days, anyway.  The weather remains generally good for production around the world for the next crop.  Brazil has some rain and conditions are rated good.  Weather conditions in Florida are rated mostly good for the crops with some showers and warm temperatures.  It has been dry in Brazil.  Mexican areas are showing mixed trends, with dry weather in some northern areas but better weather to the south.

Coffee: Both markets were lower last week as the US Dollar surged to the highest level in the last 20 years. Trends are mixed on the daily charts in both markets and the rally should hold together longer term. Futures have come close to objectives for the move higher for the short term. There is concern that Brazil will produce less Coffee this year due to very dry conditions after early rains led to premature flowering. The forecasts call for some light and isolated to scattered showers in the region part of next week.  Vietnam has also been dry and wire reports from there indicate that production losses are likely.  Demand for Coffee overall is thought to be less but the cash market remains strong. There is less Coffee on offer from origin, with Brazil offering less and Central America and Vietnam offering less as well.  The weather in Brazil is good for Coffee production and any harvest activities. Temperatures are above normal in Brazil and conditions are mostly dry. The dry weather is raising some concerns about the next crop potential but it is normally dry at this time of year.

Sugar: New York and London were higher on Friday as the market asks for Sugar. The trend turned up in London again as the need for White Sugar is strong. Trends are still mixed in New York due to Brazil selling. The New York market is worried that the lack of clarity about ethanol demand in Brazil will force mills down there to produce more Sugar for export. The London market had been looking for increased supplies from the origin and now is more worried about demand after recent price strength.  Trends are sideways in both markets. Brazil is reported to have a big crop of Sugarcane coming and as it is harvesting its crop of Sugarcane and turning much of it into Ethanol but is still making some Sugar and some of that Sugar is making it into export channels. The production mix could change in the short term to include more Sugar. Indian exporters are waiting for the government to announce its export policy for the coming year, but some have already signed contracts to sell 300,000 tons into the world market due to advantageous market conditions.

Cocoa: New York and London were lower with the US Dollar surging to new 20-year highs. Trends are turning up in London but are mixed in New York. Supplies of Cocoa are as large as they will be now for the rest of the marketing year. Reports of scattered showers along with very good soil moisture from showers keep big production ideas alive in Ivory Coast.  Ideas are still that good production is expected from West Africa for the year. The weather is good for harvest activities in West Africa but the harvest should be winding down now. The weather is good in Southeast Asia.

(Featured image by feelphotoz via Pixabay)