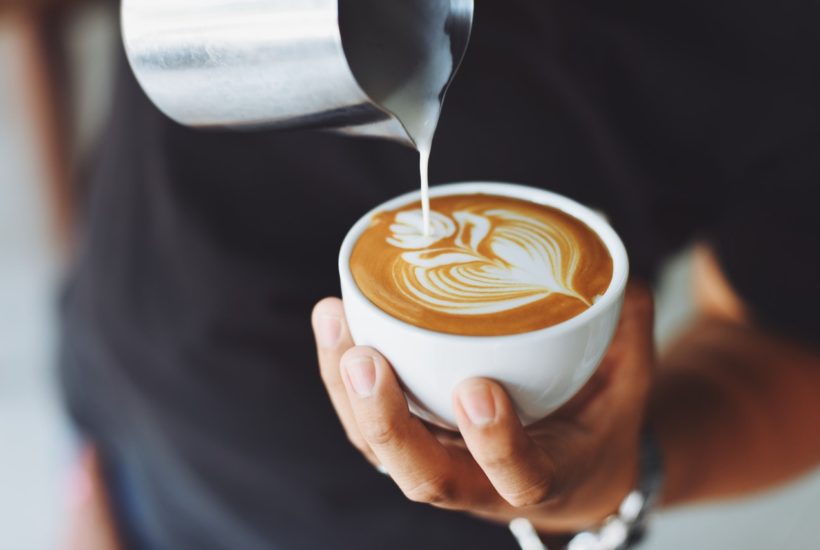 Coffee spread from the arid plateaus of Ethiopia to the isolated shores of Iceland in just a few hundred years; but after conquering the world, this enterprising bean only continued to spread, putting down roots into our societies. Having fostered business, fed revolutions and pushed back the boundaries of our eternal fight against sleep, coffee is synonymous with effort and innovation. One innovative company, Rritual, aims to add wellness to that list; as they have created mushroom adaptogen elixirs to help make coffee a tool to combat the woes of modern life.

From humble beginnings, coffee mushroomed to every corner of the globe

Folk tales from the hills of Ethiopia will have you believe that a goatherd first identified the coffee bean’s miraculous effect when, after feasting upon them, his goats refused to sleep all night. More likely it was discovered by foragers seeking one more edible plant to help them survive. But by the 15th century, enough people had figured out that they could enhance its potency by boiling the beans in water that the brew made its way to the Turks of the Ottoman empire.

Finding a unique niche as a convivial beverage not forbidden by the precepts of Islam (which banned coffee’s nemesis, alcohol), coffee became a huge hit in the streets of Istanbul. Through trade, the surprisingly potent beverage percolated through Europe, arriving first at ports such as Venice, Malta, or London and soon conquering even remote outposts of civilization like Iceland. While coffee certainly enjoyed increasing popularity, it also found itself critiqued by many religious and political authorities for its potent effects on human physiology and psychology.

Despite all their best efforts, the coffee bean, and more importantly, beverage, became a staple of European, then colonial, life and helped shape the changes arising in the world.

Starting with its first adoption in the Arabian Peninsula, coffee quickly became a drink for the intellectual, and coffee houses became meeting places for discussion, debate and learning. Whether the tradition was passed on through trade to Europe — or the drink’s powerful stimulant effects caused such individuals to naturally gravitate towards coffee houses — these quickly brewed into centers of innovation, culture, and even revolution.

Popping up like mushrooms after a storm in commerce hubs such as Venice or London, coffee houses became a meeting point for ship captains, merchants and investors. They have been accredited with fostering a number of key innovations in the world of commerce and business. In fact, Lloyds of London, the very first insurers, were born out of a collaboration of coffee drinkers at a coffee house of the same name. The London Stock Exchange evolved from a project at another: Jonathan’s coffee helped give birth to systems emblematic of modern finance.

Cultural and political innovators also found their place in coffee houses. Competing coffee houses in London hosted political dissidents from the major parties of the epoch and the literary and artistic Cafés of Paris housed creative geniuses from every walk of life. Cultural revolutions were not the only upheavals that began in coffee houses either. Political uprisings that altered the course of history in Europe and abroad often began with informal meetings and exchanges in coffeehouses. Perhaps why so many monarchs tried, unsuccessfully, to ban the beverage!

Clearly coffee was at the heart of changing our world from one of idleness (fueled by beer and wine!) to one of progress… and productivity. But all that productivity has also given rise to modern life’s darker side: stress and fatigue.

Dark side of the bean: modern life built on coffee has problems

When caffeine binds to adenosine receptors in your brain and helps stave off sleepiness, it is providing a service we often find essential in modern life. Indeed, much of our work culture and economy is based on our ability to perform well throughout the day, and sometimes late into the night. And while this can hardly all be placed at the feet of caffeine, like the revolutions of earlier centuries, coffee has had a facilitating role to play.

The sleepless hours and late nights combine with the many other pressures to modern life to produce a unique cocktail of problems. Stress builds up as we have little time to relax and enjoy simple pleasures of life (like a fine italian Marrochino) when trying to catch up with all the demands of our hectic schedules (and chugging a quick cup of joe to stay alert). Our immune systems falter under the pressure, especially when fighting against pollutants rampant in modern city life. A factor which has only exacerbated the Covid-19 pandemic that has now claimed so many lives.

As a result, we have difficulty concentrating, we have trouble focusing on what we need rather than the momentary distractions of the present. Coffee can even exacerbate this; when over consumed, it might make you jittery or jumpy, making you flit from one task to the next without helping you finish any.

In our attempt to solve all these problems we might turn back to coffee for more energy and time but, inevitably, find this unsustainable. Often we’re only left with the bitter taste of stress and an addiction to caffeine. Must we give it up then to live healthy lives? Innovators at Rritual have an alternative to offer: what if instead we were smarter about the way we drink our coffee?

While the coffee bean has come quite a ways from the highlands of Ethiopia, the Arabica or Indica beans used even in Starbucks’ most sophisticated brew remain fundamentally the same. We add sugar and sweetener syrups to help make it more palatable, or whipped cream or ice cubes to change the texture or heat. Hardly the kind of genuine innovation coffee once fostered.

SEE ALSO  5 online tools with a great return on investment

What if, instead, we added new ingredients to help our bodies fight against the everyday problems of modern life? What if coffee could be a tool to fight the stress, bolster our immune system and help us focus? These are the questions that inspired the team of health industry innovators at Rritual Superfoods Inc. After years of research, investment and product development they have developed a set of formulas designed to do just that.

Their signature ingredients might seem strange or unfamiliar for coffee drinkers: ever heard of medicinal mushrooms like Reishi, Lion’s Mane or Chaga? Familiar with adaptogens like Ashwagandha or Rhodiola? Yet these plants, like coffee several centuries ago, are creeping out of the obscurity of traditional medicine, and into the limelight of modern healthy living. Rritual’s all natural, plant-based ‘elixirs’ are designed to be a supplement to your own daily ritual: whether it be coffee… or even *gasp* tea.

Adaptogen Mushrooms: next step in coffee’s journey is a new Rritual

This is the kind of innovation which drives the modern world and which coffee has fueled for centuries. Solving problems not by trying to undo the past, but to adapt it to the needs and means of the present. Indeed, it is no coincidence that some of the key ingredients in Rritual’s re-imaginning of coffee, be they mushrooms or plants, are adaptogens. Molecules which help our bodies cope with stressors.

Modern innovation, with century old ingredients. If that is not an echo of the history of the coffee bean and the beverage we all love so much, I do not know what is. Perhaps it will not take 500 years for our descendants to look back on us in judgement as they sip their mushroom adaptogen coffee. Just as we look back with incredulity on the unfortunate Europeans drinking beer instead of coffee at breakfast.

__
(Featured image by Chevanon via Pexels)